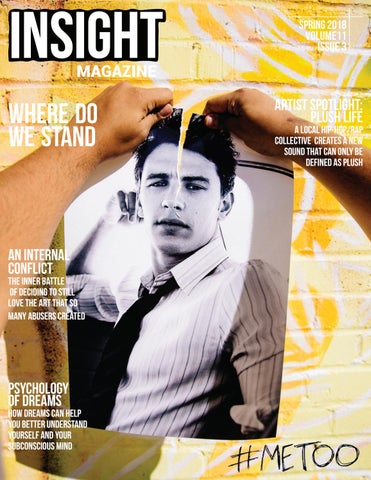 Our world has been shaken up by the novel coronavirus COVID-19. The usual flow to our lives has been disrupted: we are not allowed to leave our homes, our favorite places to eat have disallowed dine-in options and we’re confronted with the morbid reality of a disease that even doctors do not fully understand. Our social and personal distancing places us at home, physically disconnected from the outside world. But with our stay-at-home and shelter-in-place orders comes an interesting side-effect: a return to nature.

There is perhaps no better way to depict creative evolution than with the history of horror films. From the gothic horror of monsters in the 1930s to the slasher movies of the 1980s and 1990s and the psychological thrillers of the 2000s, this genre is as diverse as it is vast, spanning generations of sleepovers and theater experiences.It’s generally agreed upon that the “golden age” of horror began in the 1970s and ended before the 1990s. With iconic movies such as “The Shining,” “Poltergeist” and “Halloween,” there is no denying the cultural impact of this era. Modern horror was birthed amongst disco and arcade games and still stands to be vital in pop culture.

Gina Rose Waller’s music has the ability to get your head bopping in that rare, infectious way. Amidst the dim lights of her stages, her soothing, emotion-filled voice and her rocking guitar solos resonate with an audience in a profound way that keeps them coming back. And keep coming back, they do — Waller has released three EPs so far, and her performances at the Holland Project continue to be supported, which motivates her to keep performing and making music.  Waller has always held a deep appreciation of music; she’s been surrounded by it her entire life. “My brother is an excellent guitar player and inspired me to learn how to play when I was eight years old,” she said.

One of the most anticipated musicals of 2020 is the new “West Side Story,” which will be directed by Steven Spielberg. Loosely based off of Romeo and Juliet, “West Side Story” follows the tragic love story of Tony and Maria, whose ties to rival gangs inhibit them from being together.  The gangs’ main difference is that one gang, the Jets, are white, and the other gang, the Sharks, are Puerto Rican. In 2018, Ansel Elgort was cast as Tony and newcomer Rachel Zegler was cast as Maria. When casting for Maria, as well as for the rest of the Sharks, Spielberg made it clear he was only looking for Latinx people to fill these roles.

The 5 Seconds of Summer Aussies have always been pop-punk rock kings at heart, but they have finally entered a different era with their new album, “CALM,” which dropped on March 25, 2020 and explores all different types of genres.  The band first teased the “CALM” with its first lead single “Easier,” released in May 2019. The song itself was just a quick snippet of what the rest of the album had to offer.