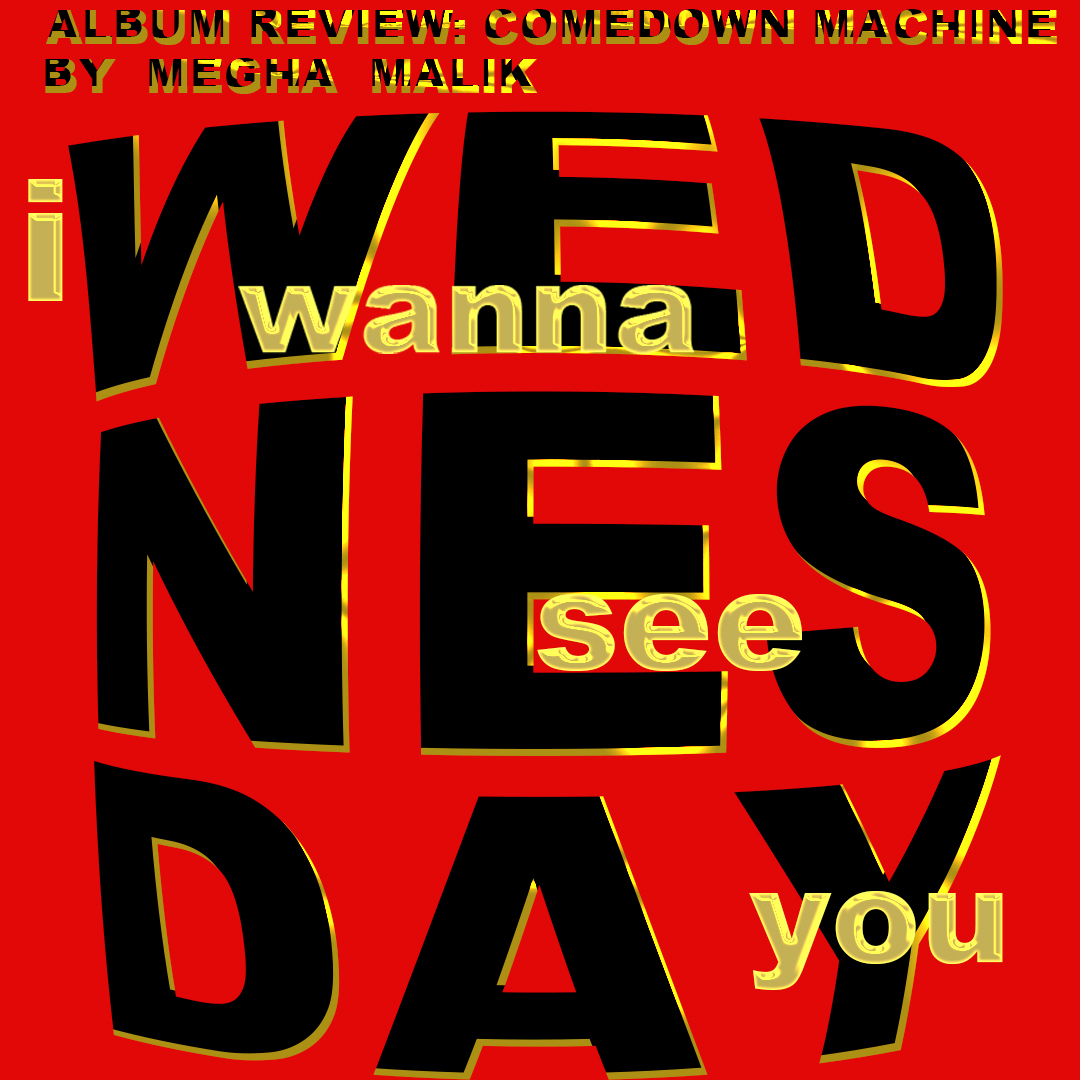 I Wanna See You Wednesday

By Insight MagazineNovember 25, 2022bands
No Comments

They did not promote it at all. No performances, no interviews, no photoshoots, no television appearances, and no marketing. Even when it came out, Julian Casablancas stated that they did not tour because the band was not “in harmony.” Once released, “Comedown Machine” reached some success, but nowhere near the infamy that “Is This It” elicited with its release in 2001.

“Comedown Machine” released in 2013 as the Stroke’s fifth studio album, and it contains an artfully eclectic mix of immersive mellotronic harmonies with their classic hazy garage rock. Listening to the album in its entirety quite literally pushes you into a multi-faceted dimension full of angst, vertigo, and nostalgia. With its 11 songs, each telling a story of its own, you are taken on a 39 minute and 54 second journey through every possible emotion you could imagine—at least I am.

“Comedown Machine” begins with “Tap Out,” setting a groovy tone for the entire album. We are then reminded of the characteristically ‘Strokes sound’ that paved the way for the indie garage rock genre in the early 2000s with a piece like “All the Time.” Following up with  the intoxicatingly taut and punchy hooks of  “One Way Trigger” and “Welcome to Japan,” we forget which way is up and which way is down. Then to reorient (only slightly), we are introduced to the album’s namesake: “80’s Comedown Machine.” Being the longest song on the album at 4 minutes and 58 seconds,  this song transitions us into a subliminal space with Julian Casablancas (the lead singer), gently yearning for someone to “please run away.” Run away we do, to Nick Valensi’s rowdy guitar riffs, which stun us back to reality with a more classic sound in “50/50.” Next we have “Slow Animals,” which is a personal favorite. “They’re always scared of where their daughter’s been, ‘cause who knows, she could be alone with men…they’re never gonna let us understand, or show you what it is to be a man.” With slower, more nuanced beats that are weighed down with Casablanca’s distant vocals and an obscure narrative, I find myself romanticizing the mundane. I especially love its sister, the unreleased single, “Fast Animals.” It’s the same song sped up, with a higher vocal pitch, giving us two sides of the same coin. And with a much less sincere narrative, it’s a lyrical masterpiece as well: “Don’t have to lick my face, everyone can see that you’re a psycho in displace.” Amen.

To reinforce this growing arc of chaos, the next song “Partners in Crime” follows the same theme, with its guitar-driven melody and fast tempo. In fact, it has the fastest beat on the entire album. Now the next song, “Chances,” attempts to break this chaotic drive by showcasing the gentle side of Casablanca’s vocals. Being a breakup song, I start to think that the narrative throughout the album is one telling of the turbulence in a passionate relationship. It would make sense then, that the next song following “Chances” is “Happy Ending.” Prepare yourselves with this one, for your ears are about to experience the love child between two downstroke-driven guitars and one expressively explosive drum. Then, to serenely fall into a 70-foot pit of nostalgia and blue velvet, you get hit with the mesmerizing ballad  “Call It Fate, Call It Karma.” The entire song has this almost muffled audio effect that makes you feel sincerely nostalgic by the very end of this album.

Additionally, Casablanca’s vocals throughout the album supplement the instrumentals in truly complex ways. Through singing in falsetto, experimenting with different reverb techniques, and using the synthesizer, the band creates countermelodies that push the songs even farther. This complementary balance is unlike anything I have ever seen in a previous Strokes album. When in conjunction with the lyrics, the band curates a very unique space.The ambiguity of their lyrics is met with an equal proportion of density in terms of meaning, and you are left feeling a weird mix of confused and existential emotions. That’s another aspect of this album that makes the experience of listening to it so diverse: the fact that the lyrics are direct, simple sentences, but their conciseness doesn’t sacrifice any depth of meaning.

“Comedown Machine” proves itself to be an unrecognized gem, and it has stayed that way for the past 9 years. Listening to this album makes you feel like Alice in Wonderland, and as you tumble down into this magical world, you are touched by every single drumstick, car tire, and feather. There’s nothing else quite like it. Every time I listen to the album, I feel like I’m on the verge of the most confusingly romantic heart attack in history. What fascinates me most with this album is how stylistically unique it is, for the Strokes and for the genre of indie garage rock— and it only took them 39 minutes and 54 seconds to do it.