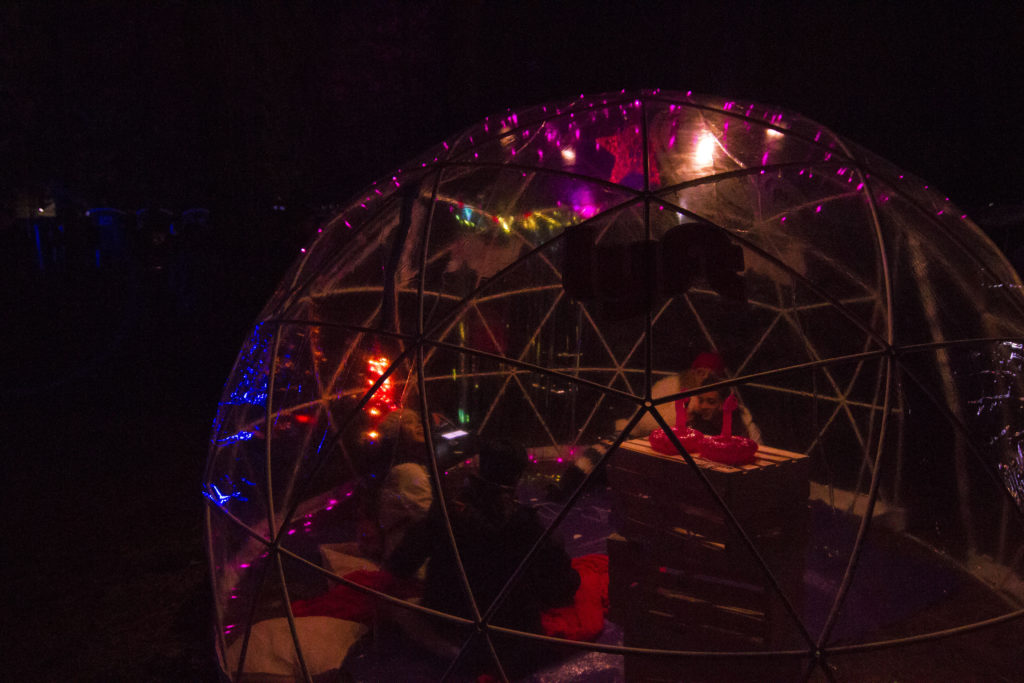 Day two drew in more festival goers as performers like Dillon Francis and Madeon lit up the main stage. People huddled in transparent igloos in between performances as smoke and fireworks filled the night sky as the crowed danced the night away. 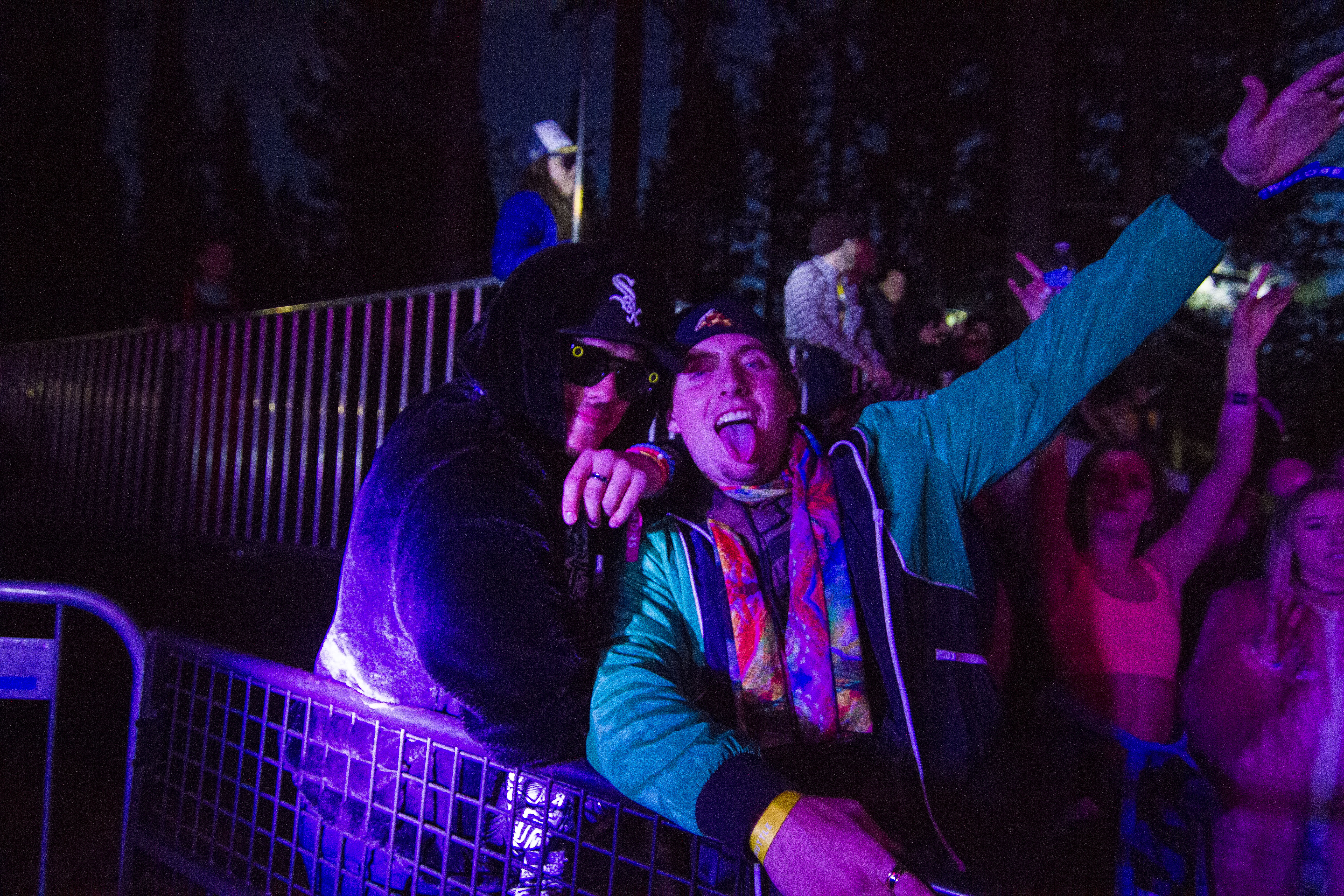 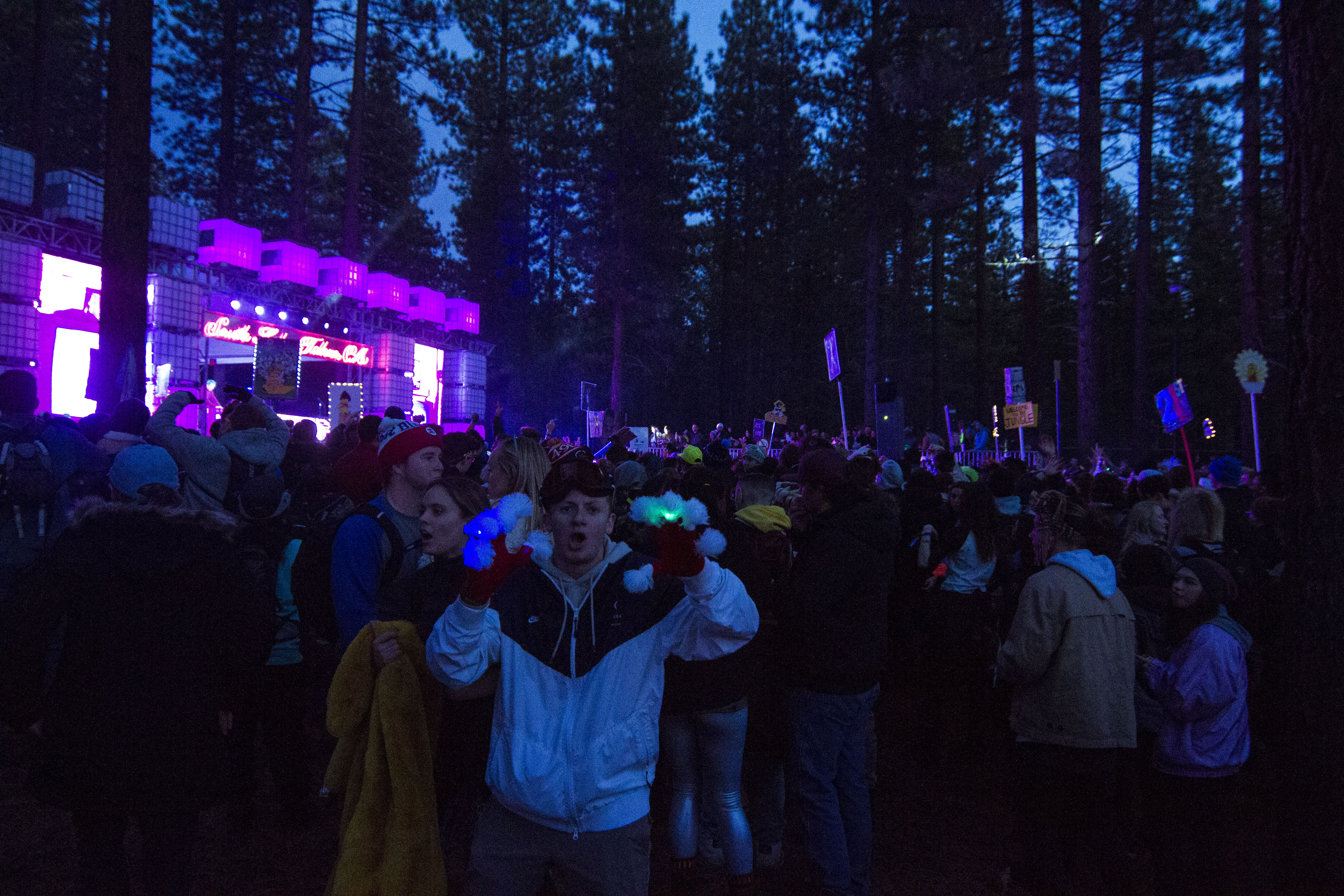 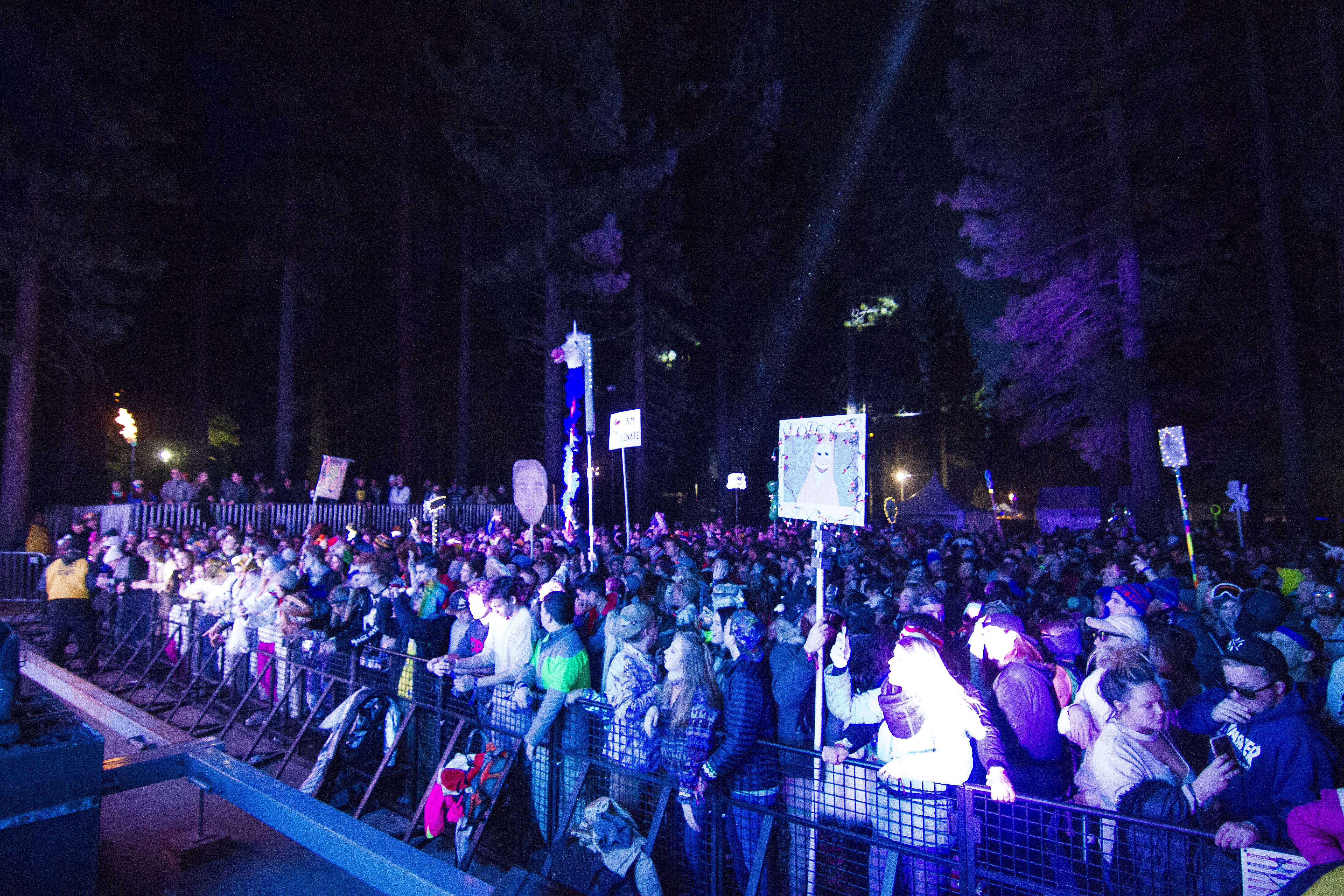 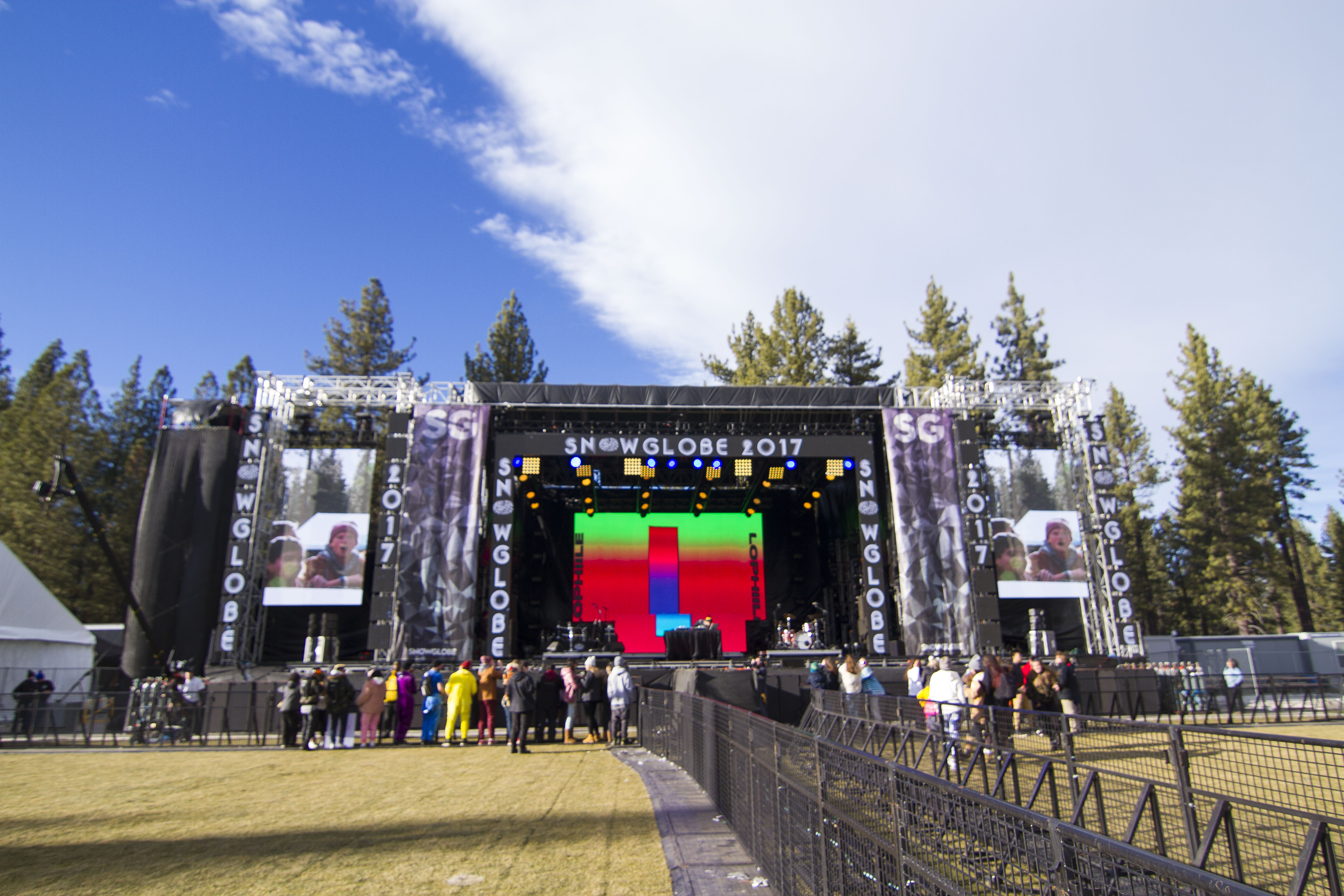 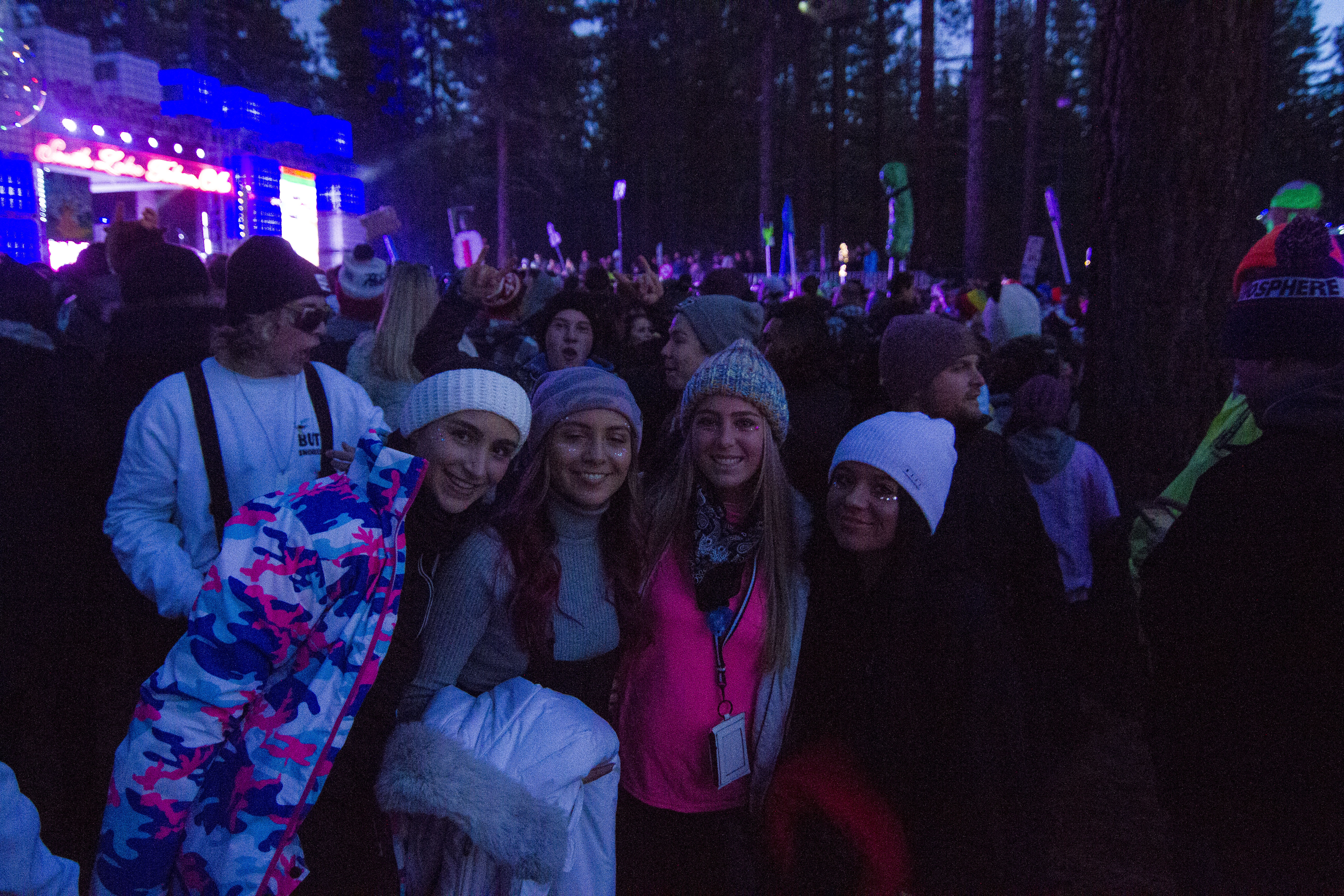 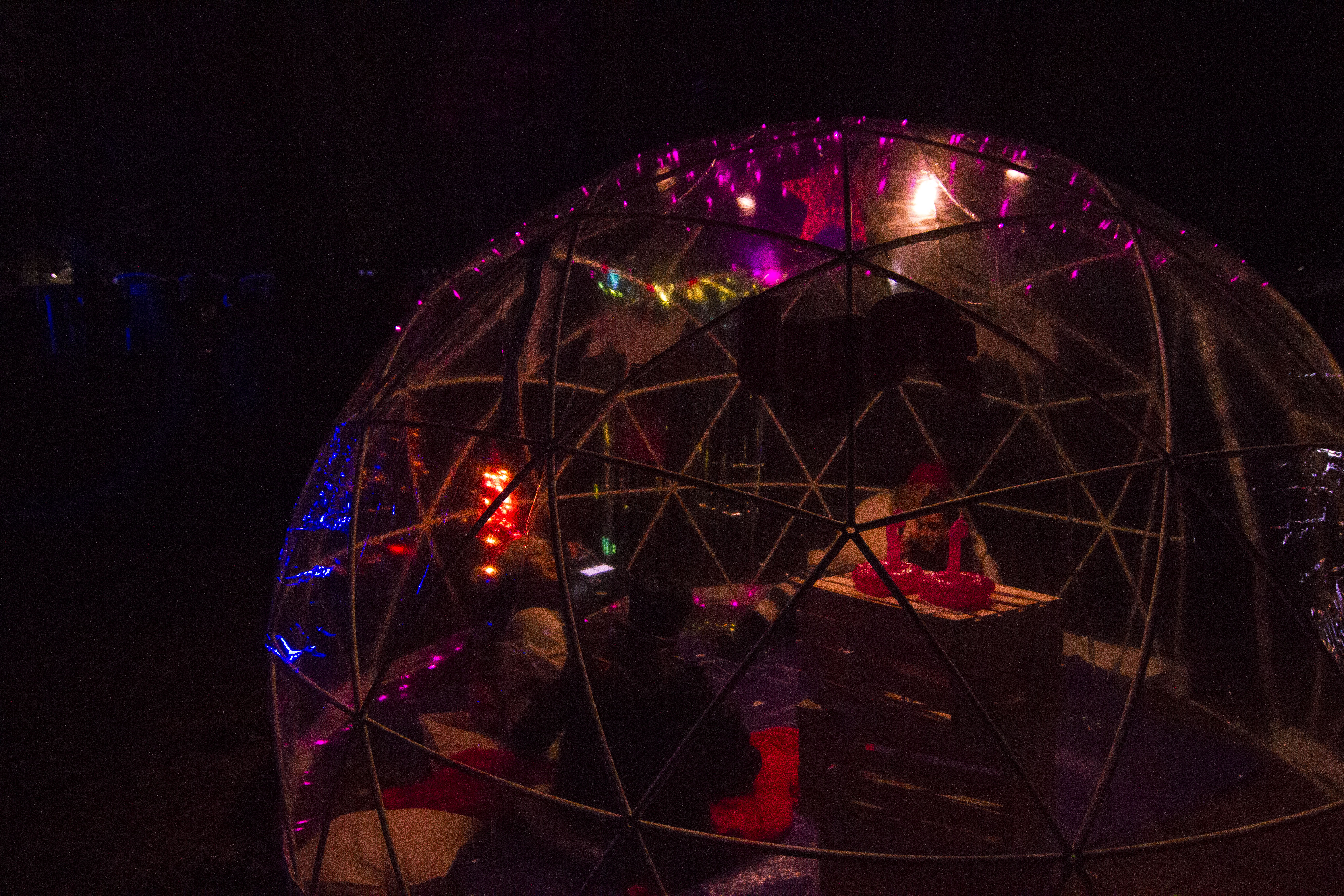 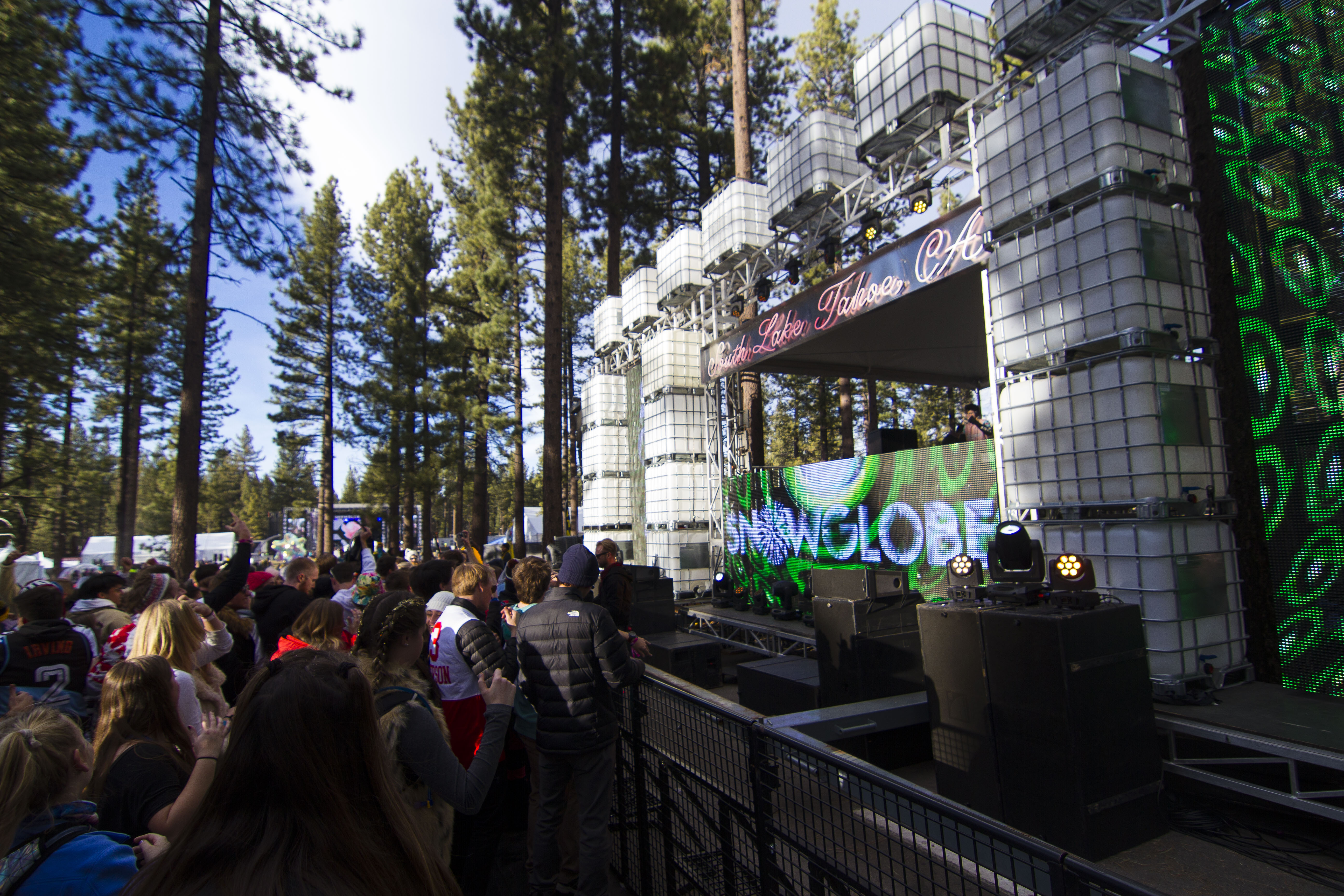 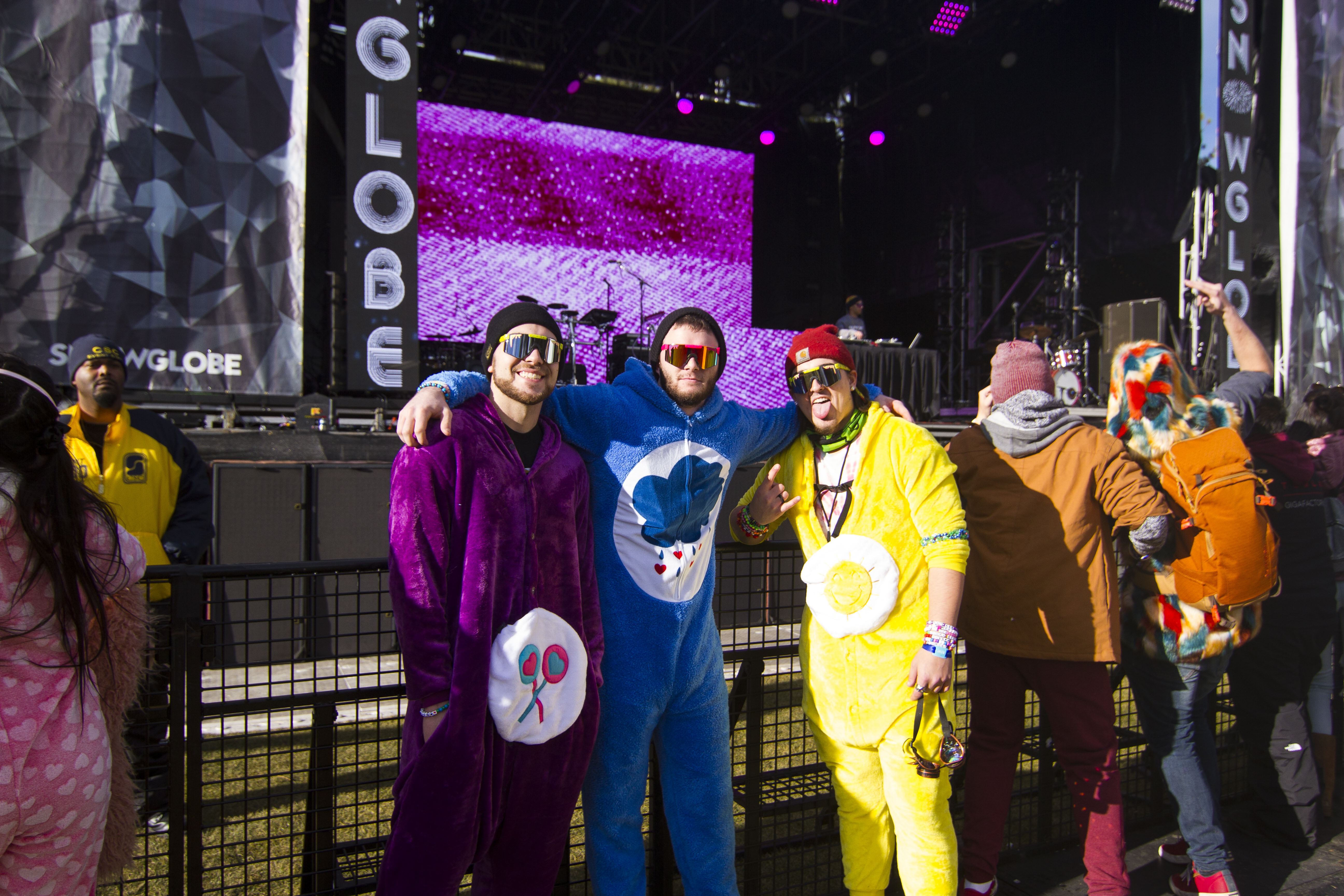 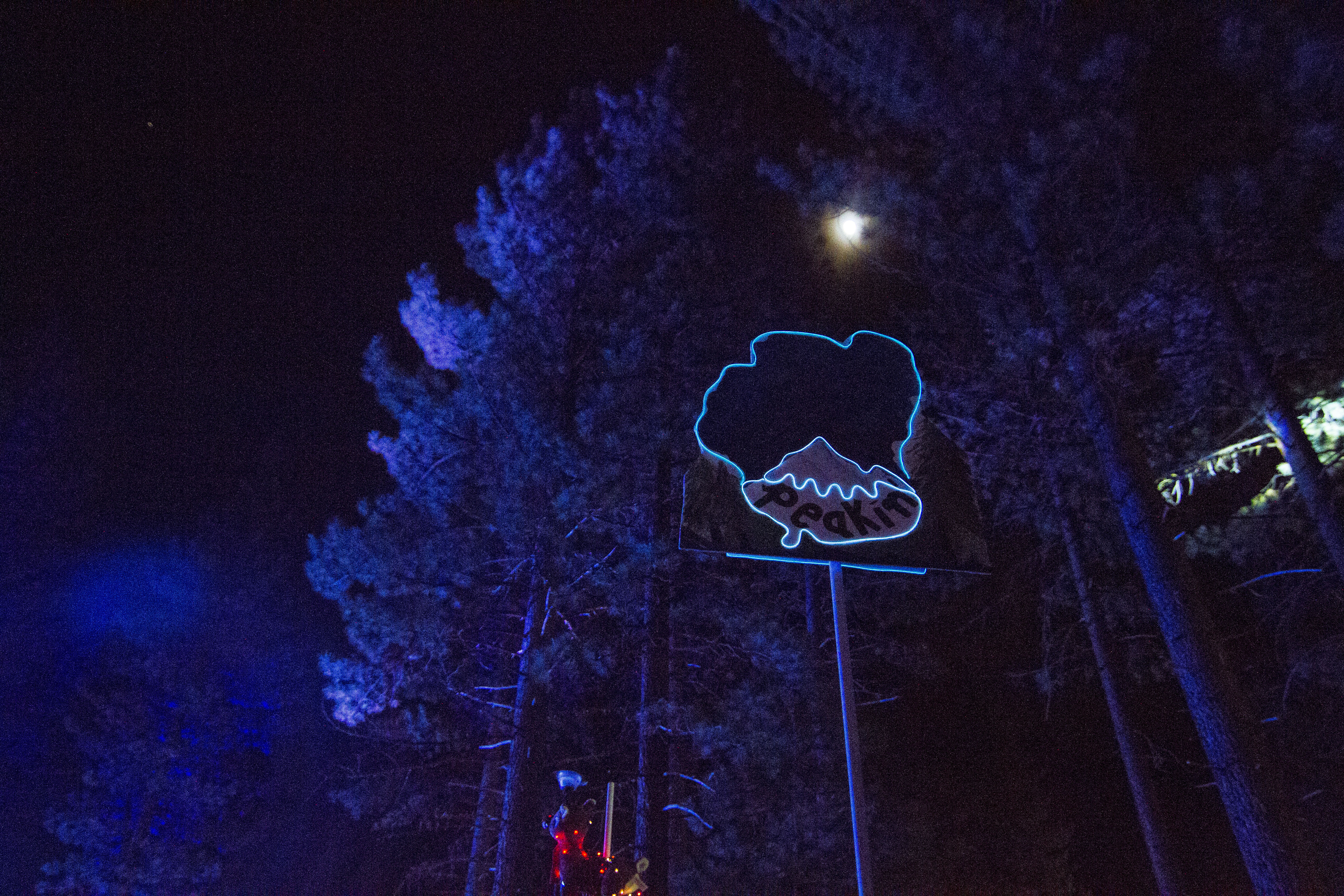 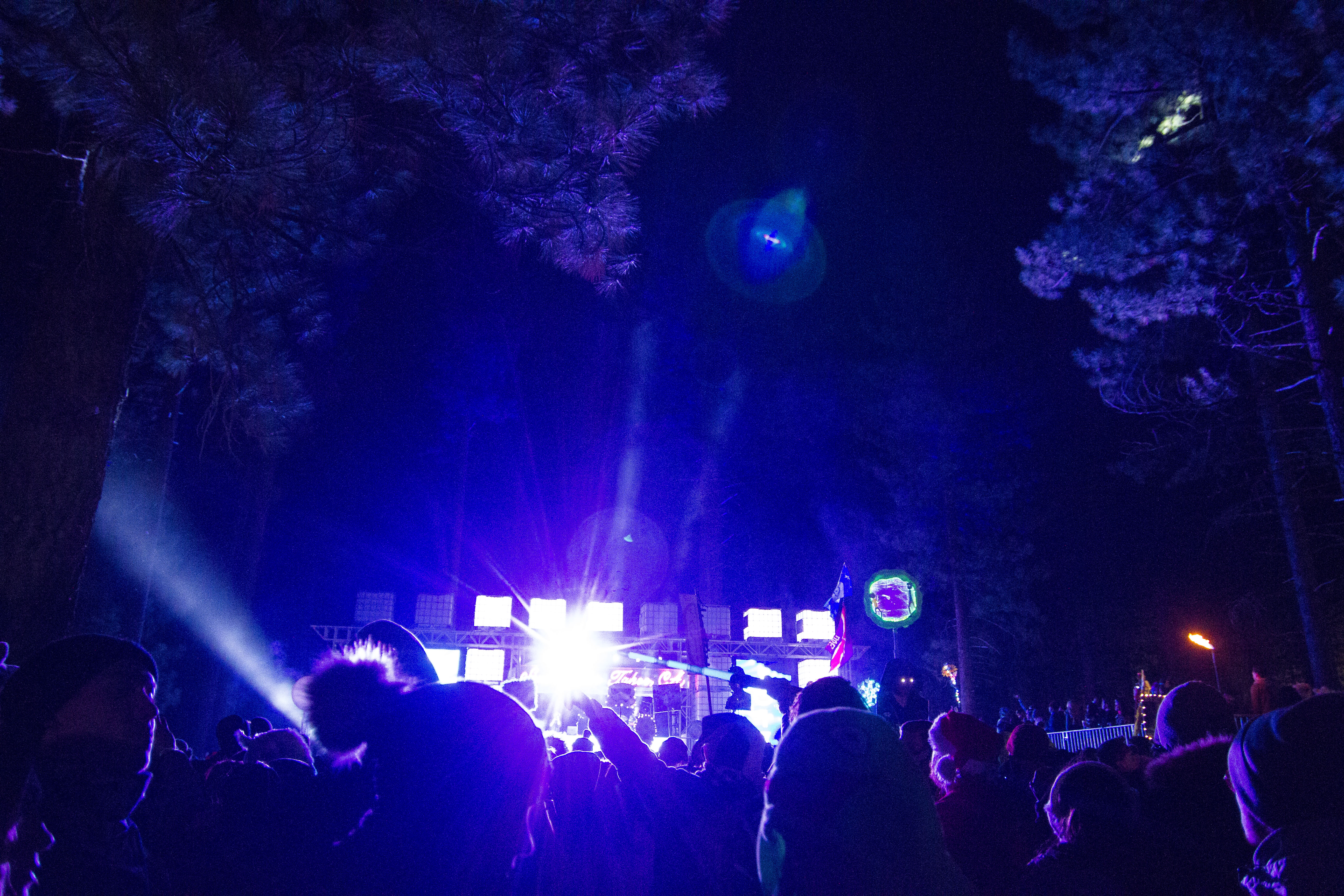 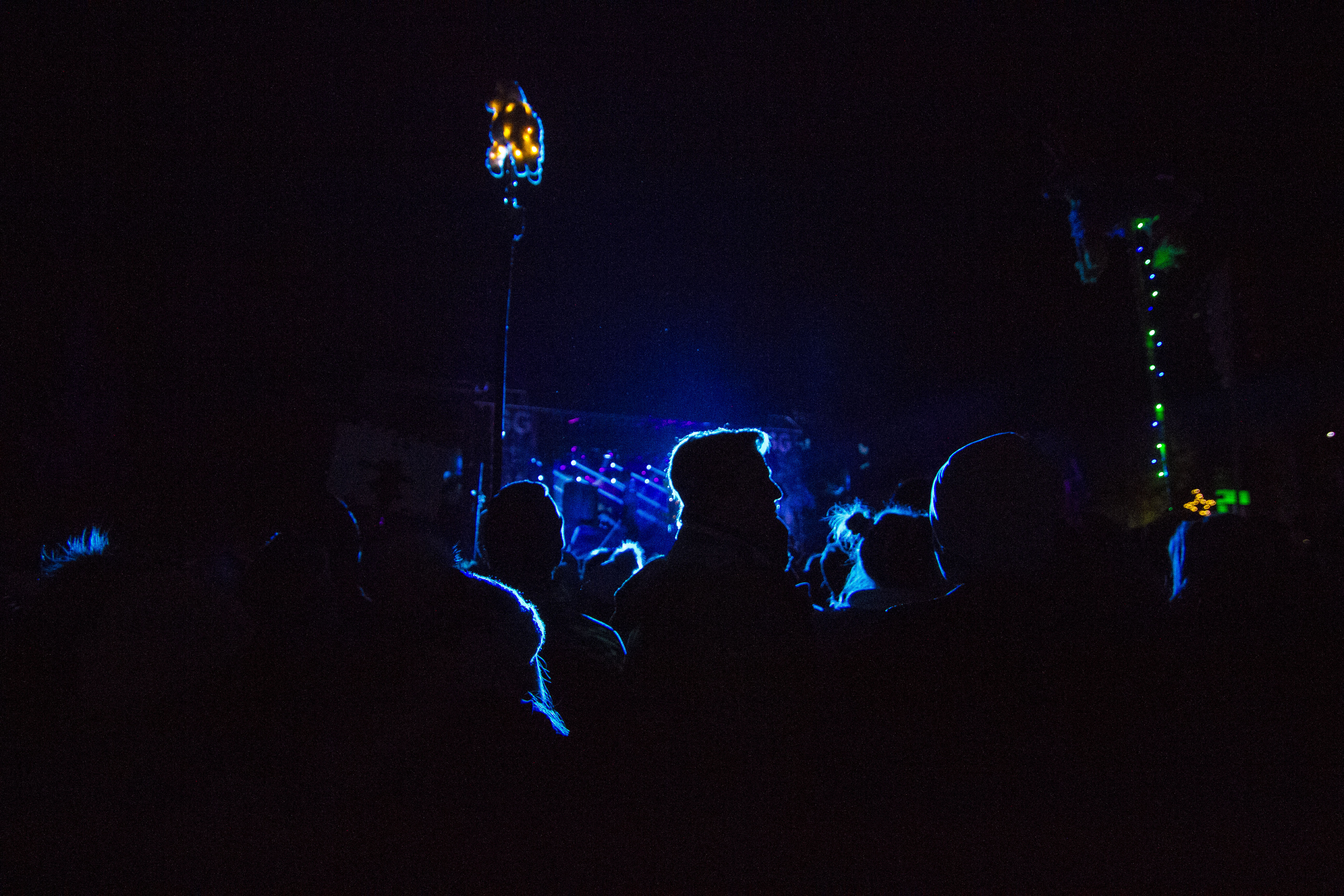 Rewriting the Fairytale for Efficiency

A new survey found an increasing trend: that millennials are having sex with someone before dating them more and more often. Another increasing trend among millennials is to use dating apps to meet people. Correlation is not causation, but the evidence is pretty damning.

Match.com conducts the largest comprehensive dating survey in the country every year. It makes sense that one of the biggest online dating companies would spend the most time and money getting the most reliable information about their industry. The most recent Singles in America survey has gathered revealing data on how millennials date.

A professor of mine recently described millennials as “people 18 to 24.” A generation encompasses a wider time frame than a mere 6 years. There is more than 6 years between the baby boomer generation and Generation X. It’s closer to 20.

Generation Y, deemed millennials by pop historians Neil Howe and William Strauss, includes anyone born between the years 1982 and 2004. Some secondary authorities start Gen-Y as early as 1977, but Howe and Strauss literally wrote the book on generations – entitled Generations. Millennials have been trash-talked for so long that the first and oldest millennials are now 35 years old, with the youngest at barely 13. Let that sink in.

According to the Singles in America survey, millennials are 48 percent more likely than previous generations to have had sex with someone before even going on a date. How’s that for instant gratification?

“They’re not getting into bed just to have sex. They’re doing it to see who the person is, if they want to put their time and energy into them,” Fisher said. “You learn a lot between the sheets.”

Kathleen Hull is an associate professor of sociology at the University of Minnesota. In the Star Tribune article “Modern Dating Dilemma” by Libby Ryan, Dr. Hull explained that this “hook-up” culture is nothing new. According to Hull, hooking up “really started with the baby boom generation.”

The Singles in America survey data backs that up, concluding that millennials do not have casual sex at higher rates of previous generations. The catalyst, then, is the development and popularization of dating apps like OkCupid and Coffee Meets Bagel.

Trinity Strifas, 25, is a licensed practical nurse in Long Island, New York. Living in one of the biggest night-life cities in the country, she knows what’s what when it comes to dating.

Strifas agreed “dating is casual these days.” She explained that dating, in her experience, is pre-relationship. People dating might go to lunch, dinner, coffee, or a movie. Bars and clubs are typically for one-night-stands.

The 2017 Singles in America survey found 64 percent of singles meet at bars. If these venues are typically for one-night-stands as Strifas says, that certainly supports the survey findings that millennials are 48 percent more likely to have sex before dating.

The data certainly demonstrates that the best odds of meeting someone is at a bar, for whatever motive. But what if you don’t enjoy the alcohol-driven culture of bar hopping and clubbing? Other than a serendipitous, rom-com “meet-cute,” the next best option is online dating.

According to the Pew Research Center, 44 percent of adults in the U.S. reported that online dating is a good way to meet people in 2005. As of 2015, that number has grown to 59 percent. This opinion now represents the majority of the country.

Katy Locke, 26, is a kids’ soccer site coordinator and director in Cupertino, California. Her bachelor’s degree in sociology gives her a unique perspective on all things people-related.

“Millennials have a more difficult time defining what dating really means, but the way that they most often get together is telling of what they want,” Locke said, adding, “Online dating is more convenient than meeting people while going out to bars or whatnot.”

Dating through apps is the easiest dating trend right now. For people in school or working odd hours, traditional ways of meeting people don’t always fit into their schedules. Mr. Right may be more than a swipe away, but Mr. Right Now enjoys hiking and has a dog in his picture.

Locke said the most common dating practice among millennials is online dating and dating apps such as Clover, Grindr, and Plenty of Fish. According to the Singles in America survey, millennials are 57 percent more likely than Gen-Xers and baby boomers to have created a dating app profile.

“It’s easiest to date when dating is convenient and simple to access,” Locke said.

Despite these findings, 57 percent of millennials report they are lonely. Millennials are 22 percent more likely to feel that technology has made finding love difficult. Strifas believes our access to unprecedented technologies makes dating both easier and more difficult at the same time.

“Easier because we have access to people constantly,” Strifas said. “Difficult because since you have more access you can see how they are as people and make judgments and end up driving yourself crazy if you see other women or men talk to them.”

Statistic Brain is a trusted research provider to CNN, Forbes, and The New York Times. The data they gathered in April 2017 shows the scale of the online dating phenomenon in the U.S.

There are over 54 million adult singles in the U.S. Over 49 million have tried online dating. Almost everyone who’s been single at some point in the past 20 years has created a dating profile. Men make up the majority of online daters at 52 percent.

The instant gratification and single-serving nature of dating apps such as Bumble and Hinge are already prevalent in pop culture. Fans of the primetime Emmy-award-winning dramedy “Shameless” cheer and curse twenty-something female lead Fiona Gallagher, as she exploits Tinder strangers for quickies between work shifts and home life. Art imitates life. Fiona’s behavior is merely a reflection of our reality.

According to Statistic Brain, a woman’s online desirability statistically peaks at 21. Not to worry, ladies. At 26, women still have more online pursuers than men. Men have to wait until 48 to have twice as many online pursuers as women.

Anthony Stone, 34, is the food and beverage director of the Cleveland Agora in Ohio. As a concert venue director and bartender, he is privy to intimate details about millennial dating life. People tell their bartenders all sorts of things.

“Millennials live life on an instant gratification and throwaway mindset,” Stone said, elaborating, “They can UberEATS food immediately. They can download any song or movie from the comfort of their home. They can upgrade their smartphones every year. Dating is at a swipe.”

The Singles in America results show that 28% of millennials view sex as criteria to decide if they’re in love with the person. People tend to want to test-drive cars before they buy them.

It’s conceivable millennials who engage in this behavior use sex as an audition for something more. Perhaps by having sex before dating, these people are saving time and money from an outdated system that can be compared to a disguised form of prostitution. Man buys woman enough meals… tale as old as time. Whatever perspective, millennials are rewriting the fairytale for efficiency.