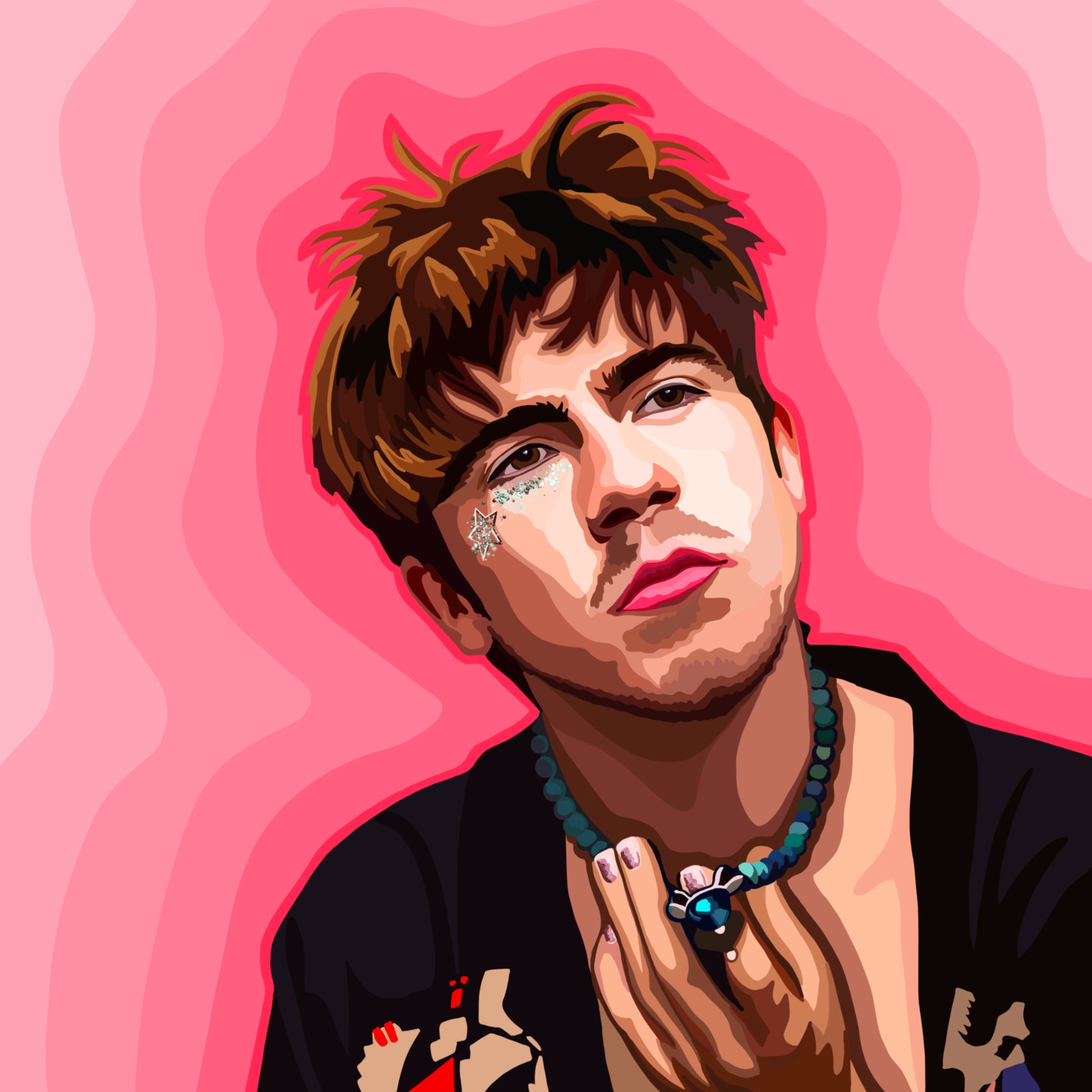 “What do you think about the rocket I built?” cheekily asks a 17-year-old Declan McKenna on the opener of his new album “Zeros.” In his sophomore album, British singer-songwriter, McKenna strays away from the indie rock as seen on his debut album and produces a concept album that explores dystopian 80s rock sounds. He becomes experimental with this album and most importantly, he showcases his political critique, but in rock style.

In an interview with NME magazine last year, McKenna claimed he “[wouldn’t] really describe [himself] directly as a political musician.” “I think I have an opinion on a lot of things, and I guess I’m someone who wants to share that and wants to make a point about certain things I think are right and wrong.” “Zeros” leaves the current indie tunes behind for something less radio pop and delivers futuristic-dystopian lyrics. Even with funky retro tunes, McKenna finds a manner to make political songs sound upbeat, creative, and fun.

On “Zeros,” McKenna highlights weightier topics such as climate change, online radicalization, and surveillance capitalism. Song “Sagittarius A*” criticizes industrialists for their deluding thoughts of avoiding climate emergency and fleeing to Mars. “You think your money’s gonna stop you getting wet. Noah, you best start building.” In recent years the melting of the glaciers has become a major world occurrence that intensified during the 20th century and has left the world iceless, and rumor has it that those with money don’t have a care about these issues. But, those with wealth are also affected deeply, and this song is a cry for help for people to become more aware and cautious of saving, taking care of, and knowing what is happening to our earth. McKenna is expressing his concerns for the planet and is telling everyone to listen and take care.

Following “Sagittarius A*,” comes another political rock anthem and the first lead single off the album, “Beautiful Faces, which is a song about surveillance capitalism. McKenna Describes this song as a “brave new anthem for doomed youth,” wherein he sings of the modern day struggles young people are facing. He emphasizes the idea that people are constantly being watched and the notion that technology is impacting inequality. This preconceived notion of always being watched through social media and the way technology is rapidly improving and is getting more savvy is going to harm the youth even more than it already is. “Beautiful faces smiling over us, lift your hands up and lead us back home,” highlights the way attractive people are portrayed in reality TV and social media. It’s almost condescending in the sense that the phrase “smiling over us” feels threatening in nature. It’s a metaphor for the “power dynamics between the general population and the celebrities as well as the power they hold ‘over us.’” McKenna stresses his worry in this song that the “beautiful faces” will hold even more power to the point that we cannot get away from their looming presence. “Beautiful Faces” is a personal favorite of mine and in my opinion the best track off of the album.

In “Zeros” Declan McKenna has more to offer as far as storytelling goes. McKenna produced a solid second album and is bursting with new, creative, inventive images and sounds that are enough to entertain the youth. Albeit, the album couldn’t have been written without the ill’s of today’s society, but underneath all the glitter and glam, McKenna is still able to master a beautiful melancholy masterpiece.