In the era of ‘girl power’, encouraging women to shatter glass ceilings and be their own bosses has become incredibly common. In some fields, such as engineering and computer science, there is a huge struggle to see women in visible roles. Women make up half of the total United States college educated workforce but only 29 percent of the science and engineering workforce, according to statistics from the National Girls Collaborative Project. They also received half of the degrees awarded in the biological science in the past year, and only 19.3% in engineering, and even less than that in computer science at 17.9%.

That’s where the Women in Computer Science and Engineering Club, or WICSE, comes in. Their goal, according to their website, is to bring women together who share common interests and support women dedicated to careers in the engineering field. Hosting guest speakers, conferences, and workshops, the club hopes to get women more involved in STEM positions.

Assistant professor Emily Hand is new to the College of Engineering this semester and is the faculty advisor for the club. Hand teaches computer science and engineering, and her research interests include computer vision and machine learning, which is the automation of vision for machines and how they can learn like a human, respectively.

The need for this research is incredibly important as automation becomes prevalent in the workforce. The university is also working to accommodate more engineers, with the creation of Great Basin Hall, a dorm for STEM majors, and the recent groundbreaking of the new William N. Pennington Engineering Building, projected to be finished in the summer of 2020. 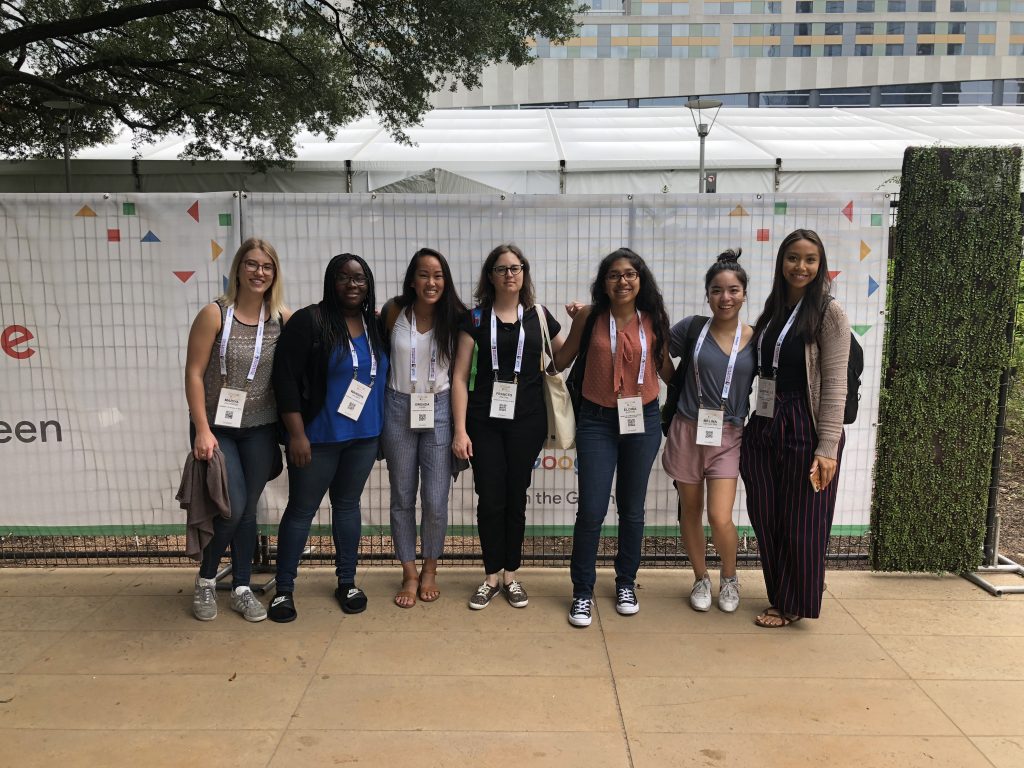 Frances Vinlove is the treasurer for WICSE and works as a chair for the Programming Committee, Engineering Leadership Council, and works with students in the MESA program.

“I joined the club because I was looking to meet other computer science engineering people and to be in a leadership role, which I enjoy and thrive in,” Vinlove said.

The club attended the Grace Hopper Celebration for the past two years. It is a massive conference celebrating women in computing. Hosted by AnitaB.Org, a digital community for women founded by computer scientist Anita Borg, the goal of the conference is to envision a “future where the people who imagine and build technology mirror the people and societies for which they build it.”

“We also hosted the Most Significant Bit in April,” Vinlove said, “For the past four years, we invite middle school and high school girls to the campus, supply free food and swag, and they get to learn about computer science engineering in a fun environment with different activities.” Wanisha Holmes is the Events Coordinator for the club, and says that anyone who is interested in supporting WICSE can simply just attend one of their meetings; there is no previous engineering experience or major requirement to be a part of it.

“Women in this field are very rare, and being able to connect and share experiences with other women and help encourage them is an amazing thing,” said Holmes. She says that one thing she enjoys most about engineering is that the topic is constantly changing, and evolving and there is always “something fun and exciting that needs to be solved.”

However, being a female in a male-dominated profession comes with some drawbacks. Holmes says that women can face the challenge of not being good enough or smart enough to be in the field.

“Work hard and believe in yourself, no one can tell you you’re not good enough. Strive to be the best in the world at what you do and you will be unstoppable, is what advice I would give,” Holmes said.

If that isn’t inspiring in today’s challenging world for women, then what is?