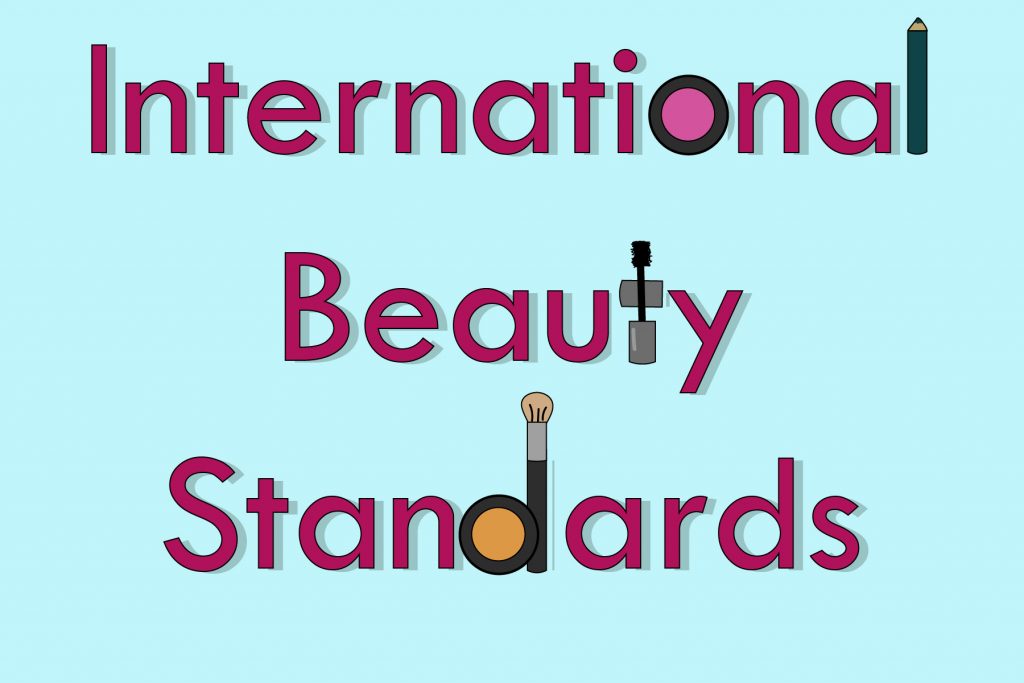 Women across the globe often feel as though certain aspects are expected of them — to look and present in a specific manner according to their surroundings. From body piercing ideals to the length of a woman’s hair, standards differ from country to country in order to conform to what is considered conventionally beautiful. So, how do foreign women living in the United States adapt to American beauty standards?

“You cannot say what is truly beautiful, but you can say what most people like from each country,” said Merle Ocampo, a nurse from Hernani, a fifth class municipality of the province of Samar, Philippines. Ocampo, 58, is the supervisor at St. Mary’s Regional Medical Center in Reno, NV, and began her career in America after traveling from her home country in 1993. She currently has one daughter attending the University of Nevada, Reno, who identifies as a Filipina-American woman.

“Yet, the Philippines have ideals that are very strange,” Ocampo said, “If you go to a drug store, you will see whitening products left and right. Whitening soaps and creams, everything. For some reason, they think if you are fair, you are beautiful.”

A study conducted by Peggy Chin Evans and Allen R. McConnell about minorities responding to American beauty ideals showcased that, “In American society, many women strive to attain mainstream, Western standards of beauty, which are derived from a predominantly Anglo-Saxon influence.” In addition, this study also concluded that Whites often follow trends to attempt to change their racial makeup; the opposite goal from minorities living in the United States. For example, many women have been found to utilize-fake tan or other bronzing cosmetics to mimic a more sun-kissed skin tone, whilst many women of color struggle to find cosmetic ranges that encompass colors deep enough to blend with their skin seamlessly.

Indeed, americanized beauty stigmas have evolved to encourage body modification at any cost, increasing the numbers of women seeking plastic surgery. With the YMCA USA reporting that more than $684 billion were spent on eyelid surgery in the average year from 2013 to 2016, the much sought after “american eyelid” has become a standard among society.

Yet, beauty standards fall outside of the cosmetic realm, often including clothing or style in general. Zoe Fitch, 19, is student athlete at the University of Nevada, Reno, who moved to Reno from Guernsey, Channel Islands, United Kingdom. She emigrated for educational purposes in 2016 and hopes to remain in the United States after graduation in 2020.

“One of the beauty standards that surprised me was that I felt super comfortable walking around all the time in sports gear even when I'm not necessarily about to go and work out,” Fitch said. “In England, it is a bit unusual to walk around in active wear all the time, but over here it is a common thing that loads of people do.”

Forbes reports that one of the biggest challenges clothing companies have in advertising to immigrants is not being sure of where their audience is in terms of assimilation, with a gross average of $5.5 billion spent on advertising to Hispanics alone as of 2010.

Noris Buitrago, 22, traveled to the United States from Panama City, Panama, for her education at the University of Nevada, Reno. Through her 4-year experience in America, she has been able to define key differences in beauty standards between the United States and her home country.

“I think beauty and attractiveness mean something a little different in my country,” Buitrago said. “Beauty is also accompanied by intellectual knowledge and good qualities. If a woman is physically attractive but also professional and more conservative, she will definitely get a lot of attention.”

However, many women feel the pressure to americanize their beauty and style ideals to an extreme standard. Ocampo further explained the judgement she faced in representing a Filipino woman in America.

“The city girls would look at me and say, ‘What is she wearing?’ but I didn’t care,” Ocampo said. “I think women should be secure about themselves. So the judgement they will get, they will not be affected, it will not destroy them, but they will define themselves.

“I can put on makeup, but if i don't feel good inside, I don’t feel beautiful,” Ocampo said. “You have to feel good about yourself to make you feel beautiful and like you are a part of something bigger than just beauty.”