By ASUNJune 7, 2018Uncategorized
No Comments 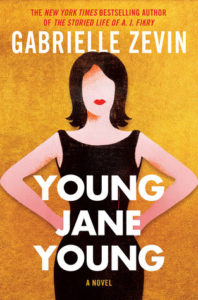 A Monica Lewinsky-style scandal rocks the Jewish community in Boca Raton, Florida when an intern named Aviva Grossman strikes up a relationship with the district’s congressman. Due to all of the gossip and slut shaming she faces when the scandal is exposed, Aviva cuts all contact with her family, legally changes her name to Jane Young and moves to Maine. Fast forward a decade, and Jane is now a wedding planner with a daughter, Ruby. Jane’s secret is hidden from Ruby as she tries to raise her daughter to be strong and stand up for herself from bullies.

The perspective of the novel shifts through 4 characters: Jane’s mother, Jane, Ruby and the congresswoman’s wife. The engaging story focuses on feminism and also deals with sex scandals and serious consequences in a realistic way, and it sheds light on how slut shaming and body image can affect college-aged women’s choices.

Everything You Want Me to Be – Book by Mindy Mejia 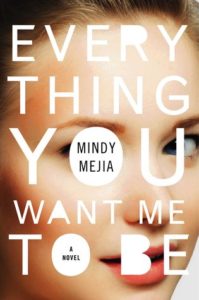 Fans of Shakespeare will enjoy this novel’s parallels to Macbeth. A high school senior and brilliant actress is found murdered and during the investigation, a dangerous and steamy affair is exposed between the victim and her married English teacher. The perspective switches between one of the detectives on the case, Hattie, the student and Peter, the teacher. As the police and Hattie’s family uncover her double life after she is gone, it is important that we also hear from her side of things. Her character is manipulative and she often refers to her many “roles”: the good student, the good daughter and the good girlfriend. Hattie’s dream of becoming an actress on Broadway reveals how she is determined to get what she wants, how obsessive she is over her teacher and failing to see how she ruins his life makes her a fitting Lady Macbeth for the school play.

While there are two suspects for the murder, the novel gives clues that everything isn’t always reliant on evidence and testing. Readers may also find Hattie’s strong willed personality and ruthless actions unrealistic and downright disturbing as she ruins Peter’s marriage and mental health. Overall, the novel is a juicy read and shows how love and lust play their roles in serious relationships. 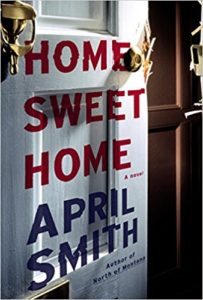 A novel set during the time of America’s witch hunt for Communists, a young family aspiring to become politicians gets swept up in decade-old accusations in a small South Dakota town. New York city-slickers Calvin and Betsy Kusek move to the Midwest after they first meet. Calvin is a lawyer and Betsy is a former member of the Young Communist League and a traveling nurse.

Calvin has aspirations to run for the Senate as a Democrat in a sea of Republicans, and his opponent is a greedy, ruthless man. The story’s smear campaign is pretty tame compared to the 2016 Presidential election, but readers will appreciate the story’s fair handling of a trial. The novel also has a lot of characters in the town that the couple interact with and it can be hard to keep track of everyone, and a brand new, totally unrelated character comes in about 20 pages before the novel’s end makes this a long and often tricky read. 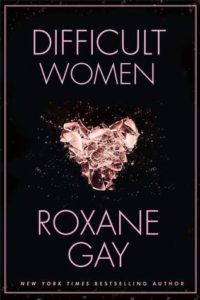 This Audie Award nominated collection of short stories is centered around female characters, ranging from realistic fiction to sci-fi genres. The topics covered in the stories are serious and range from LGBT relationships to divorce, fat shaming, and racism. Gay is great at crafting complex characters in such a small amount of time, and each comes with a diverse point of view. The stories often deal with dark and sexual themes, and many of the protagonists come with awful life situations, such as a couple whose toddler was crushed to death by a car in a parking lot. The collection has a good variety of story lengths, and the opener is one of the longest as it deals with close sisters moving to Reno after being tortured and kidnapped in their teenage years.