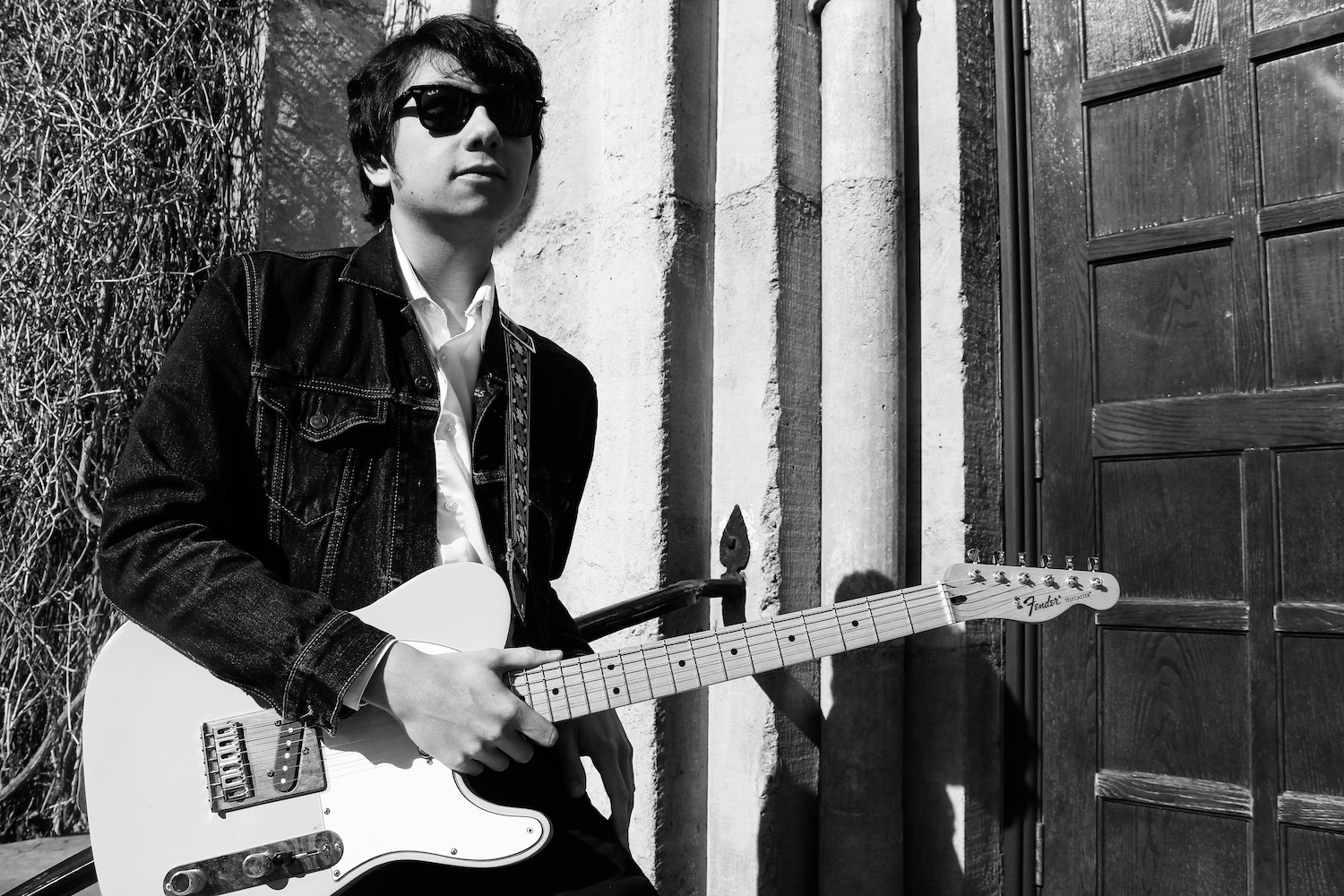 When I first saw Nick Eng, there wasn’t a doubt in my mind whether or not it was him who had just walked into the venue he was set to headline that night. From the black mop haircut, long sideburns, and well put together clothes, Eng embodies everything people envision when they think of The Beatles. It’s his image, and he runs with it effortlessly. Quickly into his performance that night however, it was made clear to me that Eng is more than just his classic look.

Eng, born and raised in Reno, Nevada, is a 21-year-old singer, songwriter, and multi-instrumentalist who is fresh off the release of his first official album. The self-titled album, released January 26, 2018, contains ten original songs written and recorded by Eng himself. From the first track to the last, Eng replicates the ‘60s British Invasion sound that once captivated an entire generation and adds his own modern flare to it. The record’s upbeat melodies and often relatable lyrics welcome anyone to enjoy the songs no matter their musical preferences. On his record and on stage, the combination of Eng’s look and sound creates an atmosphere anyone with a love for music from the ‘60s to ‘80s can appreciate.

For Eng, playing and performing music has always been a part of him.

“I’ve been doing it as long as I can remember. I’ve always liked recording myself and hearing it played back,” he said, adding “Performing gave me an outlet to be extroverted when I am naturally introverted.”

It’s no surprise that The Beatles are Eng’s number one influence, and that influence they have over him has been there since he first discovered them in his childhood. He found them relatable because of the way they looked and the reason why they formed in the first place. To Eng, they weren’t “gussied up” and were simply “four kids who just wanted to get together and play music.” 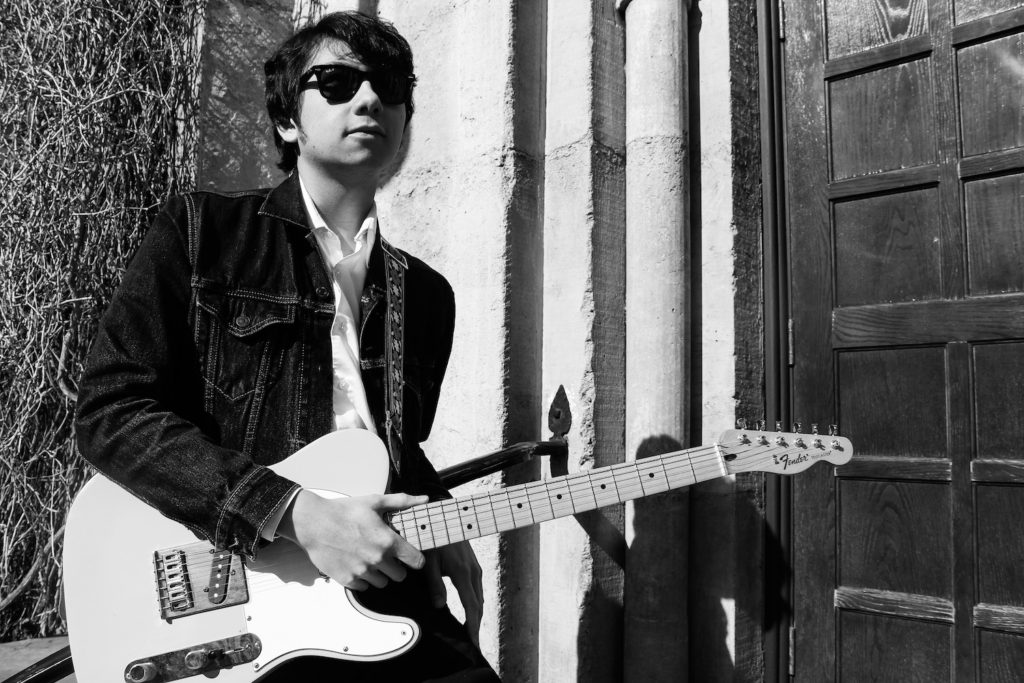 As he got older, Eng was able to further appreciate the group as musicians, and see them transform into the more serious artists they became.

“How they started out as a pop phenomenon and moved into more serious artistic recordings is why I think I’m still so drawn to them,” he said, noting “There is always something to discover by listening to their vast catalogue of work.”

Eng only began his professional music career just a few years ago at the age of 18. He didn’t have a band, but through the years he released two demo albums that he used to create a name for himself. The demos consisted of rougher versions of the songs on his newly released album, but nonetheless gave him original songs to perform at the many gigs he started to play at. If he wasn’t performing solo gigs, he was performing covers with other bands to fill in on vocals, guitar, or anywhere else they needed him.

It wasn’t long before Eng got airplay on the radio. His song, “The One for You is Me” made it to number five in the Reno Gazette Journal’s top original local music list in 2015, but never once did he let any of the recognition go to his head.

“There was a part of me that was like ‘okay not bad, I can do better,’” he said.

At the time, he was certainly proud of his music, but it had yet reached the level he wanted it to be. Despite that, in 2016 as Eng was still trying to perfect his sound, he was nominated for a Forte Award that recognizes local artists in the Reno-Tahoe area.

While balancing being a journalism major at the university and launching his professional music career, Eng was finally able to get his music to the caliber he envisioned, and his new album reflects that.

Just last year he found his bandmates that he just started performing with at his sold out album release show at the Potentialist Workshop on January 26. With Reed Barrus on lead guitar, Chris Monzon on bass, David “Pudge” Gervais on drums, and Eng on lead vocals, his band simply dubbed “NIck Eng” is able to play his originals off the new album and a variety of covers that include, but are not limited to, The Eagles, Elton John, Billy Joel, Tom Petty, and of course, The Beatles.

When I saw Eng perform for the first time, I couldn’t help but notice just how comfortable he seemed while performing solo before his band joined him. I could sense how in his element he truly was as he played guitar and belted out vocals without dropping a note. When his band finally joined him, they brought the house down.

Eng is currently in the early stages of recording his forthcoming sophomore album, and has five songs from his new album playing in rotation on 100.1 the X and NV89. The album can be streamed in full on Spotify or Apple Music, and is available for purchase on Bandcamp, iTunes, and NickEngMusic.com. For Eng, there is nothing he would rather be doing than playing shows and creating music, and nothing that will stop him from achieving his goals.

“I tell people, when push comes to shove, I want to be a good musician. I want to like what I’m doing,” he said, adding “You can’t wait for someone else to make the move for you. You gotta just do it, take matters into your own hands, and make something happen.” 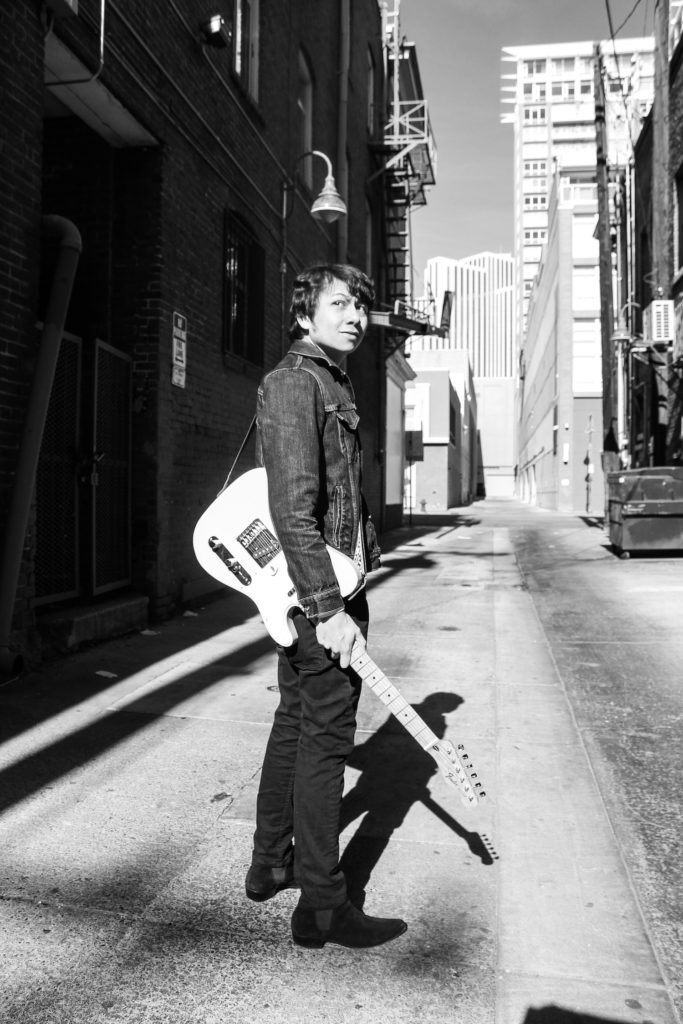