Our Center – Our LGBTQ Community 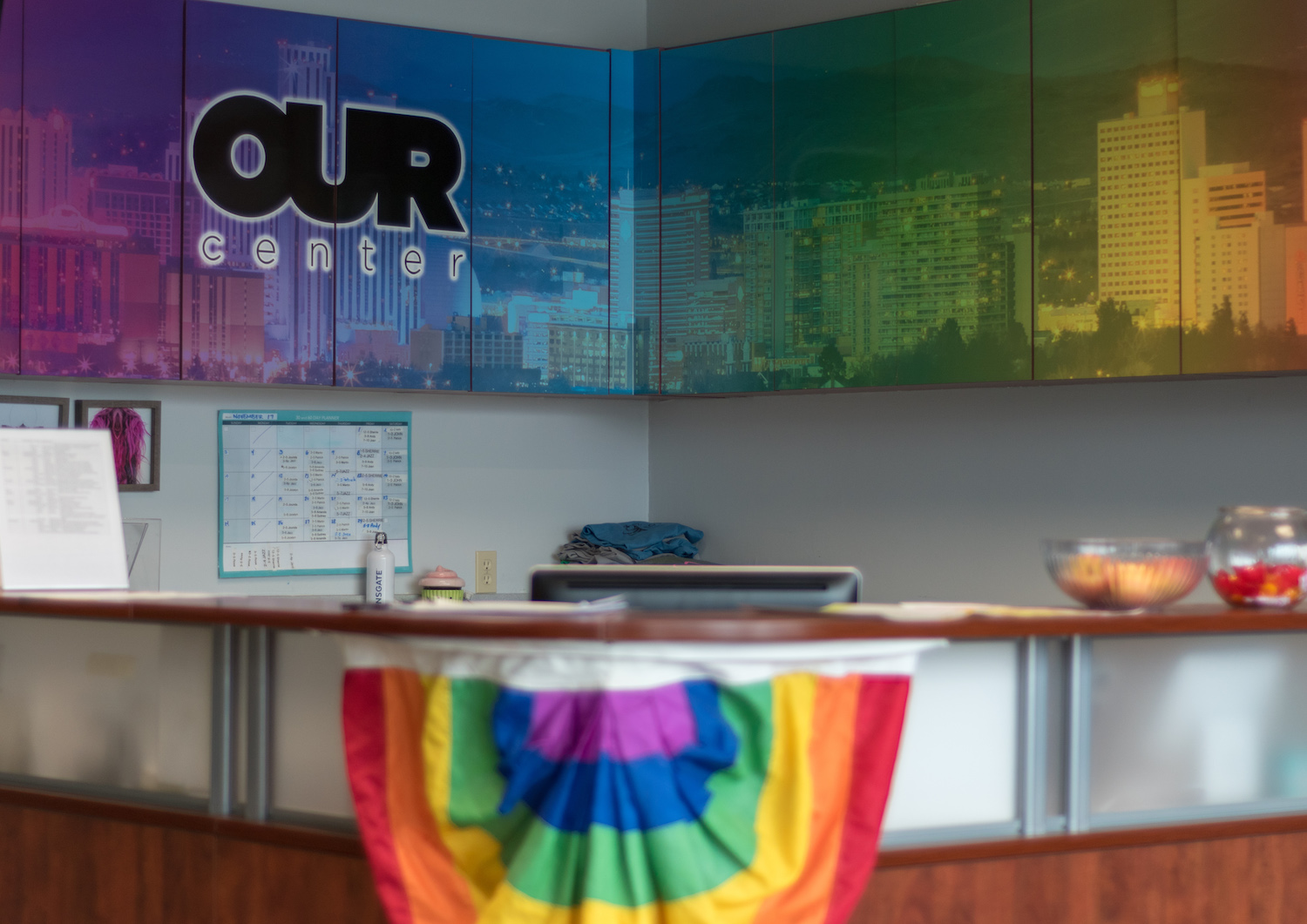 Our Center is a local nonprofit organization that provides resources and referrals to the LGBTQ+ community and to the Reno community at large. On January 2, 2018, three windows of Our Center were broken while the building was occupied by a reading group. The windows were broken by an unidentified man. Our Center put plywood over the broken windows and continued to offer programming.

“We just kept on doing what we do, helping out the community,” said Sherrie Scaffidi, a volunteer at Our Center. 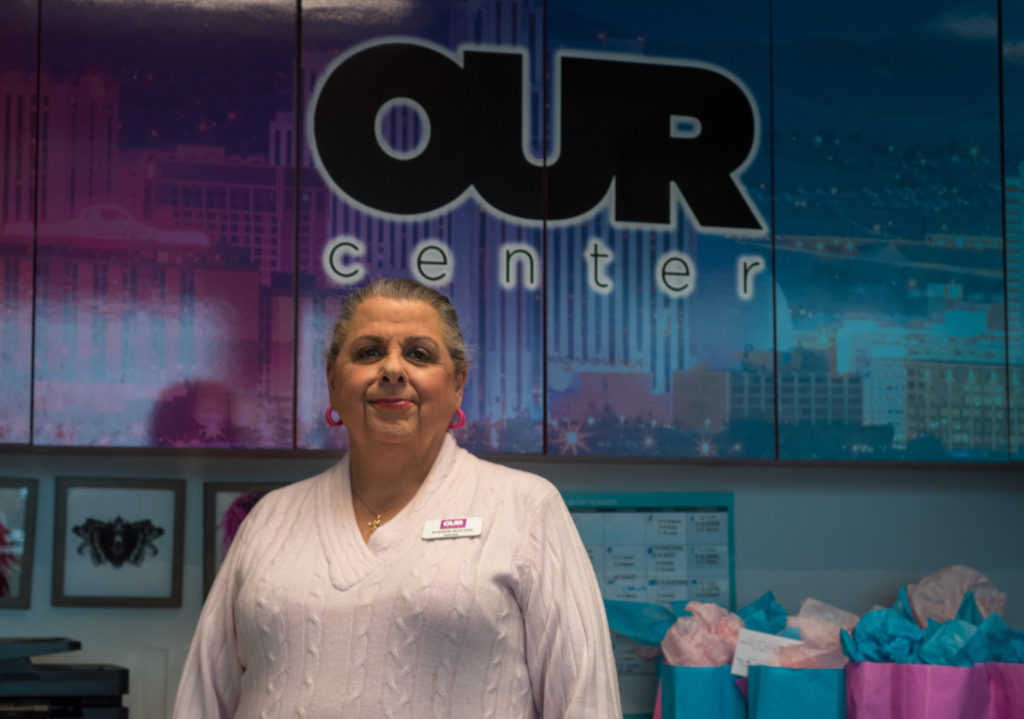 The windows have since been replaced, and the community response was overwhelming. “The outpouring was unbelievable,” said Scaffidi, “I was actually here when a couple came in who said they didn’t think they knew anybody who was gay, lesbian, or transgender. They didn’t even know we were here, and they didn’t know what we did. But once they started seeing everything on the news, they wanted to help.”

Going forward, Scaffidi hopes for Our Center to expand and to reach more people. “We’re here for so many different people. Not only the LGBTQ+, but the community in general,” Scaffidi said, “The groups that meet regularly are really important to help people who need that. As a trans person I know that before I came out I didn’t know a lot about where to go to get information.” Among these groups are The League of Gender Inclusive Citizen (T-LOGIC), Parents and Friends of Lesbians and Gays (PFLAG), and Transgender Allies Group (TAG). Scaffidi said that this programming is a resource to anyone who wants to learn more.

“Because I’m transgender, I’m very partial to the transgender programs,” Scaffidi said, “It seems like right now we have so many more people coming out as trans.”

Scaffidi is a member of TAG, which puts out a yearly resource guide for trans people in the community. Scaffidi hopes that these guides can be of some assistance to people, as they list many resources. “The guides list doctors, mental health professionals, churches, stores, all kinds of things that are kind, friendly and geared to trans people,” Scaffidi said. TAG also puts on a monthly presentation called Trans 101. “It’s approximately a two hour presentation,” Scaffidi said, “It’s basic transgender information. Numbers of trans people, how to respect a trans person, how to navigate if you don’t know if someone is trans or not, and how to treat them properly by using the correct pronouns.” The presentation is open to everyone, and Scaffidi urges people to attend who have a trans person in their life, “Whether it be a parent, a child, a spouse.”

Scaffidi said that it’s common for parents of trans children to want to learn more, but also encourages children with trans parents to try and learn more as well. “We talk a lot about parents of trans children, but in my circle we have children that have to figure that out,” Scaffidi said, “At my age most of my friends are 45 and up, and a lot of us have children. I am very fortunate in that my kids are totally 100 percent accepting of who I am. But a lot of other children aren’t [supportive] of the parents, and it’s very sad.” Scaffidi believes that education can help the community to become more inclusive. “I would like people to figure that out, that we’re just all people,” Scaffidi said, “We’re just people.”

Our Center seeks to provide resources to the Reno community at large. One way the organization does this is through their Free Marketplace. The Free Marketplace offers necessities for people who may not have access to them otherwise. “At the Free Marketplace we have food that we give people. We have personal hygiene products,” Scaffidi said, “This year’s been a pretty mild winter, but last year we gave away a lot of blankets, sleeping bags, gloves, hats, socks, stuff to keep people warm.”

Scaffidi hopes that more of the community takes advantage of Our Center’s programming and resources. “We’re here. Anybody and everybody is welcome. As long as they’re not a jerk,” Scaffidi said, “If people are curious, come on down when we’re open, and we’ll give you a tour and explain to you what we do here. Maybe just sit down and chat for a while.”