I tried Food Hacks so you don’t have to. 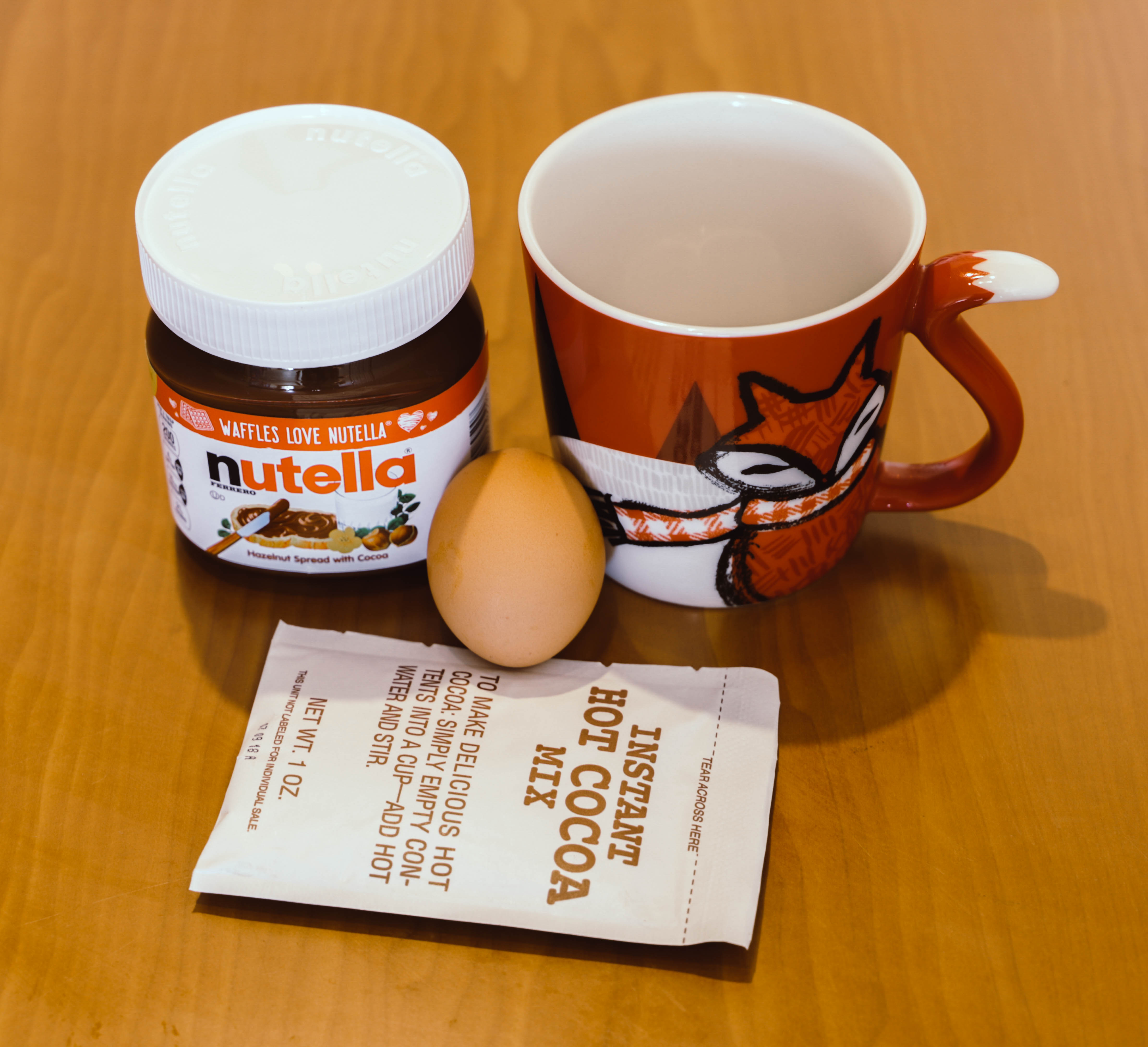 I’m sure we’ve all seen some form of a life hack. You know, the little fun ‘hacks’ people create to try to make our lives better. My favorite are the food hacks. Because I love food so much I decided to pick out some food hacks from Pinterest and give them a try to see how they work. So let’s just jump right in shall we?

S’mores in the oven: For this hack you will need ice cream cones, marshmallows, chocolate, tin foil, and an oven. This hack is supposed to help you recreate the famous campfire s’mores but with your oven. I love s’mores, so I was especially excited to give this one a go. First pick out your cone, I prefer the Oreo ones myself, and fill it up with whatever you like. It could be the classic milk chocolate and marshmallows fillings, or you can mix it up. You could add butterscotch, white chocolate, peanut butter, or anything that sounds good to you. The next step is to wrap it up in tinfoil, and put it in the oven at 350 degrees for 8-12 minutes. I had to keep mine in for about 15 minutes before I really got that melty effect. I took it out of the oven and gave it a couple minutes to cool. Then I just took off the tin foil and dug right in, and it was absolutely fantastic. I will definitely be making this for dessert again. I would strongly recommend this one. 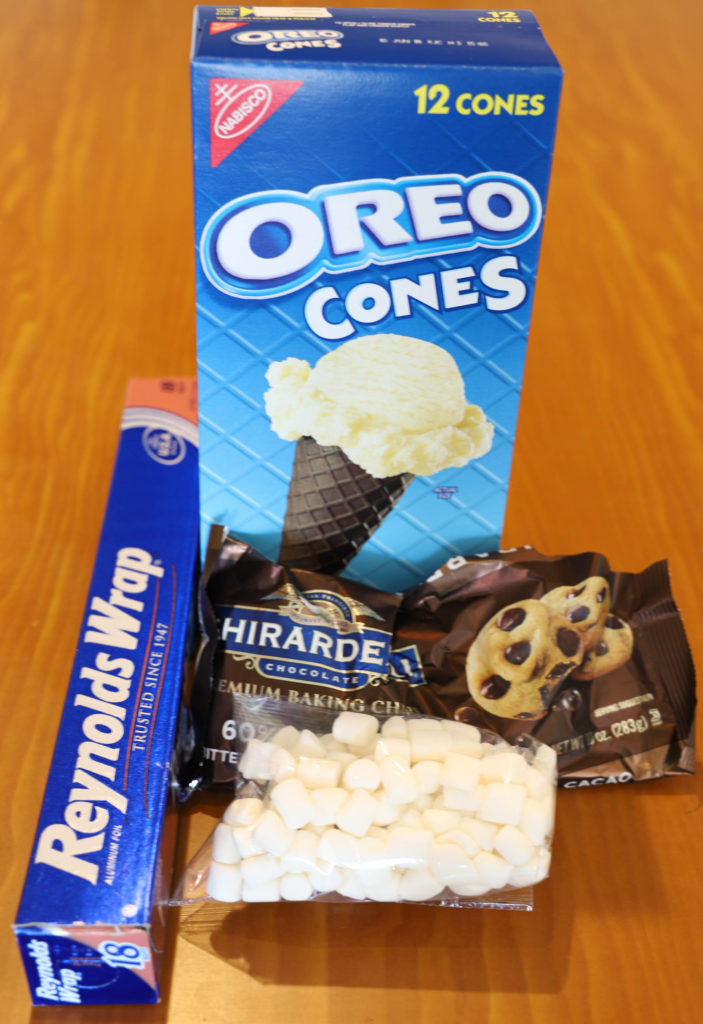 Three Ingredient Nutella Mug Cake: For this hack you will need a microwave, a mug, ¼ cup Nutella, 1 egg, ½ tbsp of cocoa powder, and a whisk or fork. This hack is supposed to help create a quick, chocolatey dessert. To start, mix all the ingredients together in a mug until it has a batter-like consistency, and put it in the microwave for one minute and 10 seconds. Once it’s done set it aside for about 15 minutes. Now I can admit, I was a little skeptical. I’ve tried mug cakes before and haven’t been that thrilled with any of the results. I was even more skeptical about this one when I realized the jar of Nutella itself says do not microwave. When I pulled it out and looked down on it, yeah I wasn’t too impressed. It definitely didn’t look like any of the fancy Pinterest photos. I set it aside to let it set, and soon enough it was time to taste it. I was pretty nervous, can’t even lie. I think it’s something about cooking an egg in a microwave. Tastewise it was actually pretty decent. It tasted a whole lot better than it looked, however the consistency wasn’t my favorite. It’s similar to a cake consistency, but not quite there. Again, I think it may be the egg. But hey that’s what I think, if it sounds interesting to you give it a go! I think adding some ice cream on top would have been a really nice touch. So overall, I guess we can call this one a success. 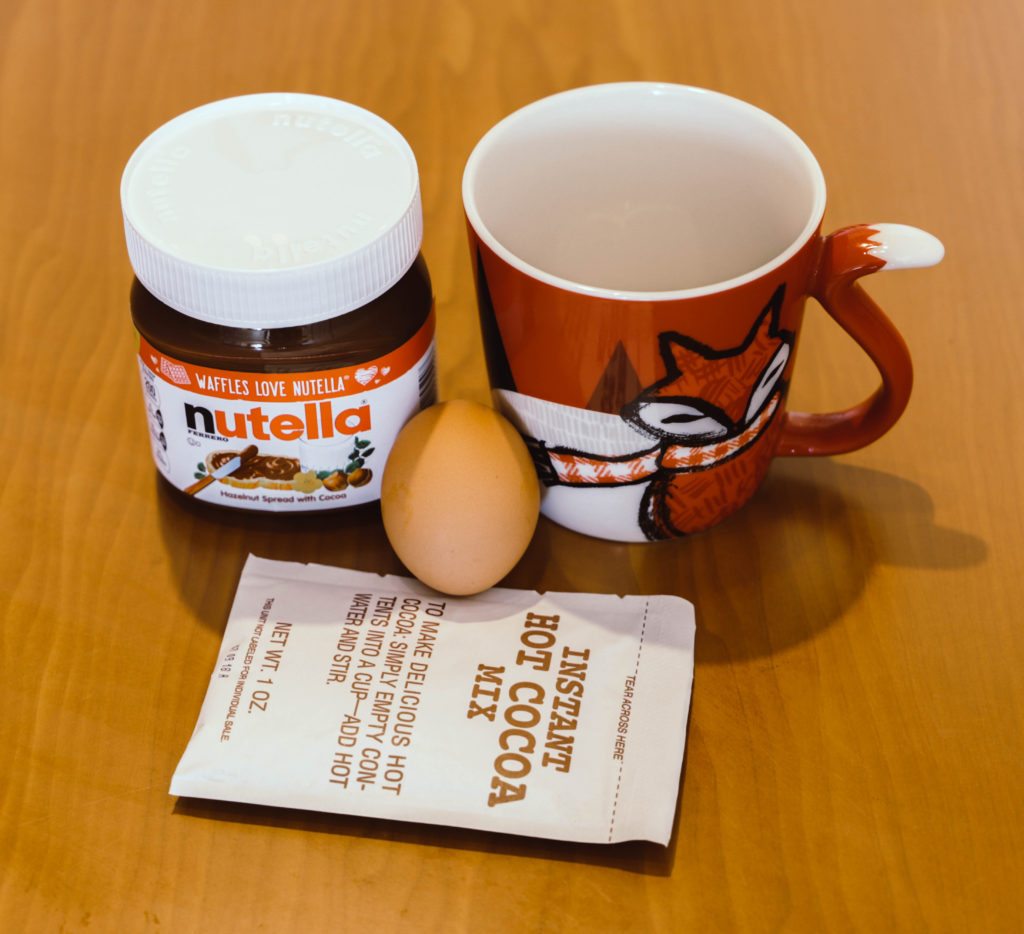 Hard Shell Microwave Tacos: For this hack you need a microwave, soft tortilla shells, and a mug. This one is pretty simple, but I never would have thought of it myself. All you have to do is place the tortilla into the mug then put it into the microwave for one minute. As you can see it definitely puffed my tortilla up. When I first took it out of the microwave it seemed to be going a little limp. I left it alone for a few minutes and when I came back it had set similarly to a hard shell, it even had a slight crunch. I could see myself using this one again, too. Success! 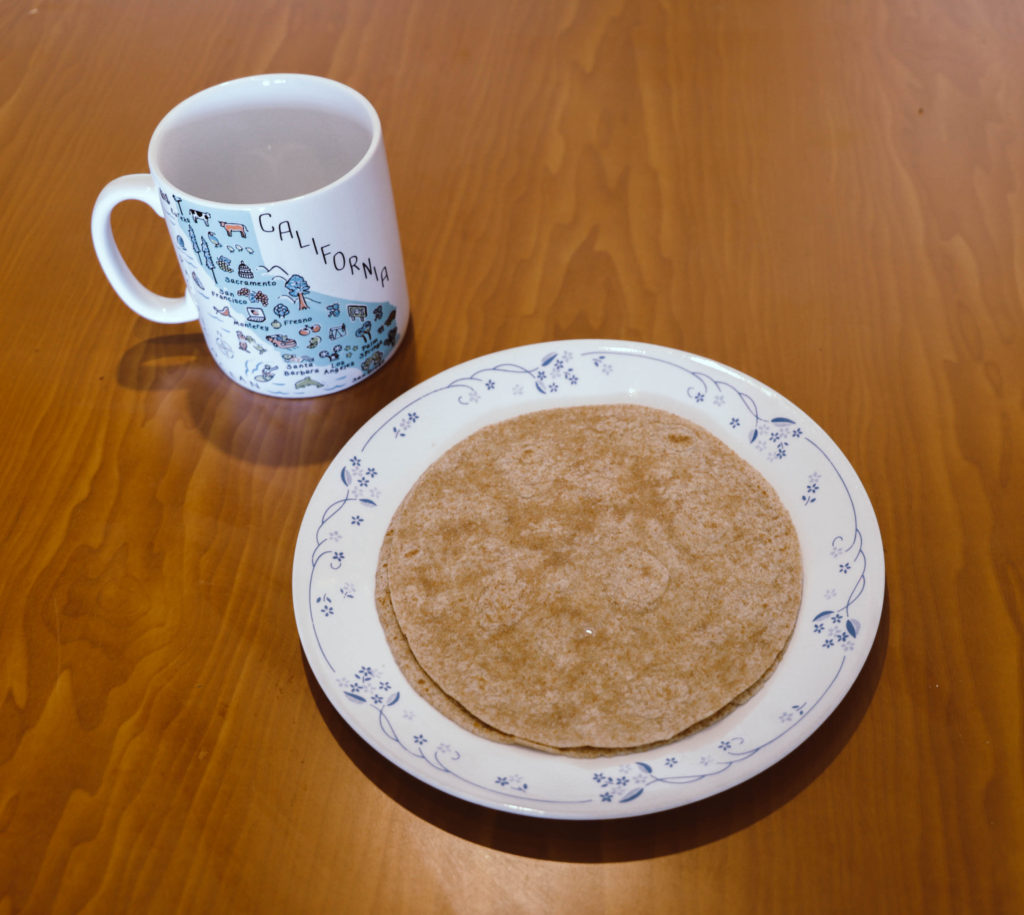 Coffee pot quesadilla: For this hack you will need soft tortilla shells, cheese, olive oil, a spatula, and a coffee pot. Make sure to wipe the bottom of your coffee machine off first before you do this. Turn on your coffee machine, and add a bit of oil to the bottom. Once the plate is heated place your tortilla, add some cheese, and fold it up so its laying over the hot plate. Since it will be hot make sure to be careful. Once you’ve let the cheese melt on one side, flip it on over to the other side. Now my tortillas were a little big, and my coffee pot is pretty small, so I used half a tortilla to make a little quesadilla snack. It actually came out pretty good. The hot plate adds just a little extra crispiness that a microwave can’t do. Realistically though, this hack would probably be more useful for those of you who live in the dorms and don’t have access to a stove top. A stove does the same thing, and with it you can make bigger quesadillas. I would still classify it as a success though for those who don’t have stove tops but want some quesadillas in their life. 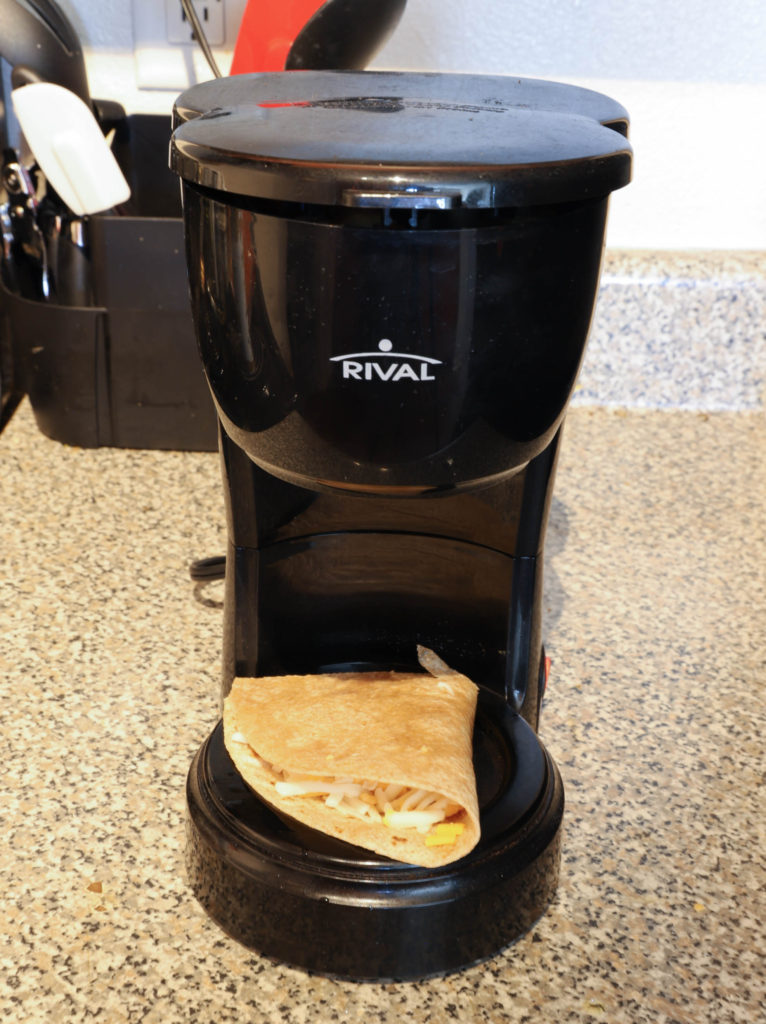 Better than fries: For this hack you will need a potato, olive oil, butter, salt, pepper, a cooking pan, and an oven. First, cut the potato into thin strips almost all the way through. Then drizzle it with a little olive oil, butter, salt and pepper, then pop it in the oven on the cooking pan at 425 degrees for 45 minutes. I put jalapeño olive oil on mine to add a little extra kick. I had a hard time cutting it into thin strips, but I eventually got it down. When I took it out of the oven the first time it was still pretty undercooked. So I popped it back into the oven for another 15-20 minutes, and at that point it was safe to say it was done for. Some parts were overcooked while some were still undercooked. I think it’s easier to just cut it up and lay it the pan versus doing this. So I’m personally going to have to give this hack a pass, but hey that’s just me! 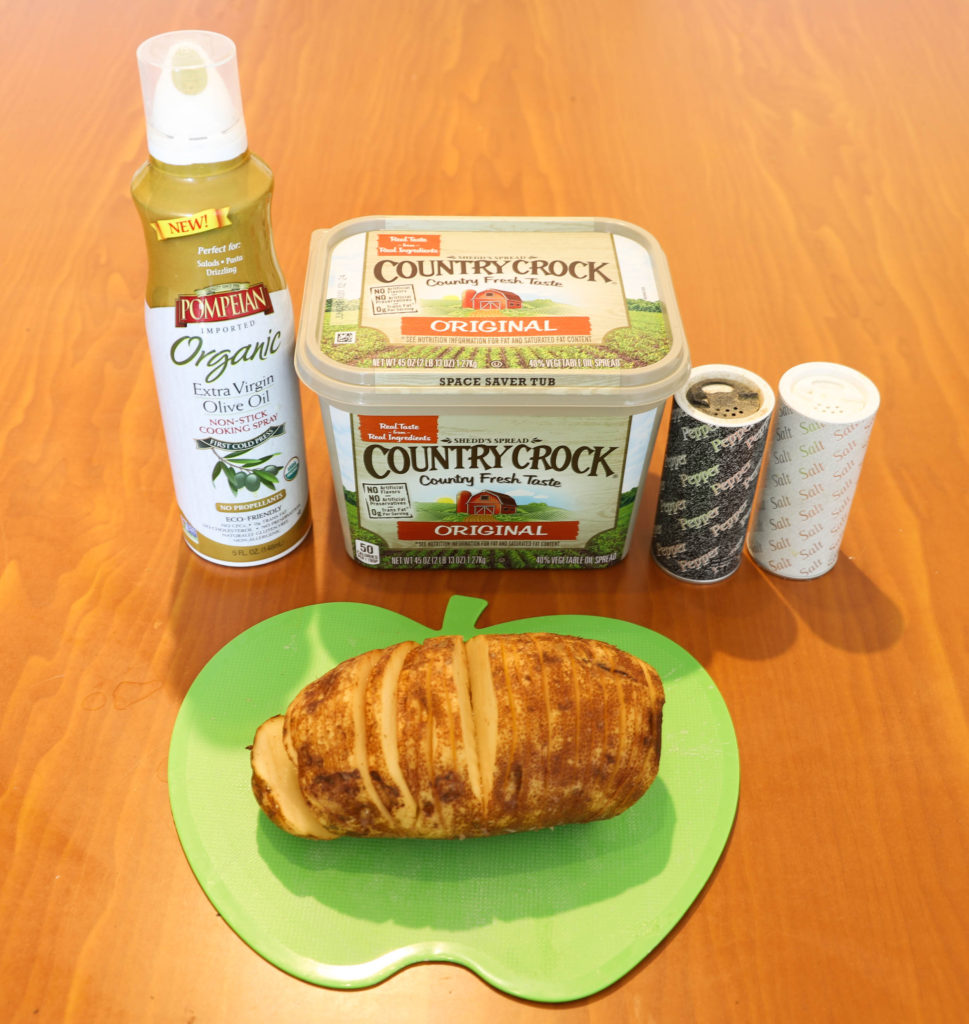