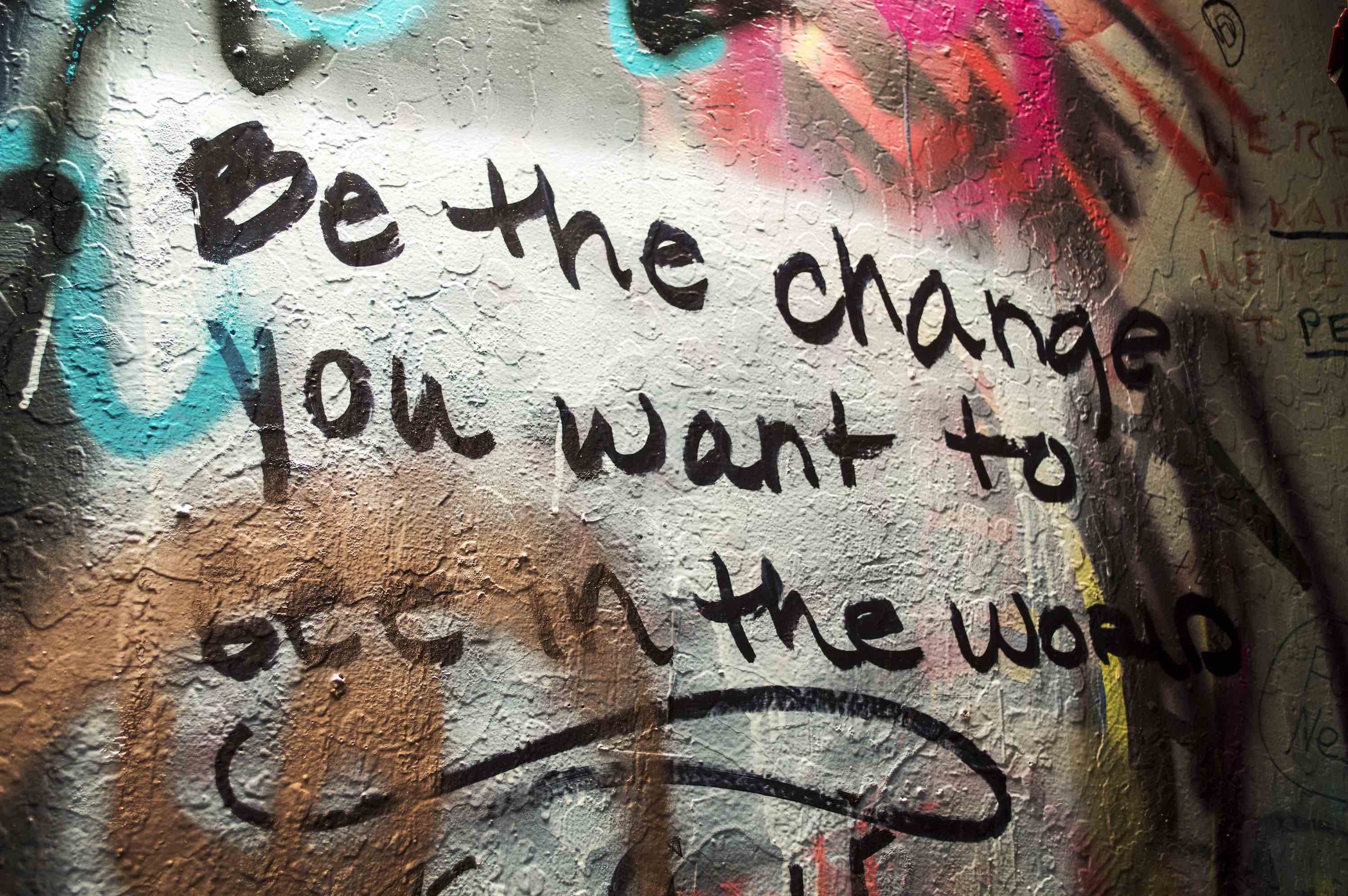 When the famous stairwell in the Church Fine Arts Building was defaced in mid October of 2017, the University of Nevada, Reno faced a shockingly changed campus atmosphere. The spray-painted swastikas, accompanied by the phrase “is this political enough for you?” caused varying reactions from students to faculty alike. From Marc Johnson’s email sent to the student body describing the creative space as a home for “a celebration of artistic expression” to one student claiming the graffitied swastikas are also “forms of expression,” a division at the University of Nevada, Reno was brought to light. However, this stairwell has since been covered with symbols of hope, portraits of leaders of peace, and motifs reflecting progress to a racially and ethnically torn campus environment. 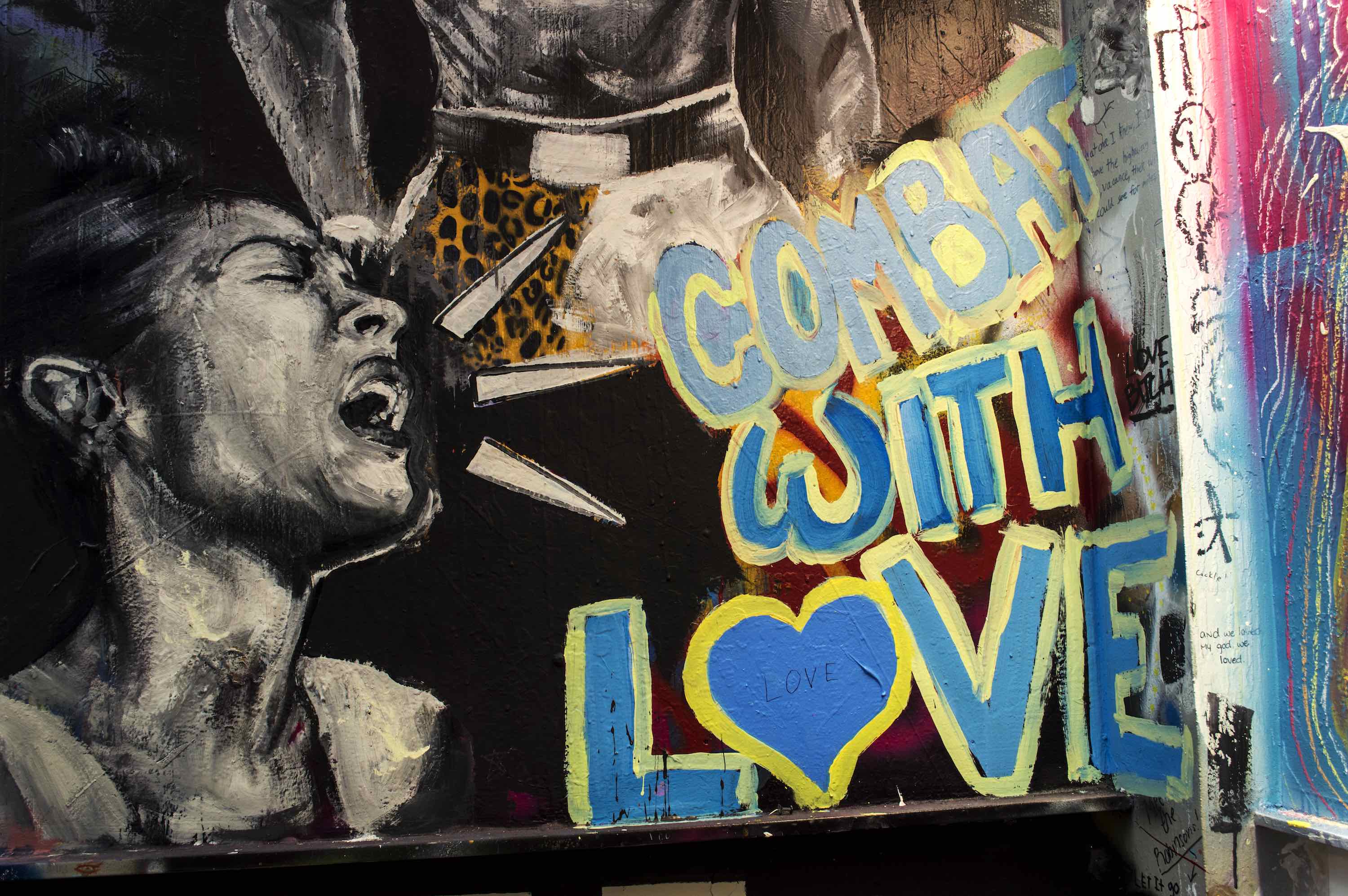 The Church Fine Arts Building, erected in 1962, has stood for unity and expression since its first bricks were laid in the University of Nevada, Reno’s campus. Named after the late Edward Church, professor of classical art, history, German, and Latin, the Church Fine Arts Building houses the arts, music, theater, and speech communication departments. Yet, in the midst of the noteworthy Sheppard Fine Arts Gallery and Nightingale Concert Hall, the famous graffiti stairwell still is arguably the most creative place on campus. The multileveled system of stairs is covered in artwork created by spraycan, markers, brushes, or even the occasional fingers–and at one point, was covered in multiple roughly sprayed swastikas.

However, such symbols did not stay on the walls for long. Various artists congregated to paint over the symbols and phrases, one of which was 19-year-old artist Joshua Chang. He, along with other individuals, painted figures of peace in order to juxtapose the underlying motifs of hate, with different walls having different meanings.

“MLK Jr. and Coretta are both right above an olive branch that symbolizes peace,” Chang said.

In addition, one wall called “Triumph” will feature various black individuals who broke barriers in terms of educational and social reform. Another wall, “Create,” will feature figures of the newer generations similar to Martin Luther King Jr. who have aided history by their examples of equality.

However, one may ask: are the revisions enough to instigate peace on a campus atmosphere in which students may feel unsafe? With the University of Nevada, Reno facing the publicity spread from numerous controversial events this past semester alone, how can students be sure that each community in campus life is being protected and represented ethically? 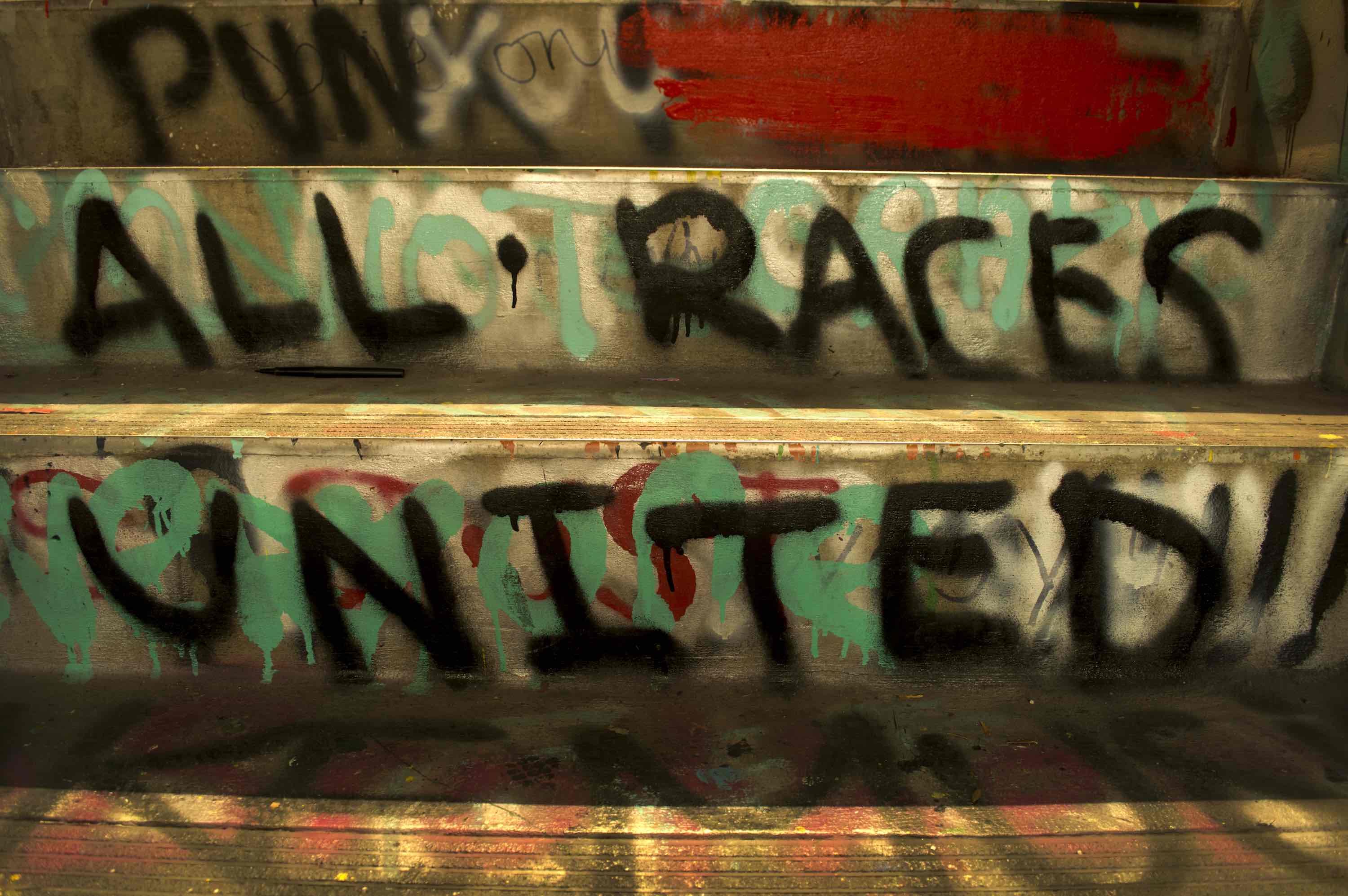 “I felt this was an expression of how people on this campus can be so insensitive,” said Reece Gibb, a postgraduate political science student. “This shows how people can be so tone-deaf in regards to how to treat people, and also how people can truly be despicable human beings. It shows our campus’s true colors, both in terms of people drawing the swastikas and the administration’s response or lack thereof. Say something or do nothing.”

Despite the varying opinions surrounding the stairwell, the reaction regarding the symbolism used to overlay the harmful images is unanimous: one of hope and progression.

“As a Jewish individual, it was very jarring for my friends and I to see the swastikas in the Church Fine Arts stair complex,” said Ethan Guttman, 19. “The people or person that sprayed that over the artwork probably has some attention-seeking issues, as well as being prejudiced. But now, it looks fantastic.”

Indeed, the art community continues to thrive at the University of Nevada, Reno, as the graffiti stairwell continues to collect new additions of quotes, portraits, and general artwork. All creative  students are invited to contribute to the stairwell with their positive imagery, symbols of peace, and artistic expression in order to contribute to the theme of inclusion found in the Church Fine Arts Building.

“Being an artist is so much more than being good at painting or drawing,” said Hannah Abbott, an artist in her first year of studies at UNR. “Being an artist means seeing a swastika in the hallway of the art building, which is home to many students like me, and doing something about it. As an artistic community, we stand for expression, not hate. We will never stand for hate.”