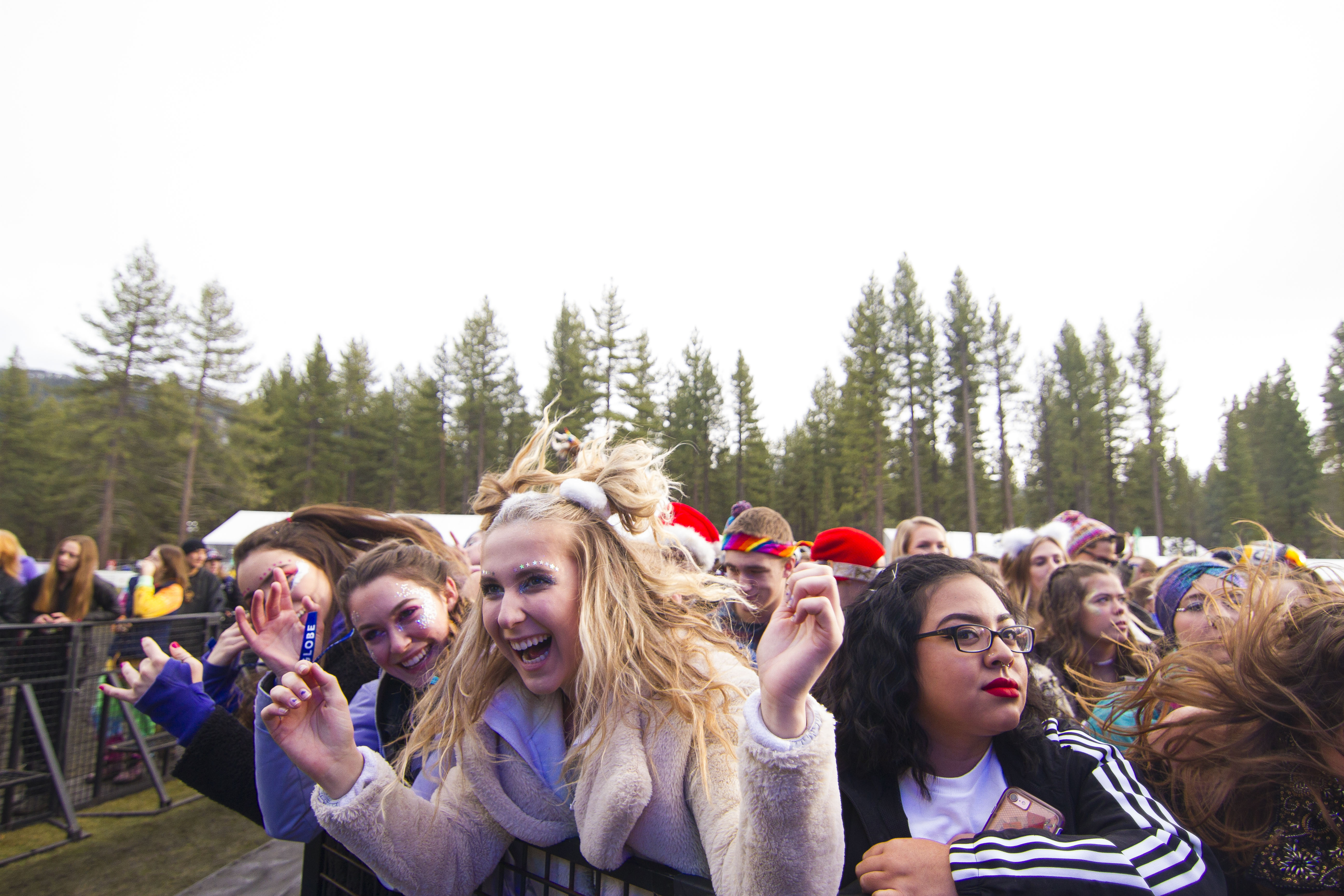 Approximately 15,000 attendees traveled to Lake Tahoe Community College to witness the luminous lights, and hear the trancy melodies underneath the stars. Crowds gathered around the massive main stage, the pine tree encompassed sierra stage, and the dreamy igloo stage. EDM and trap music are experiencing a change in style–many artists are including musical elements unconventional to trap and EDM’s usual sound. These influences range from middle eastern music to the sound of raindrops hitting a window. SnowGlobe fans danced endlessly for three nights to the spellbinding music, dressed in their craziest, extraterrestrial snow gear, making the festival grounds feel like another world.

Day one kicked off with performers such as Khalid, Zedd, Spag Heddy, Travis Scott, and TroyBoi. During the closing performance of the night a massive crowd gathered around the sierra stage as TroyBoi played some of his most popular hits like “Do You” and “Afterhours”. The crowd was, indeed, untamed as people were headbanging left and right. Troyboi brought out the rowdiness in some fans as a girl next to me danced as she hung from a tree branch. The wooden fence behind me was destroyed as the crowd smushed in towards the front stage more and more. Still, the crowd raged on for 45 more minutes until the clock struck 11.

The second day of SnowGlobe offered some interesting performers such as Dillon Francis. An eclectic crowd embellished with kaleidoscope glasses and glitter gathered around the main stage to watch one of the night’s trippiest performances. Francis entertained thousands as the night went on. In the middle of the festival grounds stood the ZOA sculpture. The ZOA is an interactive sculpture that traveled all the way from Burning Man and EDC Orlando. The sculpture made of a soft, wrinkled material can be touched and spun around from its support beams. People laid on the ground and stared and the multicolored lights for hours as it twirled around.

New Years Eve was magical at South Lake. Justin Jay, a Los Angeles based five-piece, performed in the igloo under neon yellow and blue lights. Translucent beach balls were tossed amongst the crowd as striking keyboard notes rang throughout the venue. Time stood still as everyone swayed back and forth, smiling as we all soaked in the final hours of 2017. Jai Wolf rocked the crowd and even the security guards couldn’t resist jamming along. Australian DJ, Alison Wonderland, brought the year to a close as thousands gathered to witness the closing performance of the festival. Fireworks and confetti littered the sky, and 2017’s most captivating moments were played on the big screen as the countdown began. The clock turned midnight and another year of EDM and trap’s biggest music festivals came to a close.