Skiing: How to Avoid Being a Gaper 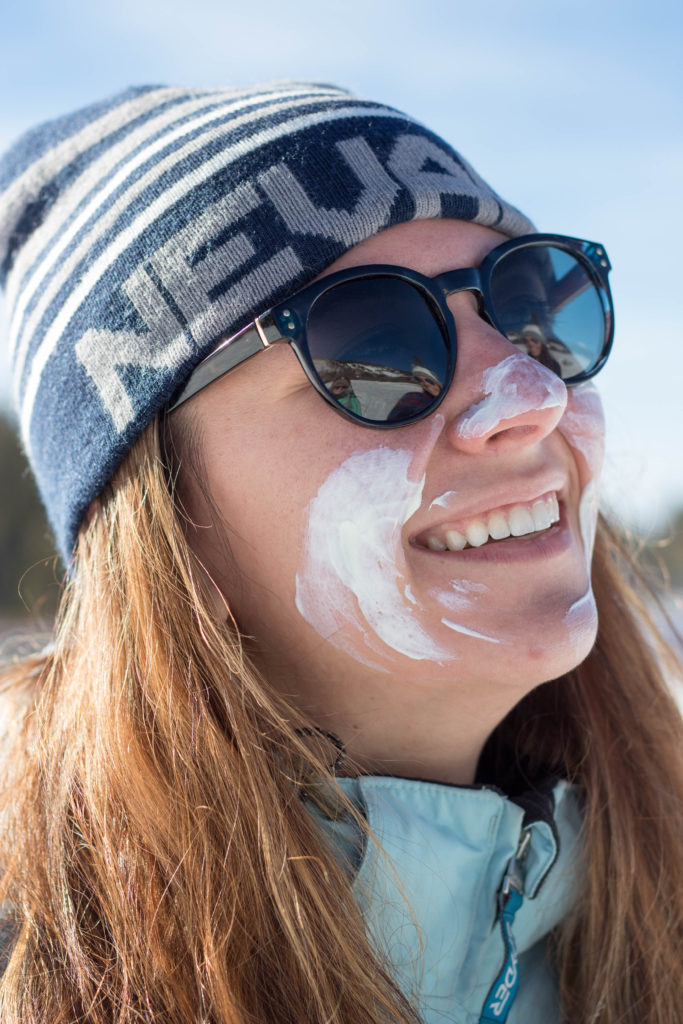 I remember racing my older brother down the freshly groomed black diamond, hoping to make it down before him so that I could decide which run we went on next (obviously the reward for being first to the chairlift is being able to pick the next run). As I zipped down the hill, I felt the wind and flecks of ice shower my face, turning my nose and cheeks a painful pink. My skis sailed over the hard packed slope, slicing the icy ground beneath me as I turned. While I continued my adrenaline fueled descent down the mountain, I felt one of the worst feelings a seasoned skier could ever feel: a breeze on my forehead.

As I arrived at the chairlift after my brother, naturally, I looked at him and immediately asked, “Do I have a gaper gap?” Referring to the gap between my goggles and helmet, a tell-tale sign of a gaper. After he said no, I took a breath of release and chalked up the breeze as a freak incident. Growing up in a skiing community, I learned at a young age what a gaper is–and to avoid being one at all costs. Being a gaper in a ski area makes you subject to various forms of embarrassment as locals and avid skiers alike find great joy in making fun of gapers, typically behind their backs. By being a gaper you run the risk of being made fun of, not being taken seriously, and possibly even having a picture sent in to the infamous instagram account, @jerryoftheday.

A gaper is a beginning skier or snowboarder who doesn’t yet know what they’re doing nor do they know mountain etiquette. There are certain tell-tale characteristics of a gaper that you can see by just looking at them. These characteristics include:

This mockery of people, who are essential to the economy of these small ski towns, is by no means nice. However, it is entertaining, and it’s done in good fun. Skiers are almost always engaged in a one-up contest. People brag about how many days they logged in a season, where they’re skiing this year, what gear they’re wearing, and so on. Thus, having gapers is essential to the hierarchy of skiers. They serve as scapegoats. People make fun of them just because it’s a fun thing to do, and it’s part of ski culture.

Overall, being is gaper isn’t that bad. No matter how you ski, the most important thing to do is have fun. You can go ahead and break every one of these rules if you want-except the safety bar rule. Nothing makes a chairlift ride more awkward than when you wack someone’s helmet or stab their leg with the safety bar before everyone has settled into the chair. Anyhow, the most important rule is to enjoy yourself. So, put on your jeans and smear a snowball sized glob of sunscreen on your face, and have yourself a grand ol’ time.