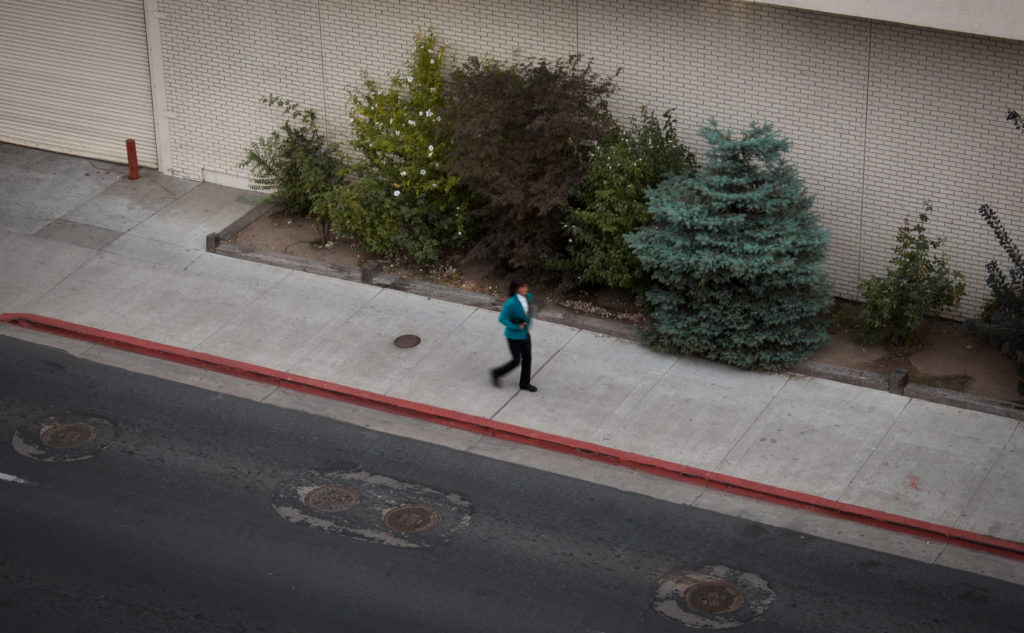 Monica DuPea founded Nevada Youth Empowerment Project (N-Yep) in September of 2007. N-Yep is a local nonprofit organization that works with transitional female youth populations in Northern Nevada with programs that seek to empower them through safe housing, education, and entering the workforce. She was contacted by Professor Elisabeth Miller at the University of Nevada, Reno this past summer to work with Professor Miller’s English class, writing for nonprofits. Students in the class are partnered with and write for local nonprofits. “I was looking for sophisticated writing,” DuPea said, “I was curious to see what students are observing about youth homelessness.” DuPea says she wants more of the community to be aware of youth homelessness and the organizations working to end it.

DuPea says that the first thing her organization does for these youths is to stabilize them. “We provide a safe, healthy, clean place to live. Then, we identify their goals,” says DePea. The organization seeks to help young women become more independent through its programming. This involves first, the Community Living Program (CLP). In CLP the young women are provided with housing, food and guidance toward their goals. These goals are often high school graduation and entering the workforce.

The core structure of the program is centered around routine, standards, accountability, and consistency. There are clearly written standards, to which the young women are held accountable. Daily routines decrease stress for the participants of the program and consistency ensures that over time the young women will meet their goals. DuPea says consistency is important for these young women because while creating goals is important. DuPea said, “It’s what you do everyday that makes a difference.” The young women are expected to complete certain chores, meet requirements for typing, such as increasing their words per minute, and to either work, volunteer or attend school full time.

Nina Shapey, a graduate of the program, believes that the program helped her to be more productive in society. At 24, she owns her own house, is getting married, has a son, and has graduated as a medical assistant. She is also going back to school to attain a bachelors in interior design. Shapey said that the program shaped her understanding of success. “I want to be something amazing, where I’m actually helping people. It’s about learning that life is scary, that it’s a challenge, but I can’t be successful unless I get out of my comfort zone,” said Shapey. 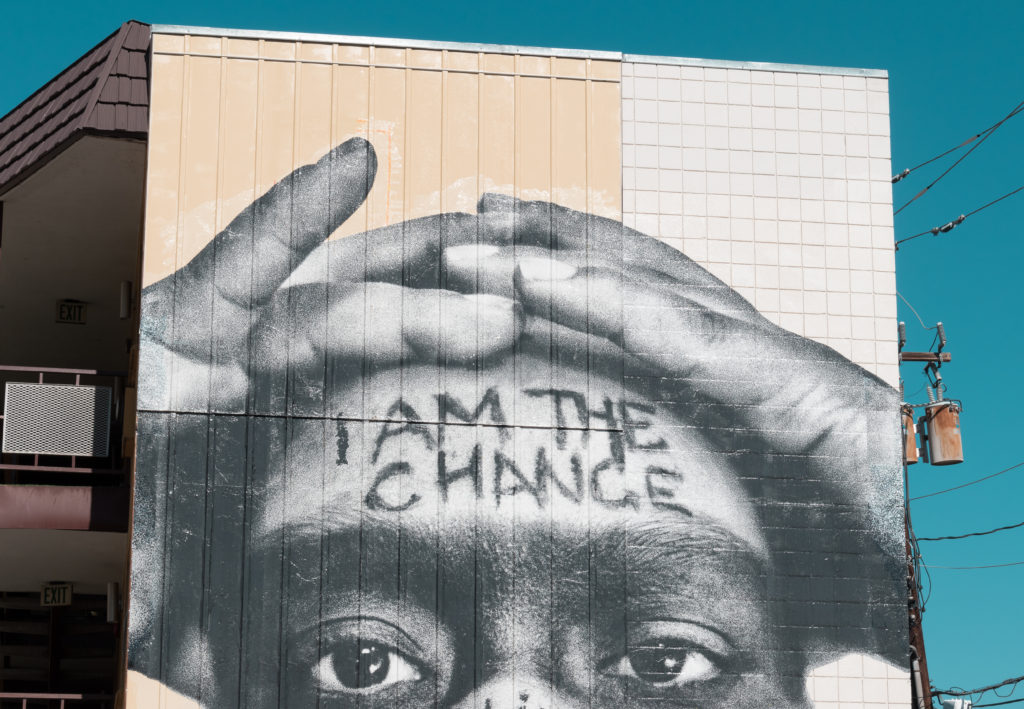 Graduates of CLP can move onto N-Yep’s Affordable Housing Program. Since 2012, Reno has gained an Apple data center, a Tesla Gigafactory, and in April of 2017, Google bought a large plot of land in Reno. According to The Economist, this influx of wealth has contributed to rising costs in Reno rents and homes. N-Yep realized the need for transitional, affordable housing for the graduates of CLP. The organization worked in coordination with the City of Reno to create the Affordable Housing Program, which provides just that. For $300 a month with all utilities included, the college-aged women are able to live within Reno and close to UNR. DuPea said this is important in that it allows the young women to continue to strive for independence without having to leave the Reno community to afford it. Graduates of CLP are eligible to live in the Affordable Housing for up to 3 years with monthly checks on residency criteria and strict rules forbidding drugs or alcohol on the premises.

N-Yep is in the process of creating even more affordable housing. The organization has plans to build a 20 unit, intergenerational site. The site will have 12 units for graduates of CLP and 6 set aside for Nevada seniors. The youth living in the units will help out the seniors. DuPea says, “There aren’t sufficient resources and supports in our community for seniors. And our 2 most vulnerable populations are our seniors and our youth.” The units will be prefabricated micro-units, so DuPea anticipates that construction will be quick. She hopes to have the site open by September of 2018.

DuPea works closely with Michele Gehr, the Director of Eddy House, another local nonprofit in Reno that works to help homeless youths in Nevada. According to their website, “Eddy House is the central intake and assessment facility in Northern Nevada.” According to DuPea, the staff of Eddy House conducts comprehensive assessments with every youth about items such as where they slept the night before, and if they are subject to any circumstances that they need help with.

Eddy House hopes to open a 24-hour drop-in center, according to their website. However, the facility is currently open from 10am-5pm, Monday-Friday. Thomas Hassen, who works at Eddy House, says there is often a line at the door before 10am. Homeless youths often go to work overnight, or simply stay up all night while on the streets, according to Hassen. He says this has to do with the fact that they do not feel safe sleeping on the street, or even at homeless shelters. “A lot of the time they’ll come in at 10am and grab a cot,” says Hassen. Eddy House provides other care and comfort services, according to their website, such as food and showers. 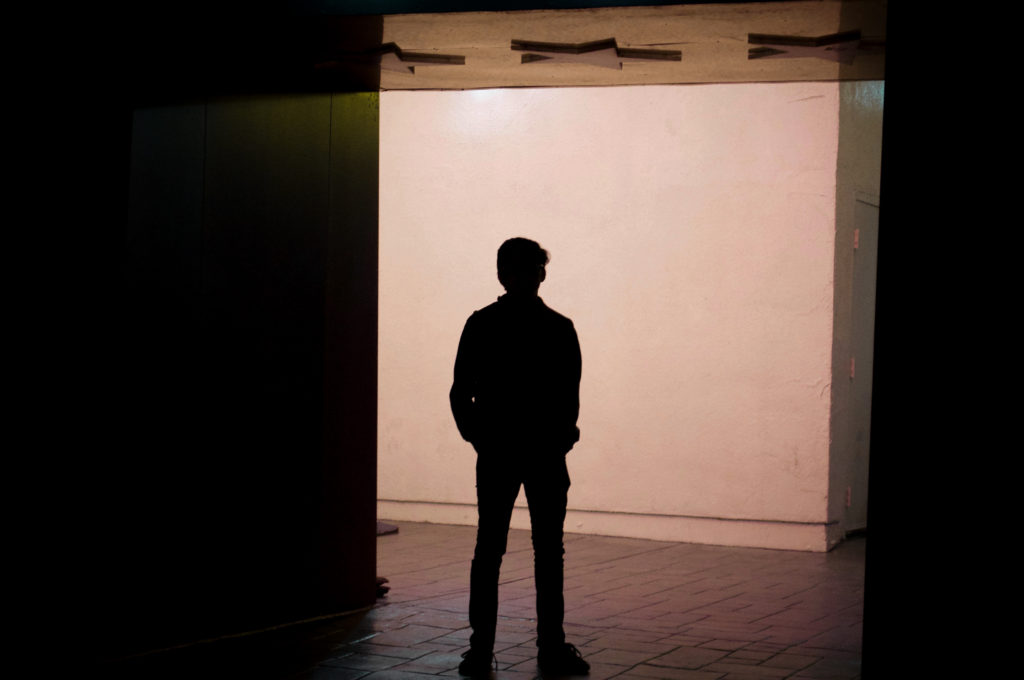 Eddy House is also a referral point for homeless youths. According to DuPea, the assessments the organization gives out help with referring these youths. The organization identifies the logical next level of care for the youths and refers them to another organization that can help. DuPea says that making Eddy House a 24 hour facility would help the organization to meet this goal. “We’re missing that main component which would be that sleeping piece. Without that, it’s hard for these kids to even stabilize a bit, to be ready for that next level of engagement,” says DuPea.

While DuPea is doing everything she can to address housing and programs for young people, she says that one major issue that the homeless Nevada youth face today is that there is no 24 hour location where they can go and feel safe. DuPea said, “There are 24 hour facilities for adults, but none for youth.” DuPea encourages anyone with resources to empower the Eddy House to become a 24 hour facility. DuPea said, “Youth homelessness is not a youth problem to solve. I wish there would be a sense of urgency around the fact that we have young people sleeping outside at night.” She believes that the first major obstacle for young homeless people is feeling safe and setting down roots.