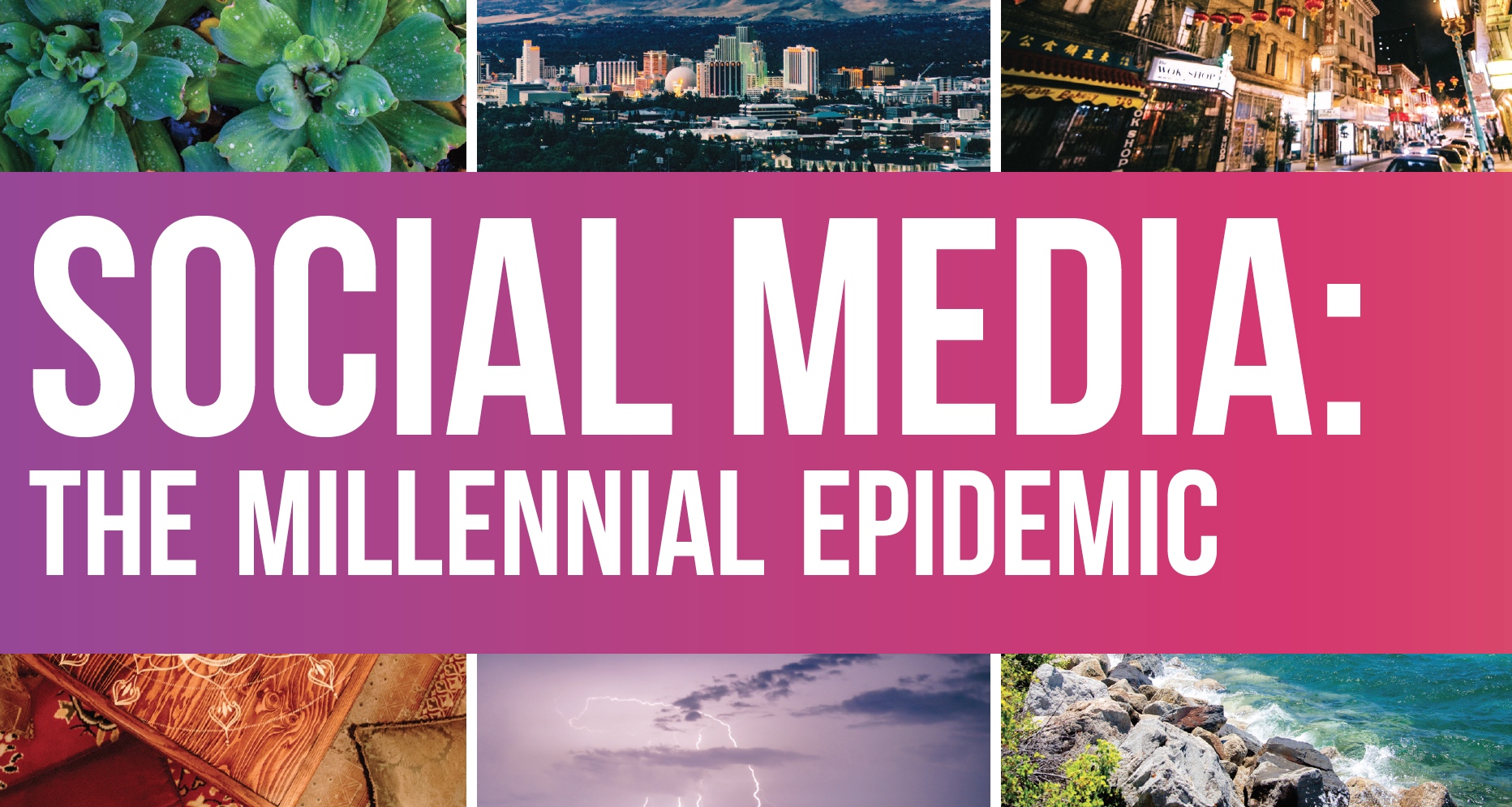 An expertly crafted breakfast, an aesthetic beachfront view, or a posed snapshot of an idyllic family vacation—things we have all seen on our social media feeds. Perhaps such things are posted in the name of art, the pursuit of informing our close friends, or even a way to document life experiences. But how does social media make us really feel?

Indeed, with Donald Trump’s Twitter account boasting over 38 million followers and 35 thousand tweets, social media has been impacted by anything from small local brands to the President of the United States. The presence of social media has transformed the face of modern politics, becoming the fastest way for news to travel worldwide and the vessel for coining phrases such as “Sad!” or “Fake News!”

Yet with social media serving many practical uses, it also has transformed into the main way in which people interact with one another. So how has communication and the ubiquitous presence of social media become synonymous over the years? The answer may lie in self-esteem.

“It’s almost considered strange if your friends don’t like or acknowledge your post or tweet,” said Zachariah Simms, a student studying media for his career in broadcast. “Social media is a really weird space.”

Thus, one’s activity on social media sends a message. In liking someone’s picture, in following a new account, or in retweeting a stranger’s tweet, one has the ability to communicate current feelings or interests, all in the public eye. As most information is visible, anyone with the incentive can check who their friends are following, who follows them, and whose pictures are attracting the most attention. In short, the most activity can be seen by anyone who can view the accounts in question.

Social media has become so predominant that even privacy has become something of the past. With the introduction of SnapMaps, a location tracking service on Snapchat, friends are able to see a person’s exact location. This depends on whether or not someone chooses to share their location with all their friends—which many do. Instagram posts have become sorted by location, and Twitter encourages users to tag the place or venue in which photos were taken or messages were created. In addition, most electronic devices use location to promote what content the user is seeing.

“Social media has nothing to do with privacy,” Simms continued. “When you post a picture of your friends or even yourself, people know where you are and where you’ve been.”

Yet, this aspect is appealing to many people who utilize social media. In documenting a seemingly perfect moment, a communicative message is sent to followers that one’s life is flawless, happy, and worthy of evoking envy. Such an attitude introduces a competitive aspect of social media; a race for who collects the most likes, retweets, followers, and general attention. The more friends one has in real life, the more likely they are to have greater following on social media–presenting a greater image of popularity and social wealth.

With World Stream reporting that most Instagram users are between 18 and 29 years old with 32% of users being college students, the millennial generation has an incentive to join the world of digital posting.

Social media lover Abigail Ocampo spends about six hours on her devices every day, juggling Twitter, Snapchat, Instagram and Tumblr. “Social media is a part of my career,” the second-year journalism student said. “Without it, I would feel completely unconnected from the world.”

As the future of social media remains a mystery, only time can tell how the long term effects of spending time connected to the world through media correlate to self-esteem. “It’s just a habit,” Ocampo said. “I’m not really thinking about how it makes me feel.”