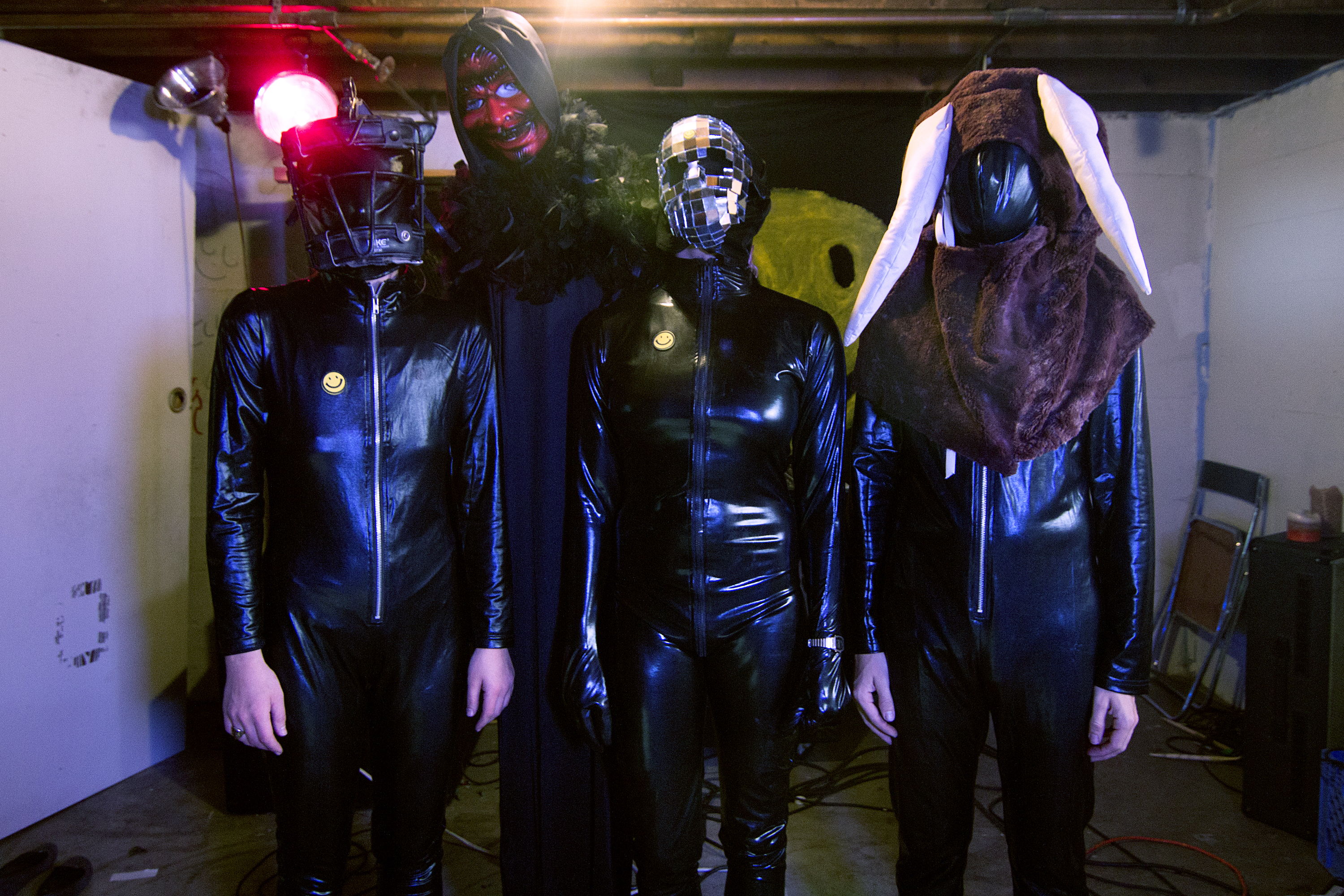 The concept of ‘putting yourself out there’ is, to say the least, daunting. At some point or another, you have some sort of feeling that says “I’m going to show everyone what I do the way I do it.” It’s a vulnerable position to put yourself in, especially when it’s that vulnerability that performers in particular experience that finds itself into my conversation with the members of Reno local four-piece Shit Metaphor.

We find ourselves at Bibo Coffee shop on Record Street near the university, taking refuge from a gusty September afternoon. I meet with Ilya, Rosie and Sophia, who play guitar, drums, and keyboards, respectively; all three sharing vocal duties. John, who plays bass, joins us on speaker phone whilst driving from Las Vegas to Reno. We start the conversation with a question that opens any musician up- I ask for a list of influences, musical or other. It often times opens the door to a larger discussion about music. What I notice in particular about the members of Shit Metaphor’s response to this was not one of them had a direct answer for what influences them. Their approach is to have none, something many bands could take note from. Rosie mentions that her musical choices are arbitrary, doing what feels natural as opposed to what is expected. Ilya remarks “I’d rather just let the music speak for itself and not attempt to contextualize it.” Rather than recreate or repackage influences and ideas, they organically shape the sound to create something unique.

Shit Metaphor started around six years ago in the Bay Area as a duo project between Ilya and one other member. After a move to Reno, Ilya recorded and released the first self titled SM tape. The artwork for this one, as well as the other two tapes they brought for me, were all done by either Ilya, Rosie or Sophia. After a Halloween cover show featuring the current members, Ilya decided it was time to make the move from solo endeavor to group project. In particular, including John added a darker element to the band previously not achieved. He mentions that the songs on the first tape sound like “folky, hippy jams” and “for some reason it made me feel uncomfortable,” to which everyone at the table laughs. “I’m really into dark and evil stuff,” he adds. Since making SM a full band, there have been two more releases, another self-titled tape as well as their most recent, titled ‘This Deadbeat Heart’. These two releases swan dive into the aforementioned “dark and evil stuff,” mixing loud reverb-laden guitars with crashing drums. The album release for the ‘This Deadbeat Heart’ show took place back in March at Serva Pool, a pool equipment storage room in the back of the Holland Project. We continue talking about the vulnerability performers face when they put themselves out there, especially adding another element to the performance. I inquired Ilya about a picture I’ve seen from a SM live photoset where he dons what looks like an anteater costume. He emphasizes the difference in “performing” versus ”writing” mentioning that SM seeks to leave audience members with something other than “these people stood here and played the same songs the same way they did last week. I want to be something more than just someone standing there playing music.” For Ilya, Sophia, Rosie, and John, their philosophy revolves around the absence of exactly that.