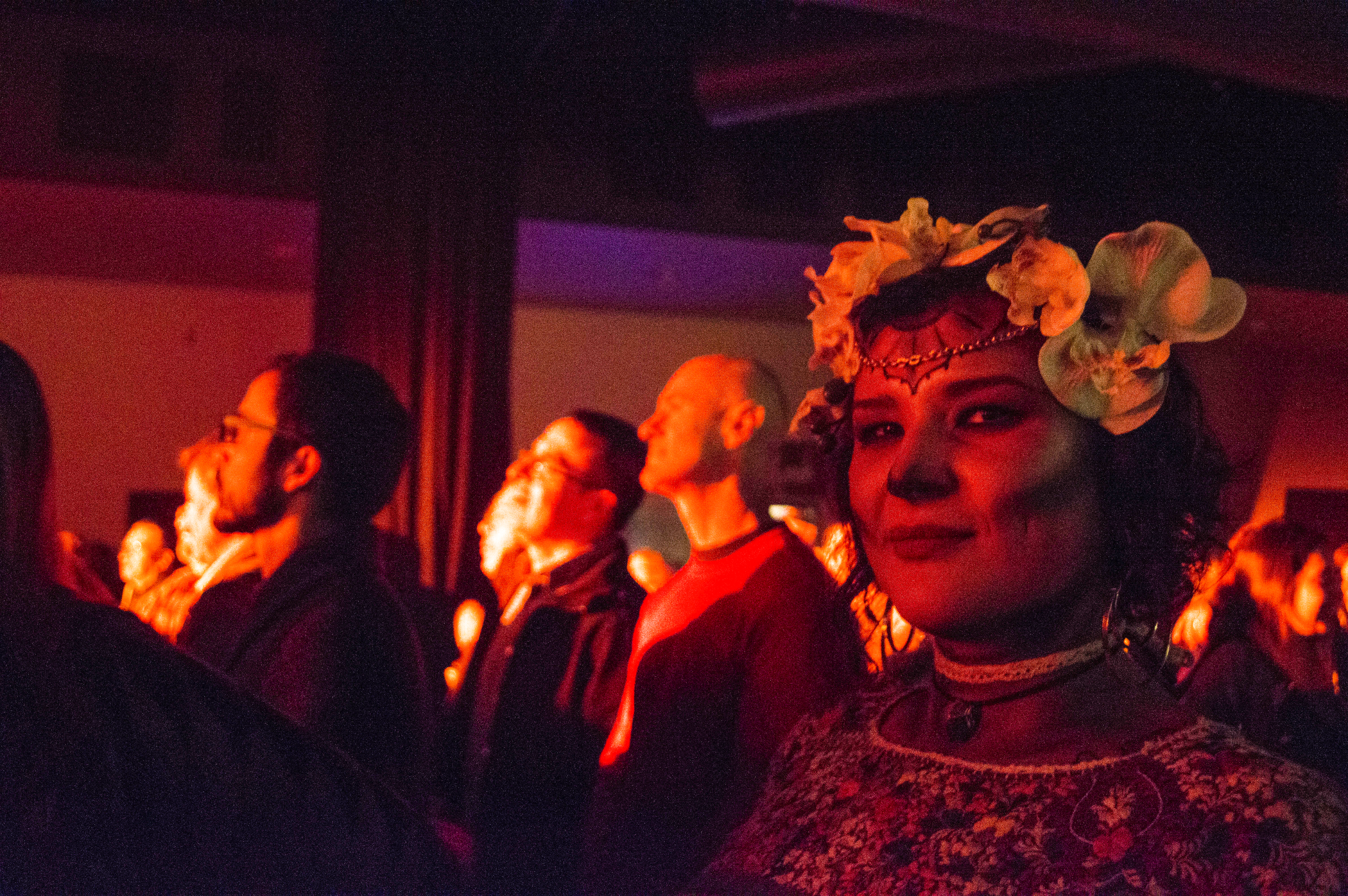 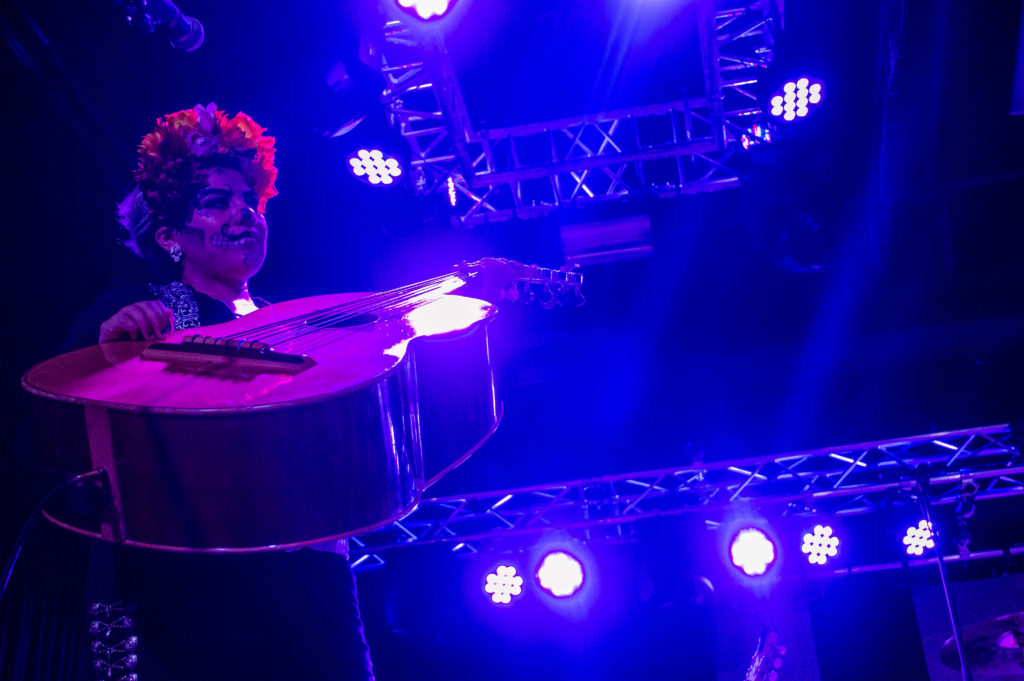 Día de los Muertos is an ancient Mexican tradition that originated in the Aztec culture. According to tradition, the Aztecs celebrated Mictēcacihuātlon this day, who was the Aztec’s goddess, or “lady of the dead,” and ruled the afterlife.

Throughout the centuries, this sacred day evolved with modern Mexican culture and society. Now, Día de los Muertos continues to be observed all over Mexico and by the Mexican communities in the United States. This traditional event celebrates the lives of the dead, rather than mourning or grieving for them.

As a part of this celebration, bright and colorful altars are set up in people’s homes with different personalized offerings for the deceased, including: hot meals, pan dulce, marigolds, any trinkets that may have belonged to the deceased, and their photos. Cemeteries across Mexico fill up with the deceased’s friends and family members who decorate their gravestones and musicians who gather to play music for the dead and their visitors.

For the first time ever, Artown Reno presented a live performance to honor the Mexican celebration. La Santa Cecilia, Mexrrissey, and Mariachi Flor de Toloache all performed at the Cargo Concert Hall on November 1.

Cargo was filled with the local Latino community and many others who came out to join in the celebration. Many of these people were dressed in the traditional Día de los Muertos attire: bright flowers, rich colors, and skulls.

The first performance was Mariachi Flor de Toloache, an all-female mariachi band. This band is known for breaking gender barriers in the mariachi world because it is a largely male-dominated world. The Latin Grammy-nominated band members walked on stage wearing traditional mariachi attire and had half of their faces painted by makeup to represent skulls. To top it all off, they wore the classic bright, big flowers on their heads. 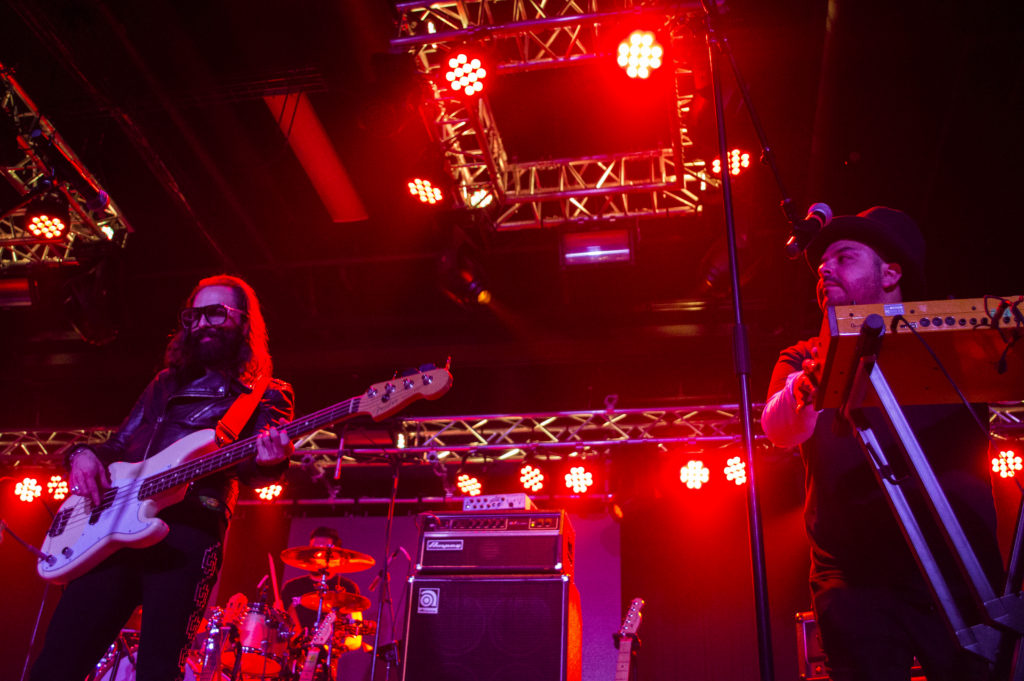 Mariachi Flor de Toloache energized the crowd with their twist on the regional Mexican genre of mariachi music. The people in the crowd sang along with their famous covers, screamed the “mariachi grito,” or the mariachi call, and danced along while honoring their culture.

The music continued with performers Mexrrissey and La Santa Cecilia. They followed the ladies of Toloache by sustaining the crowd’s energy and finally culminating that energy at the very end of the night. The night ended with all three performers hopping on stage and performing together. The small stage was packed with the performers and the vibrant energy of Día de los Muertos.

As the show ended and the Cargo concert hall closed it’s doors on the night’s event, Downtown Reno’s streets led the celebrators and their colorful skull attire back to their homes.

The Día de los Muertos event at the Cargo created a space for the Latino community to celebrate a traditionally important and cultural holiday. As joyful and celebratory as the energy at the event felt, I noticed a woman who wept as she sang and swayed along to the performer’s music.

rrounded by music,  community, and marigolds. 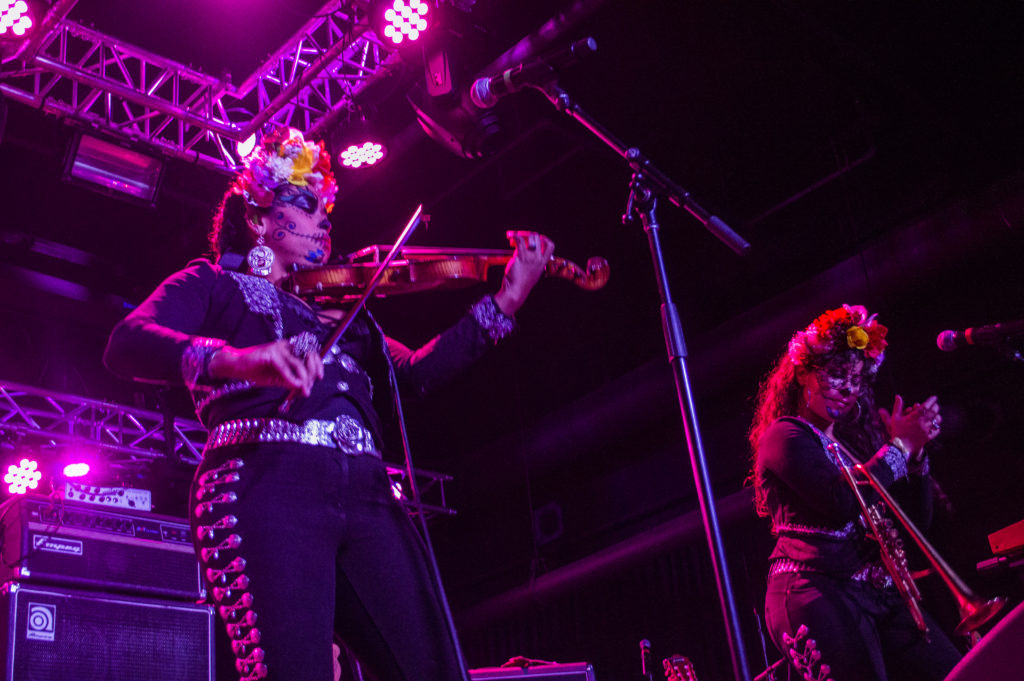