By ASUNNovember 7, 2017Uncategorized
No Comments 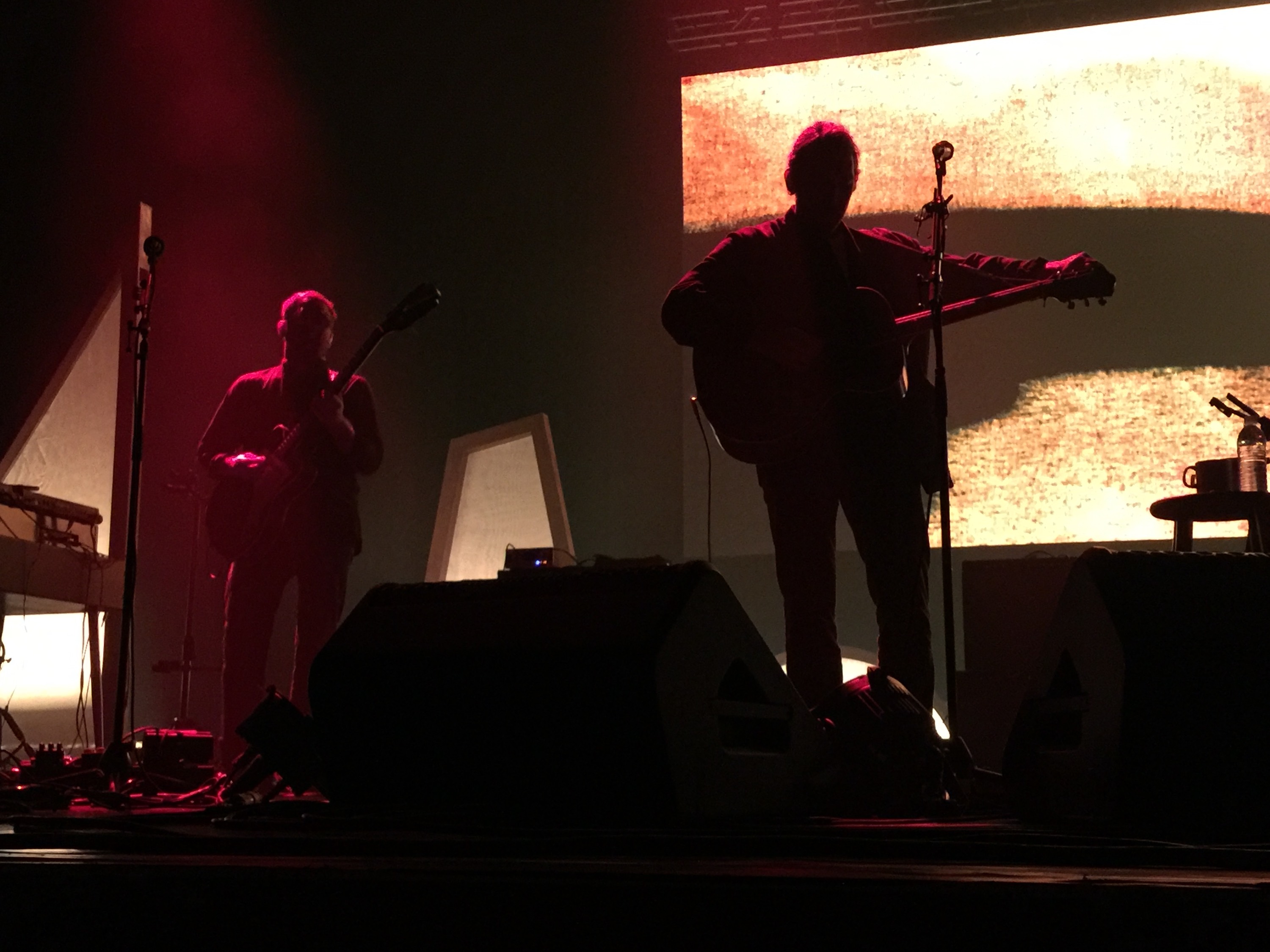 I have always enjoyed the Fleet Foxes woodsy, renaissance-esque sound. So when I heard they were coming to town on September 18 I leapt at the opportunity to attend the band’s performance. After taking a few years off, the Fleet Foxes have returned to perform their new album Crack-Up and they were far from talentless or disappointing.

Bearded guys and girls with flowing dresses formed a line behind me as we waited for the venue doors to open. As we entered the misty space, I proceeded to walk to the general admission area and stood front row. I overheard some travelers from Portland exchange stories about their favorite Fleet Foxes songs and felt the anticipation of each attendee. After the opening band and a short intermission, five slender men walked on stage.

Frontman Robin Pecknold drank from his cup of tea and began to sing. He resembled a young Eric Clapton in appearance. The seemingly shy singer kept his eyes closed as he harmonized with the other members. Their impeccable harmonies and Pecknold’s high notes would truly fracture our lungs and damage some ears if we dared to try. Other than Pecknold’s nearly mystical voice, I also noticed the band’s virtuosity. In between numbers, they would exchange their instruments for different ones and never failed to rock each one. Each member is a gifted and talented instrumental chameleon. Witnessing this band live is a soothing gift to ears.

“Who stole the light from you? Who turned you so against you?” asked Pecknold as he began “Naiads, Cassadies” a favorite of mine off their new album. The intimate gathering of people sang along with the small-framed lead singer. The band continued on with old hits like “Mountain Tiger Peasant Song,” “Your Protector,” “Blue Ridge Mountains,” and “Helplessness Blues.” Each delicately delivered with passion and perfection. If you missed the Fleet Foxes in Reno, make sure to check them out online or purchase their new album Crack-Up. They are a delightful treat both on the album and live.