Life on the Playa 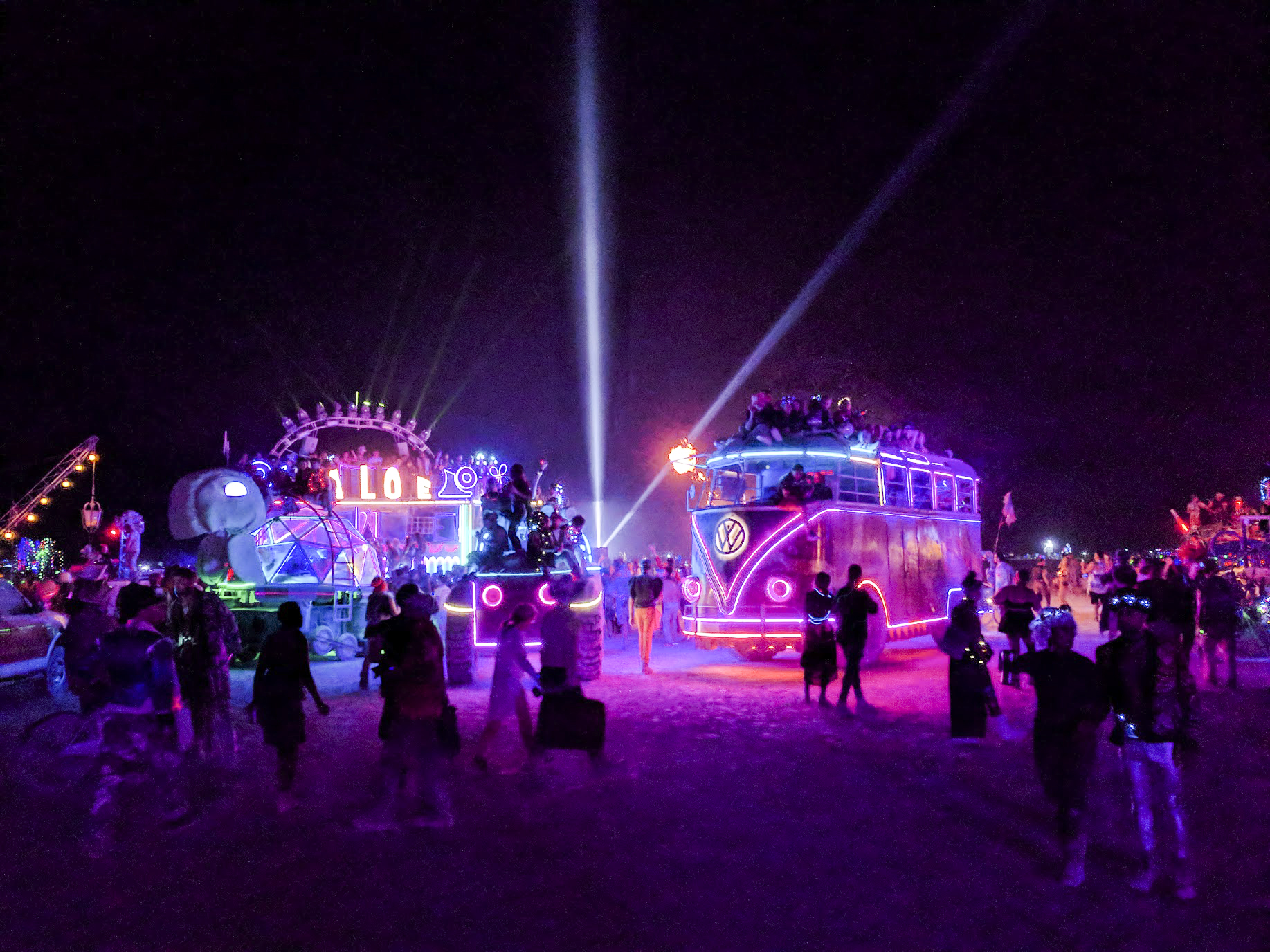 The Playa: A Northern Nevada desert that has been compared to ancient civilizations, a fantasy world, and even a Mars-like landscape. This iconic desert, located in Black Rock City, Nevada, is a semi-arid region that houses hundreds of species of wildlife. However, the Playa is also home to one of the most famous festivals in the world: Burning Man.

“Burning Man is for a bunch of sex-loving drug addicts,” one engineering student at the University of Nevada, Reno said. Yet, Burning Man has also been regarded as one of the most unique and eye-opening experiences in the world. 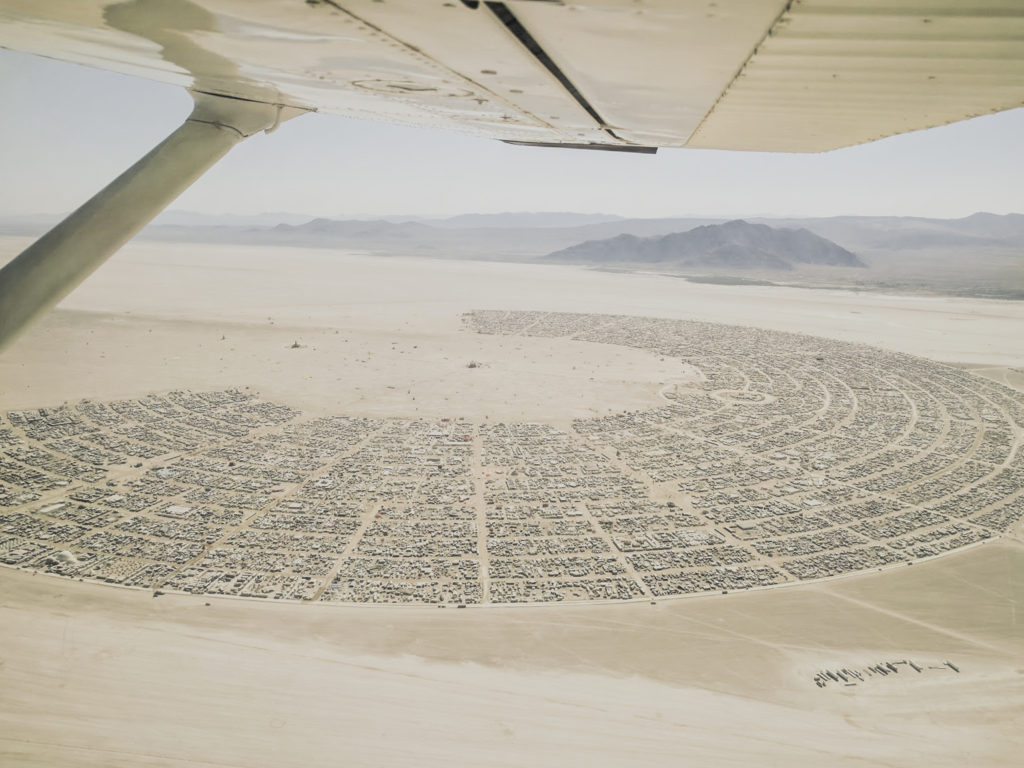 Speculation concerning the nature of Burning Man has been drawn out for years, from social stigmas proclaiming extreme drug abuse to the rapid spread of STIs in the desert. However, the astronomical numbers of “burners” who attend the event beg to differ. With nearly 70,000 people annually attending the event, Burning Man has gained a name for itself internationally.

Burning Man began in 1986, when Larry Harvey and Jerry James started a bonfire in order to celebrate the summer solstice in San Francisco, California. Harvey labeled this “a radical act of self-expression,” a phrase known by many burners as the trademark term for Burning Man today.

Howard Goldbaum, a journalism professor at the University of Nevada, Reno has attended Burning Man many times. “Nothing can compare to the vision you see the first time you step into Black Rock City at night. Nothing else on Earth is like that sense of space and the sense of wonderment,” he said about his first impressions of Burning Man. “It’s a celebration of the creative aspects of humanity. You’ll never see such a concentration of creative people and creative things. The art can last forever, or be ephemeral. The epitome of the creative spirit,” he continued. Goldbaum is also widely known for encouraging his students to attend the festival at least once in their life and to rid themselves of assuming stigmas that could harm their experience.

The festival’s website, burningman.org, offers a wide variety of information and frequently asked questions in hopes of diminishing confusion among those who propagate stigmas about the true nature of the festival. “The first time I went, I wasn’t well prepared. You need to read up and understand the experience you will immerse yourself in,” said one frequent burner, who has attended the event six times in the last seven years.

Shelby Riley, a student at the University of Nevada, Reno attended Burning Man for the first time in 2017. She explained many of the things she heard from outsiders to be untrue, such as overt drugs usage.”Drug use on the playa is really discreet. It definitely happens, but it happens behind closed doors, and no one is openly disclosing that they are doing drugs because the drugs aren’t what makes Burning Man magical. Just being at that place is like being on a drug.” So, where do these stigmas come from?

“They come from people who haven’t been,” Goldbaum stated. “People who are unaccepting of other attitudes, afraid of what they don’t know. People who are against diversity, won’t befriend people who don’t look like them. They have a fear of anything that isn’t their everyday experience.” 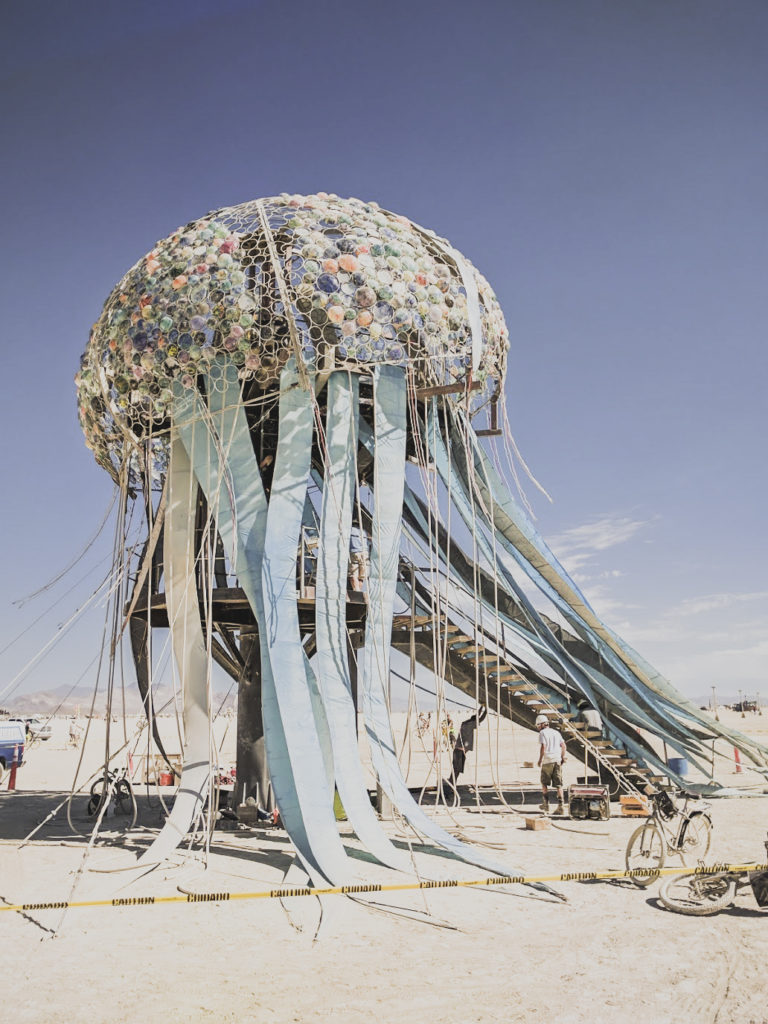 Nudity on the playa has often come under scrutiny by the world outside of the festival, or what burners label “The Default World.” Yet, many burners explain that nudity is not explicitly sexual, but rather a simple expression of humanity. “If you see a naked person on that playa, it’s nothing weird. It’s literally just a person without the clothes we wear daily. It’s nothing sexual, shameful, or frightening,” one burner said.

The future of Burning Man seeks to be even more inclusive to all peoples. With a large population of children, who may attend the event with a guardian for free, as well as burners who have been in attendance for decades, the age group could not be more diverse. Yet, the festival is striving for even more variety in order to expand the plethora of different art forms visible at Burning Man. Thus, stereotypes aside, the festival provides something for everyone.

“Burning Man is an escape from everything you know to find a world beyond your own,” Riley explained. “In a city so big, you can choose to participate in any reality you choose.”