Off Beat Music Festival, On Beat and On Point 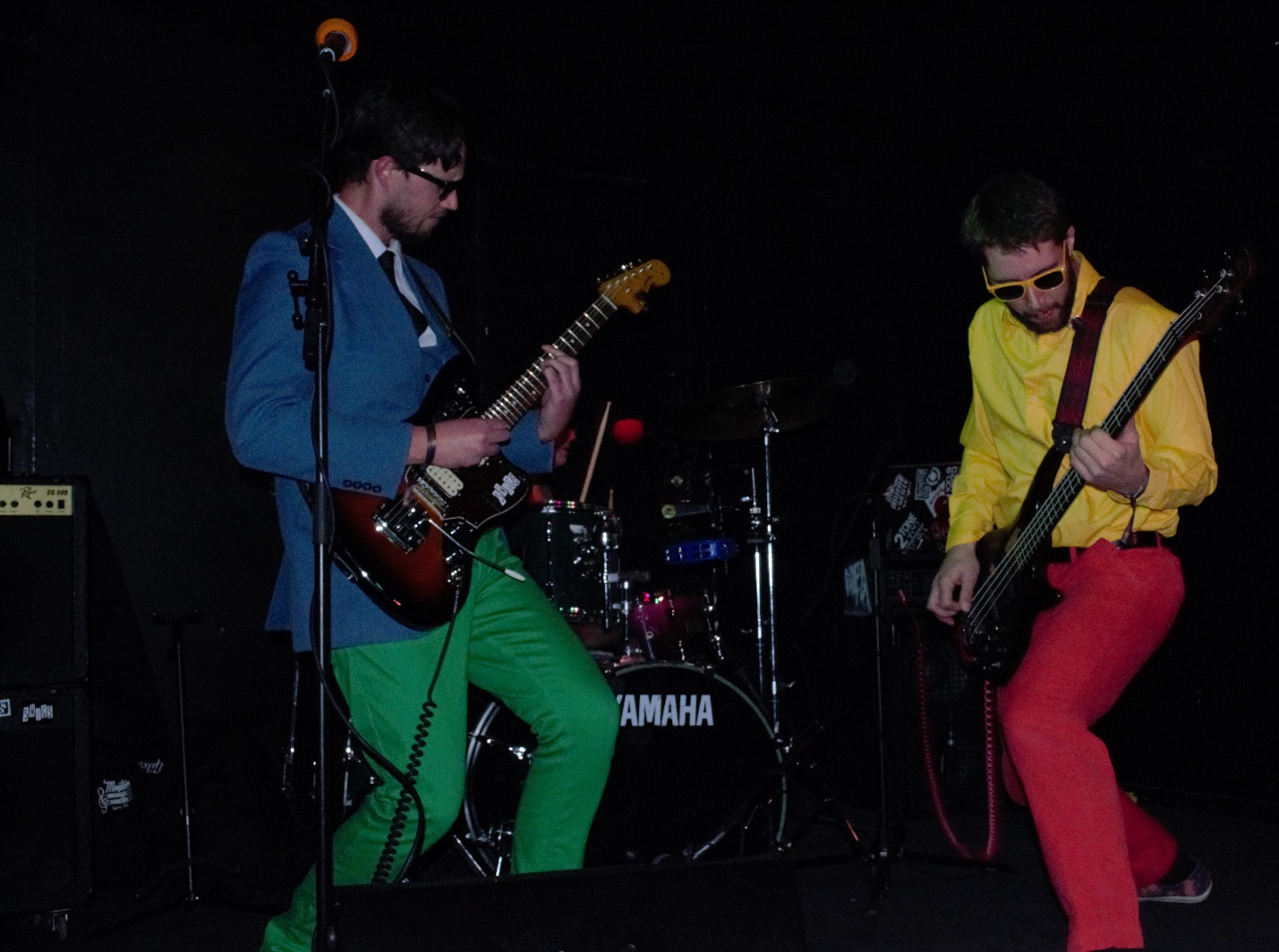 The mellow yet electric sound waves pierced the air and soothed the bar at the same time. Costelloe engaged the crowd which gathered around the stage in enthusiastic response.

Bloody Waters brought the energy, channeling western surf rock grooves in their Hawaiian shirts and beachy hair waves. The bass made itself heard through the high-pitched guitar, in an excellent balance of frequencies.

Guitarist Brian and bassist Bryan utilized a wide assortment of effects pedals while the drummer accentuated hits and riffs on his four-piece kit. Bloody Waters’ songs were mostly instrumental, something not often performed with such success.

Not many bands have more than one singer, but both Brian and Bryan sang with dignity. Bloody Waters displayed effective use of dynamics and time changes, things many garage bands struggle with.

Local surf rock band SWIGS entertained the masses with their witty banter in between upbeat nerd rock songs about Mario and The Fresh Prince. Adorned in bright colors, the trio lit up the stage as they celebrated the release of their new EP “Dumb Fun.”

SWIGS stands out not only for their catchy tunes, but their appearance. In addition to their colorful attire, they don sunglasses and sing into colored microphones. The band is named for taking swigs of alcohol, so Shea’s Tavern was the right venue to play.

The crowd was in full-force as San Francisco band Apache took the stage. Apache had more of a classic rock feel that nearly everyone seemed to appreciate. Lead singer Apache repeatedly invited the audience to enjoy the hot tub in his hotel room after the show.

Wooden four-piece drum kits were the theme of the night. Drummers are a dime a dozen; good drummers not so much. Every drummer of the night played well-placed fills in addition to keeping precise time.

Day two of the three-day city-wide Offbeat Music Festival ended with thunderous applause and a lively crowd at Shea’s Tavern. Day three promises to be something local music aficionados will not want to miss. The last day is Saturday, November 4.