What a Trump Presidency Means for Women’s Reproductive Rights 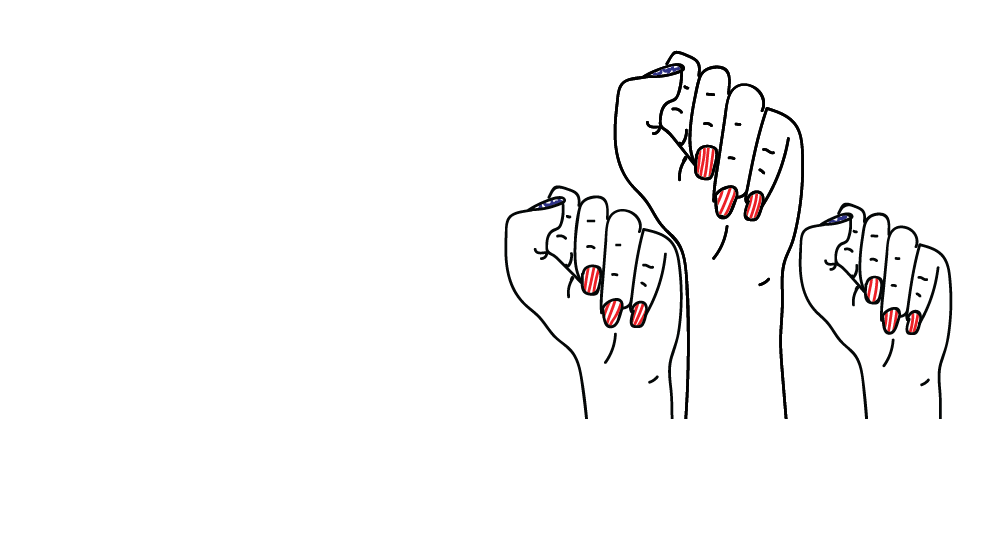 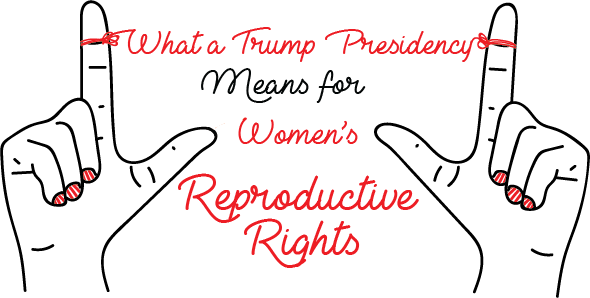 As the country continues to transition into Donald Trump’s presidency, women should be aware of how their abortion rights could change. Currently, women are legally allowed to get an abortion in the U.S. under Roe v. Wade. However, if Trump does as he says, he will appoint Supreme Court Justices that are in favor of overturning the 43-year-old Roe v. Wade court decision.

As of now, Roe protects the right to an abortion until the fetus can live outside the womb. Twenty-seven states have at least one additional regulation, including mandatory waiting periods, restrictions on health insurance coverage and bans after 20 weeks of pregnancy.

Trump says that if Roe v. Wade was overturned, the decision to make abortion either legal or illegal would return to each individual state’s will.

When asked what women seeking abortions would be left to do, Trump simply said, “Well, they’ll perhaps have to go—they’ll have to go to another state.”

Louisiana, Mississippi, North Dakota and South Dakota have laws to automatically outlaw abortion if justices overturn Roe. Eleven states have retained their pre-Roe bans, which would again take effect in such an event. Seven states, meanwhile, have laws that protect the right to obtain an abortion prior to viability or when necessary to protect a woman’s life. According to studies conducted by Planned Parenthood, 7 out of 10 Americans are in favor of safe, legal abortions. Despite that, the Trump Administration is persistent on making abortion illegal on the federal level. His Vice President, Mike Pence, is equally notorious for his pro-life stance as well.

“I’m pro-life and I don’t apologize for it,” Pence said. “We’ll see Roe v. Wade consigned to the ash heap of history where it belongs.”

Planned Parenthood remains willing to fight for women’s reproductive rights as they have said on their website. Former Vice President of Public Affairs for Planned Parenthood Mar Monte, Alison Gaulden, stresses that even if abortion was made illegal, risky abortion procedures will ensue.

“Abortions will never go away; women will always have abortions. What happens is if the safety goes away then they will die of abortion, they will die of inadequate care,” Gaulden stated. “Making it illegal or hiding it, doesn’t make it go away. It makes women more vulnerable.”

Before Roe v. Wade was decided by the Supreme Court in 1972, 17 percent of all deaths due to pregnancy and childbirth were the result of an illegal abortion. These procedures were often done in unsanitary, unsafe environments and performed by people who were not experienced health professionals. After Roe v. Wade was passed, only 0.3 percent of women who have legal abortions die from procedure. Gaulden is confident that Planned Parenthood will continue their commitment to providing safe healthcare for women.

Many women would end up struggling financially if the right to an abortion was taken away. For example, some may not be able to afford a child in the first place but in other instances, having a child means it is harder for women to find work and/or keep a job. Ann Crittenden, an author and former reporter for The New York Times explains in her article “The Mommy Tax,” that most companies seek workers that are unencumbered. Those who can’t devote all of his or her time to their career have permanently lower lifetime income. For women, this means that they will no longer have a chance to decide between motherhood and a career. If women are not allowed to terminate a pregnancy they will automatically carry a financial burden for the rest of their life. Sociology Professor Dara Naphan at the University of Nevada, Reno agrees with the article by Crittenden.

“It (abortion) has a lot to do with economic dependence for women and I think that’s key,” Naphan said.

Child care is an important factor in determining gender inequality. It is common for men to leave a woman they impregnated because they don’t want to be responsible for the child. If abortion rights were taken away, that would automatically put the burden of child care on women because they have no choice but to have the child.

“If child care disproportionately falls on women, then you know that society has a high level of gender inequality,” said Naphan.

Gender, Race and Identity instructor Alissa Surges, at the University of Nevada, Reno says that this is an obvious representation of how women’s health is seen by the government.

“To many of the men who oppose abortion, the message is the obvious one: women’s health does not matter,” Surges said. “(Because) abortion rights are not seen as a health issue, it shows their limited understanding of socioeconomics, health, and women’s rights.”

Naphan echoes that statement adding that the social constructions about gender are a major reason why the struggle for women’s rights and equality is ongoing.

“If you look at politics and how men dominate politics, it shows that it’s a huge part in the social construction of everything,” Naphan said.