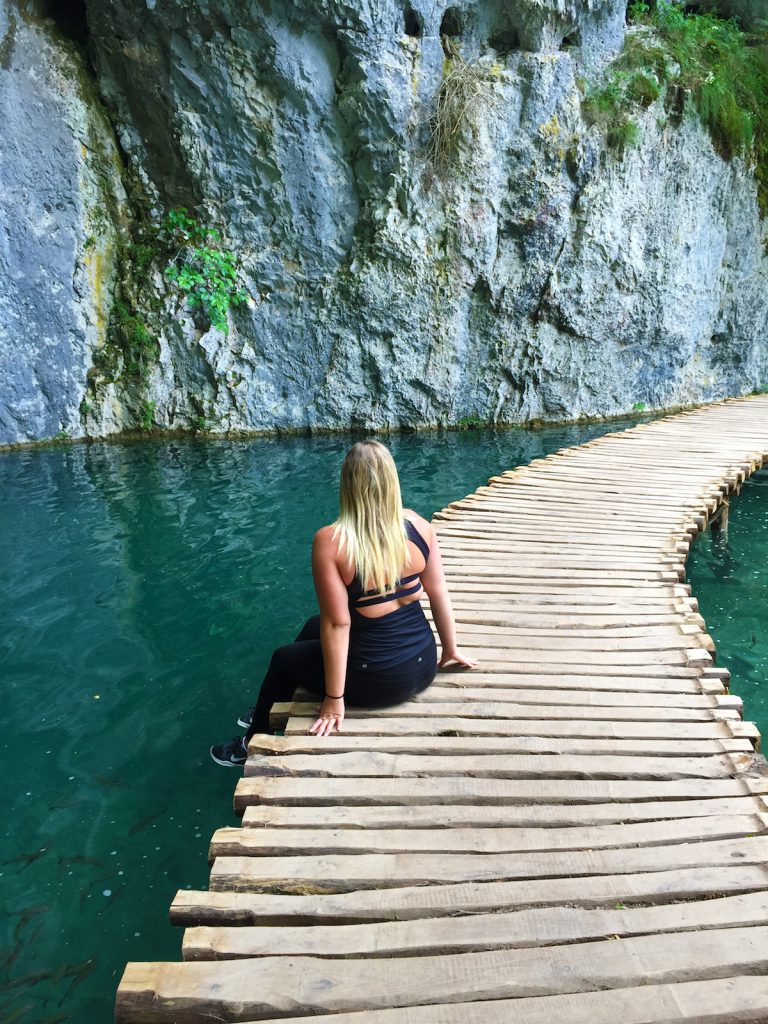 Liberation—a complex and formidable word that contains several layers of meaning according to the person it possesses. What does pure liberation mean? Is it never having to face oppression or inequality? Could it be never staying in one place and experiencing life according to the direction the winds are blowing? How about being completely in tune and comfortable with yourself to the extent which no other person’s opinion or judgment has the potential to impact you? The true meaning can only be defined on a person-to-person basis. Liberation is something that one has achieved for themselves regardless of the path it took to get there. One’s sense of self is composed of countless experiences and hardships that then become a part of the rewarding aspects of liberation. But, how does one just obtain a pure and true knowledge of thyself? The answer is simple. Travel. And I don’t just mean to a nearby part of town either. I’m talking about a place that will push you out of your comfort zone and challenge your current perspectives. How do I know this methodology is effective? I put it to the test myself.

Yes. I— a then 20-year-old, inexperienced girl—decided it would be a good idea to travel abroad in order to take part in a medical internship in Pula, Croatia, despite the apprehension I received from my family. Looking at my itinerary on paper, it all seemed so easy. I had never visited a different continent before, but how bad could five connecting flights and over 24 hours of travel time be? With my two suitcases in hand, I stomped inside my hometown airport trying to exude confidence. The truth was, I had never been so scared of something in my entire life. It was my responsibility to make it to Croatia in one piece, as I was the only person I could depend on for this journey to be a success. I shook off my fears long enough to make it to New York.

Already feeling a little homesick, I texted goodbye to my parents as I really didn’t know the next time I would have access to Wi-Fi in order to talk to them. Once I arrived in Germany, it was just as I had expected—no internet access. This was the first time in my life that I had no communication with the outside world. It was just me, myself, and I at this point—so I naturally started to panic. While waiting for my fourth plane to arrive, I watched the countless blobs of faces that passed me by. I wondered where they were going, and if they felt as lonely and afraid as I did. Not knowing the languages or places around me, the unfamiliarity started to suffocate me. Not wanting to cause a scene, I began to breathe deeply and remind myself that this is what I signed up for. I wanted to be challenged, and above all else, I wanted to be brave. This is when I made the conscious decision to embrace the culture shock I was experiencing instead of resisting it. I took in any slight difference in the behavior of the people around me, the smells of the cuisine wafting down the terminal hallway, and even the infrastructure that I was enclosed in. I documented it all. Although frightening and unfamiliar, I knew this was something I never wanted to forget.

Fast forward twelve hours and I had finally arrived at my target destination: Pula, Croatia. I trudged off the plane and into the terminal to meet with the program coordinators I signed up with. I had reached a whole new level of exhaustion at this point and couldn’t wait to exit the airport in order to draw in fresh air. While being driven to my living quarters, my eyes were glued to the window. I didn’t want to blink or move. My brain was taking in sights faster than I could process them. I was in pure disbelief at the amount of green, grassy meadows that engulfed my surroundings, the hundreds of sailboats that grazed the deep blue water nearby, and the antiquity of the tall buildings that were dispersed evenly throughout the city. Complete and utter disbelief. Nothing else mattered to me in this moment. I was consumed by the unknown that surrounded me and I loved it. Looking back now, it was a memory that can’t be described in any other way besides actual bliss.

While in Croatia, I tried to keep up the same mindset I had while in the airport—soak up every moment, even if fear is present. I tried the local cuisine, went to the beach by myself regularly, traveled to other cities in Croatia, took tours of local monuments, and fell in love with a place I never knew existed six months prior. I was living my life based on my own agenda. I had no outside pressures of society telling me how I should spend my time, so I capitalized on the fact that I had my own aspirations and I was going to abide by them. Was there a time when I was unbearably lonely? Of course. But for the first time in my life, I was able to listen and comprehend my loneliness, instead of fight it. I became in touch with my emotions in a way that allowed me to feel deeply, but also be completely content with those feelings—good or bad. I came to appreciate solitude and reflection periods in order to better myself and learn what I really wanted out of life.Because I was essentially a human sponge in another country, I was able to learn a lot about the culture that engulfed me. I listened to the conversations being exchanged around me even if I couldn’t understand them, I talked to people with the few words I knew in Croatian, and above all, I learned humility about things I had been taking for granted my whole life. Croatians didn’t center their lives around material items. They were all about experiences. Experiences with one another, experiences with nature, and experiences with their own culture. No one cared if you had a nice car because guess what? A bus got you to your destination just as fast. The people were about the people, and I never realized how little I had been living my life like this up until this turning point. Being American, I had always dreamt of having material things in order to indicate success in life, but my ideals were completely turned upside down when I observed Croatian society. I couldn’t get happiness via a car or a big house. I needed it through human interaction. Through human decency, or through the indulgence of nature. These people were completely content with the lives they had. They weren’t striving for more stuff, rather, they were striving for more happiness. More self-fulfillment. With this observation, I knew that my aspirations had shifted to ones that didn’t involve materials. I wanted to travel more, learn about the values of other cultures, and ultimately, become a person that appreciates experience over materials.

Traveling to a different country popped the bubble of conformity I was consumed with for the entirety of my life. Before Croatia, I was walking a path that all of society approved of. It told me to fear the unknown and not to question the progression of American life. By finally leaving behind this society and the means to communicate with it, I was able to determine my own mindset regarding my future, aspirations, and morality. I drew in a fresh breath of perspective and originality that cleared my mind of previously conceived notions put into my head. This intake led to a confidence in the person that I wanted to become when I returned home. I was self-aware, and completely content with myself because I wasn’t tainted by others’ opinions. I was able to free my mind from the judgments that were subtly bestowed on me throughout American culture and be the person that I truly wanted to be. I finally felt complete liberation.