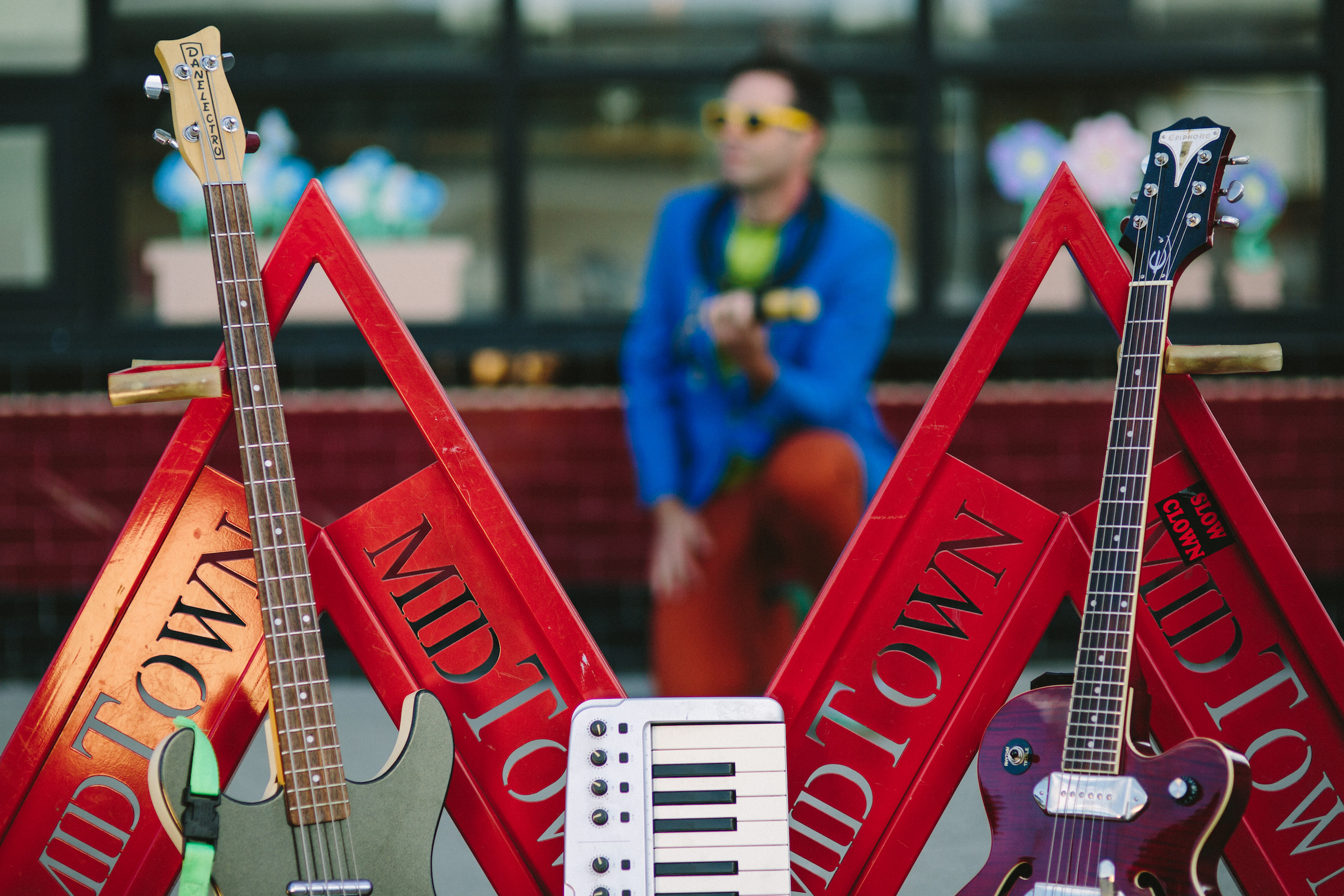 Ford has really gone off the goddamn deep end now! What was he thinking?” reads the description on the Bandcamp page of local Reno musician Ford Corl’s latest release, ‘Mr. Acid Head’. Over the past decade, Corl has released five solo records—all of which deviate from each other in both musical sound and concept.

With a catalog as dense and spanning as Corl’s, it’d be easy to become immersed past the point of distinction. Yet Corl’s fluidity between genres finds his catalog shifting from fuzzy indie rock, to ambient soundscapes, to feel-good indie pop, with some of his releases combining all of the above.

On his fifth record, ‘Mr. Acid Head’, Corl breaks ground on territories he’s not yet explored— a feat for a songwriter with four eclectic solo records. ‘Mr. Acid Head’ departs from his psychedelic and alternative rock leanings, incorporating interludes between every track. The record is a concept album; one that tells a story of a ghost named ‘Mr. Acid Head’—a name he came up with one morning while enjoying his morning coffee. His aspiration for the record was to create one that was more enjoyable as a cohesive whole rather than picked apart by releasing singles. “I’ve always been more fascinated with full albums that would flow so seamlessly from the first track to the last,” states Corl. 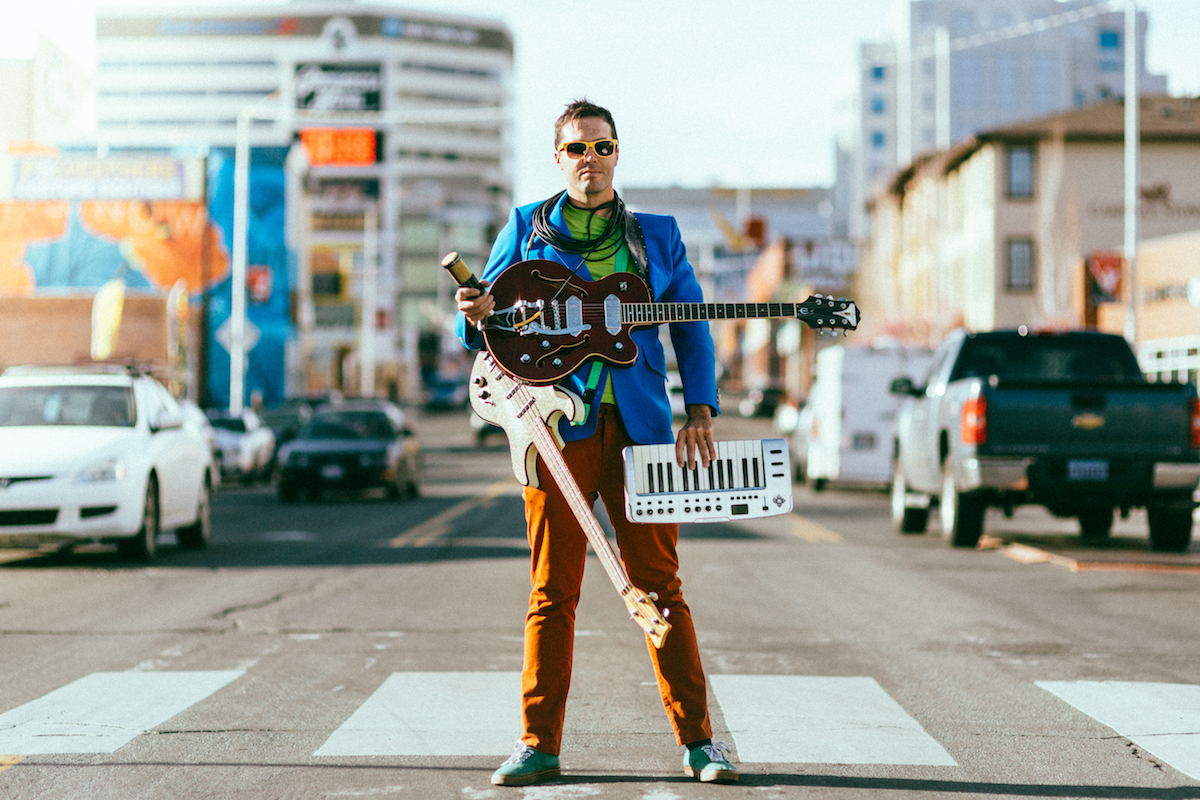 Corl has been making his own music since age 11, but it wasn’t until college that Corl began taking recording his music seriously.

After a move to Reno from Tucson and an upgrade in studio equipment, he put out his first solo record ‘The Robot Detective’ in 2007. Corl says “as the years passed I continued to upgrade my equipment and microphones, all the while continuing to experiment with writing and recording more complex music.”

His ambition pushed him to constantly reach for better and hone his craft. What further refines Corl’s music is the incorporation of cinematographic elements into his music. On top of recording and releasing solo albums, Corl’s passion also lies within cinematography. Along with making his own feature films, he is the co-creator of the Reno Sessions, a live performance video series hosted on www.therenosessions.com

“The Reno Sessions was something I came up with along with my friend David Ware. We, along with audio master Shawn Sariti, create live performance videos for local bands”, he says. “In many ways, it’s the perfect combination of my passions; filmmaking and music production.”

His work with the Reno Sessions landed him and his co-creators a ‘Best Arts and Entertainment Program’ award at the 2014 Emmys. Since then, the Reno Sessions continues to grow and progress as a springboard for local musicians.

His fascination with the symbiotic relationship between music and film is most evident on ‘Mr. Acid Head’. As the title might suggest, it’s his most experimental work to date.

He cites Stanley Kubrick and P.T. Anderson as inspiration on the filmmaking front; “Surreal, psychedelic, and just plain weird. That’s how I like my films.”

For the conceivable future, Corl has his stake planted in the Biggest Little City. Corl mentions putting together a full band for live performances as a goal for 2017.

“I like Reno because it’s constantly changing. When I first moved here I was certain I wasn’t going to stay. As the years passed, Reno kept changing and I kept falling in love with it. Eventually I just said, ‘Alright I’m staying and seeing what direction this crazy town takes. I still love it.’ This town has a scene that I root for. I’m constantly thinking about ways to be a bigger part of it.”

Later on in the description for Mr. Acid Head on his Bandcamp, it reads “He’s made a lot of albums over the past 10 years and he has a tendency to experiment and skip around to different genres. Perhaps this is just a weird phase he’s in.”

Perhaps, but the Reno music scene can only hope it’s just more than a phase.