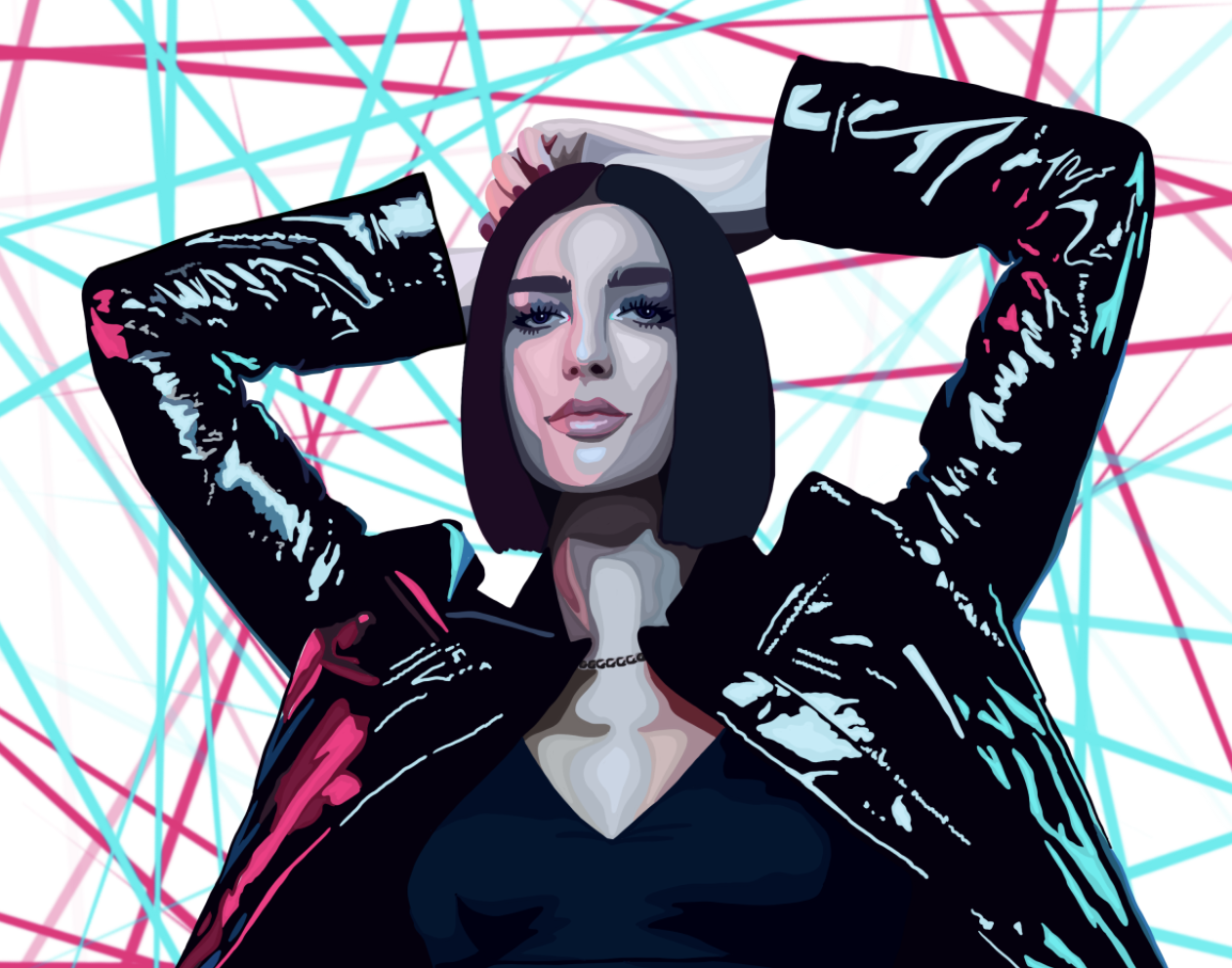 “I know you’re dying to figure me out,” Dua Lipa sings on her sophomore album “Future Nostalgia.” And she’s not wrong. Her self-titled debut album “Dua Lipa”  established her smoky and raspy voice, yet it lacked a sense of who Dua actually was and has become. “Future Nostalgia” highlights her versatility by sharing a collection of sophisticated pop-funks that radiate inspiration from Donna Summer and disco.

“Future Nostalgia” is nothing like her debut album; Dua really knocked herself out of the park here by staying true to a retro theme that almost makes you feel like you’ve been transported into an episode of “The Jetsons.” Within the 37 minute duration, there is not a single song that does not exemplify 80s pop and 90s club culture. “Future Nostalgia” is incredibly fun, consistent and a driven attempt to find a place for disco in 2020.

The lead single “Don’t Start Now” has been a mega-hit — not because it’s the background song of a new Tik Tok dance trend, but because it screams dance-pop anthem. “Don’t Start Now” is for sure a staple pop song, but with a hint of disco strings and a funky bass. Her song “Physical,” on the other hand, is a dark wave remix of Olivia Newton-John’s 1981 hit “Physical,” but it’s more sensual and maintains the 80s’ synth-noir style.

Softer tunes such as “Cool” and “Boys Will Be Boys” highlight Lipa’s sultry low alto, but steer away from the album’s theme a bit, as these songs are mainly pop infused. “Cool” has a funky bass with a catchy chorus and soft bridge, but it just doesn’t have the same excitement, disco funk and oomph that the rest of the album produces. Nevertheless, “Cool” would be a great way to sum Dua’s personal aura.

“Future Nostalgia” is like a modern time disco album. It stays consistent to the 80s disco funk, and it’s a perfect album for a self-isolated dance party. The album is a blast from the past that you won’t be able to get enough of.