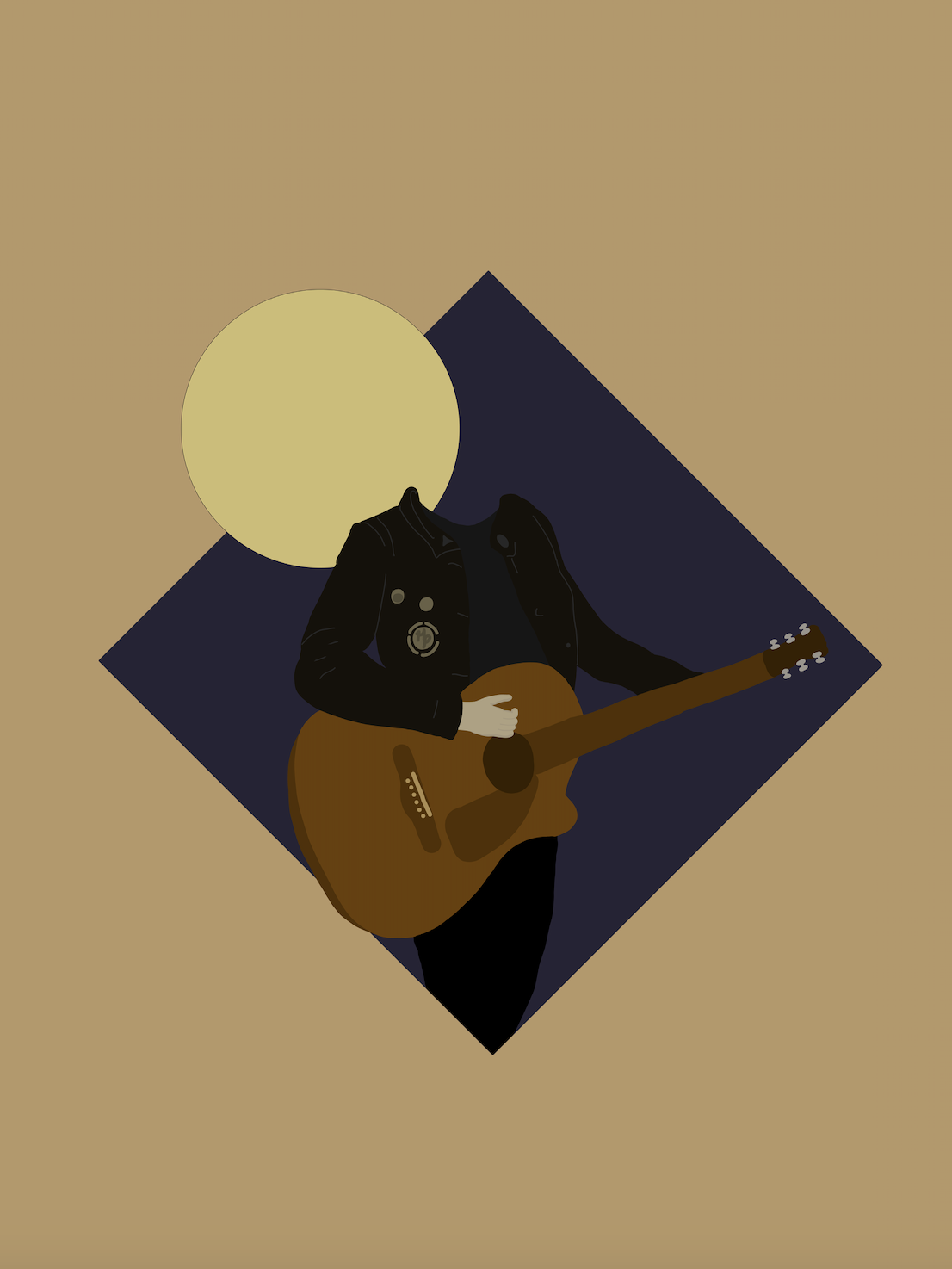 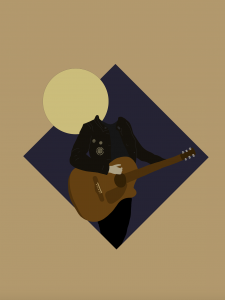 Gina Rose Waller’s music has the ability to get your head bopping in that rare, infectious way. Amidst the dim lights of her stages, her soothing, emotion-filled voice and her rocking guitar solos resonate with an audience in a profound way that keeps them coming back. And keep coming back, they do — Waller has released three EPs so far, and her performances at the Holland Project continue to be supported, which motivates her to keep performing and making music.

Waller has always held a deep appreciation of music; she’s been surrounded by it her entire life. “My brother is an excellent guitar player and inspired me to learn how to play when I was eight years old,” she said.

The distinctive twang of her voice and her guitar that accompanies her songs, all country/folk, adds an element of outsider or “outlaw” to her music, Waller said. “I’ve also been told that by listening to my lyrics in my songs, my music crosses into the ‘gothic Americana’ genre.”

The guitar is incredibly important to her work — it contributes to the ominous darkness of her lyrics, yet the minor to major shifts add an element of optimism amongst the darkness, as seen in her song “Valley of Ashes.”

“My music is all about intimacy and accepting the … more troubling aspects of life … I want to inspire others to express their hardships and grief through a development of healthy and open emotional response,” said Waller.

When asked what inspires her music and her creativity, Waller stated that supporting the local music and art scene in Reno is what motivates her most. “When I see that a friend of mine releases a new record or my friend has an art exhibit up at a gallery, it inspires me to … continue that creative snowball.”

Reno, however, has a noticeable lack of female musicians and female-fronted bands that gain exposure. They tend to be kicked to the curb in favor of male musicians, or seen as a “novelty” and “taken less seriously,” as Waller stated. Waller thinks that this doesn’t reflect an actual lack of women in Reno’s music scene, but rather, it reflects a lack of spaces where women can feel confident in playing shows and have their music and voice heard.

“We are missing out on women sharing their experiences of growing up in a western town where things are historically male-dominated,” Waller says. “I think the first step in getting women to play more music is to take away the stigma surrounding them and give validation of their talents outside of their gender. Teaching girls from a young age these confidence-building methods can create momentum for future generations.”

She practices what she preaches; during the summer, Waller teaches guitar for Girls Rock Reno, a week-long rock camp where girls from the ages of 9 to 17 can learn an instrument of their choosing, form a band with their fellow musicians, and write and perform a song for their friends and family. Girls Rock Reno is an important initiative, Waller believes, since it creates a non-judgmental environment where girls can learn from actual female musicians in Reno that they don’t need to be afraid to express themselves through their music and art.

The experience also helps the girls remember that they don’t have to change for the sake of generating sales or ‘making it.’ When I asked Waller what she’d want to change about the music industry, she stated that she would change how labels control a musician’s image and output.

“Most times when an artist signs to a record label, they give up their rights to owning their music entirely and pretty much become puppets for money-hungry producers … women, especially, feel trapped by their producers and are told what to wear, what to say, and how to think on the daily.” Waller stated.

Nevertheless, Gina Rose Waller remains genuine and true to her music. You can catch her at Girls Rock Reno, (which runs from June 15th to June 19th this year and for which applications are currently open), or you can see her performances live on social media every Tuesday — 7 pm on her Instagram, @faunsandferns_, and at 8 p.m. on her Facebook!