The Eddy House, a local nonprofit that seeks to assist homeless youth in Reno, is hosting a Community Birthday Party on Thursday May 31st, from 3-7 PM at their downtown location. Michele Gehr, the Executive Director of Eddy House, said, “We’re inviting the entire community to come and celebrate one of our boys that passed away last year.” According to Gehr, the young man, named Devonte, would have turned twenty-four this month. During the event, Eddy House will launch a new initiative called “Devonte’s Gift.”

According to Gehr, Devonte regularly went to the Eddy House and helped contribute to the overall morale of the facility. “Devonte was a kid that was always just really charismatic and just had lots of personality. Just very real,” said Gehr, “He had a very tough life, but he was extremely resilient. He was the kid that I thought was going to come out of this.” Gehr said that Devonte had enrolled in classes at Truckee Meadows Community College and hoped to work in early childhood development. “He was really working on pulling his life together, and then he got sick,” said Gehr, “He died of a bacterial infection that killed his heart, and everybody took it really hard here.”

Gehr said that Devonte was extremely committed to Eddy House. “When he was dying, his hospice nurse wheeled him here, and the kids went out and carried him up the steps in his chair,” said Gehr, “That says a lot about his level of commitment to the Eddy House and our family unit here that he would come as he was dying, just to kind of say goodbye.”

“He’s very much missed,” said Gehr, “The kids, and I, and staff wanted a way to honor him, and so we decided on a community birthday party.” Gehr said, “Devonte’s Gift will be a way for the community to help support the Eddy House as we expand.” Gehr hopes to expand the Eddy House and its hours of operation. “The goal is a twenty-four hour center with fifty beds. I want to get these kids off the streets,” said Gehr, “We’re hoping that we get enough community support. This is a community problem to solve, and so if the community comes together, they’ll all have a stake in that.”

According to Gehr, Devonte’s Gift could help Eddy House to achieve the funding required to open a twenty-four hour facility for homeless youth in Reno. Gehr said, “What we’re trying to do is get a thousand individuals, business, organizations, faith-based groups, friend groups, grandparents, whatever it is, just a thousand to commit to a thousand dollars over the course of a year. So that’s about eighty six dollars a month if they go through Paypal.”

“This is a safe place,” said Gehr, “Most of our kids are trauma affected, and many of them, if not all of them, suffer from some form of PTSD (Post Traumatic Stress Disorder). So you have to calm the fight or flight before you can take in extraneous information.” Mental health resources are among the most utilized resources at Eddy House. Gehr said, “I have an MFT (Marriage and Family Therapist) that sees 120 clients a month.”

Gehr said that first, the Eddy House focuses on basic survival needs for the homeless youth, and then on life skills, such as job searching. “Homeless kids really want to work. They view this as a temporary situation, a bump in the road.” said Gehr, “They want to be working, they want to get back in school, they want to get their education, whether that’s in trade, or with a vocational certificate, or their degree. I have kids here that want to be everything from marine biologists to social workers.”

Gehr believes that homelessness in Nevada is preventable and that the community can help to end youth homelessness altogether. “The data shows that if you can intervene before the age of twenty-five, they don’t become homeless again,” said Gehr, “You can effectively stop that cycle, and so we are all about prevention.”

Gehr urges the community to become more involved and to spread the word about Eddy House. “I really want to invite the community to come for a tour. I want them to see what we do, and just know that these kids have so much potential,” said Gehr ,“One of the things we track is ‘What do you want to be when you grow up?’ And they just want to be normal.— teachers and doctors. They want to own their own business, and they’re really motivated.” 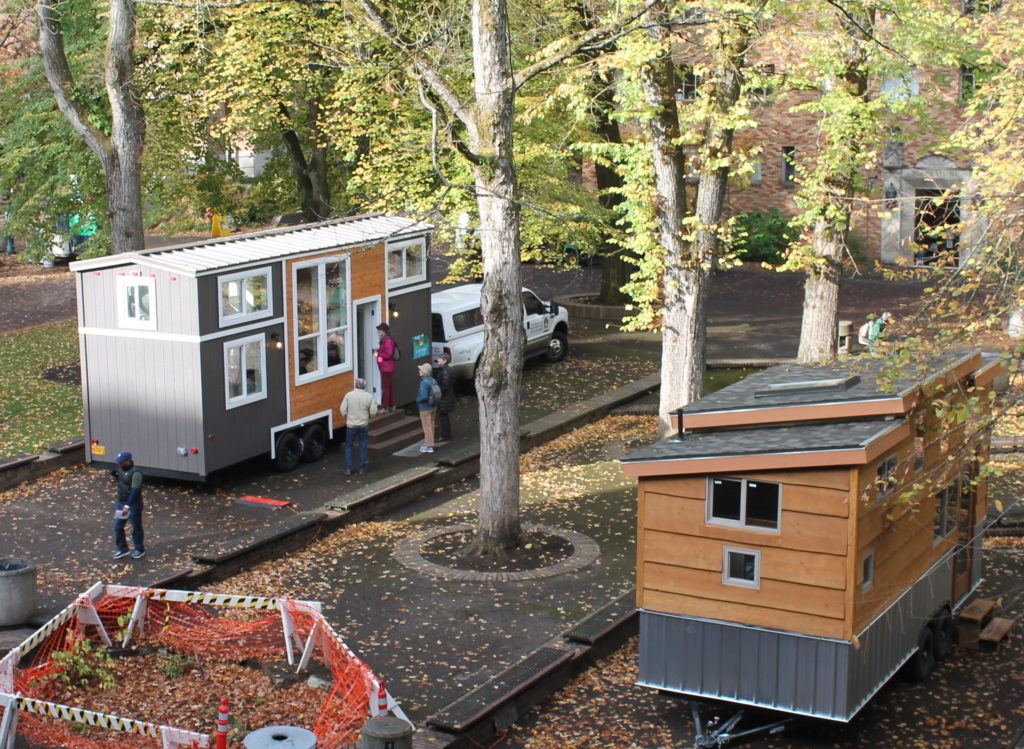