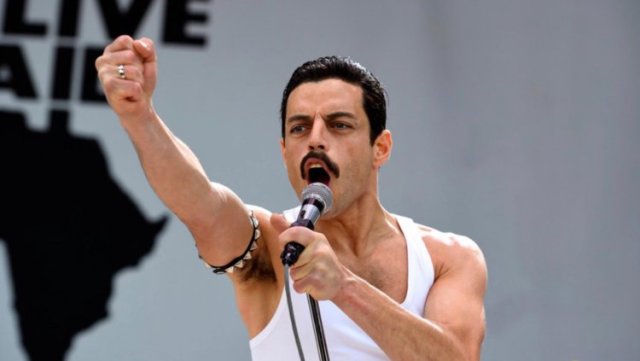 The Real Life and the Fantasy: A Bohemian Rhapsody Review

Queen’s frontman, Freddie Mercury, has been forever immortalized by Bohemian Rhapsody, a new biopic following his life and Queen’s career. From Mercury’s beginnings as a young man working at an airport to his creative inputs and impact on Queen, Bohemian Rhapsody details all corners of his life while capturing his zest, his unconditional love, his love for music, and his undeniable idiosyncrasy.

When I first heard that Mercury’s life was going to be made into a biopic, I was afraid of how Hollywood was going to portray his AIDS diagnosis. Thankfully, Bohemian Rhapsody tackled the heavy themes of his sexuality and provocative lifestyle in a tasteful manner that informed the audience about Mercury’s life without condemning him or romanticizing him. Mercury was more than his diagnosis. He was an eccentric and passionate character; a true iconoclast of the seventies and eighties and fortunately, the film showcased that fact.

Rami Malek portrays Mercury brilliantly. Malek learned Mercury’s mannerisms and stage moves. Uncanny is the only word that comes to mind. I found myself watching Bohemian Rhapsody’s rendition of Queen’s Live AID performance, forgetting that I wasn’t being fascinated by Mercury; I was being fascinated by Malek and his portrayal. This praise goes out to the rest of the Queen members, too. Malek also managed to brilliantly flaunt that famous toothy Mercury smile without it interfering with his acting. It’s been said he has kept the fake teeth as a memory. As a huge biopic fan, I can usually tell when an actor immerses into their role. Malek didn’t have me questioning his authenticity and his understanding of Freddie Mercury whatsoever. Aside from the acting, Bohemian Rhapsody does a fantastic job in showing the process behind some of Queen’s most beloved songs like “Bohemian Rhapsody” and “We Will Rock You”. Showing the behind the scenes helped the film capture the essence Queen as not only a band, but also as four men who were each other’s family.

Though the film has its melodramatic moments and like all biopics, some inaccuracy, it’s still an outstanding film for Queen fans and movie fans. The movie stands as a reminder for both old and new generations of how legendary this band was and how missed their darling frontman is. Bohemian Rhapsody hits theaters hits theaters November 2nd, 2018 and it will surely rock you.