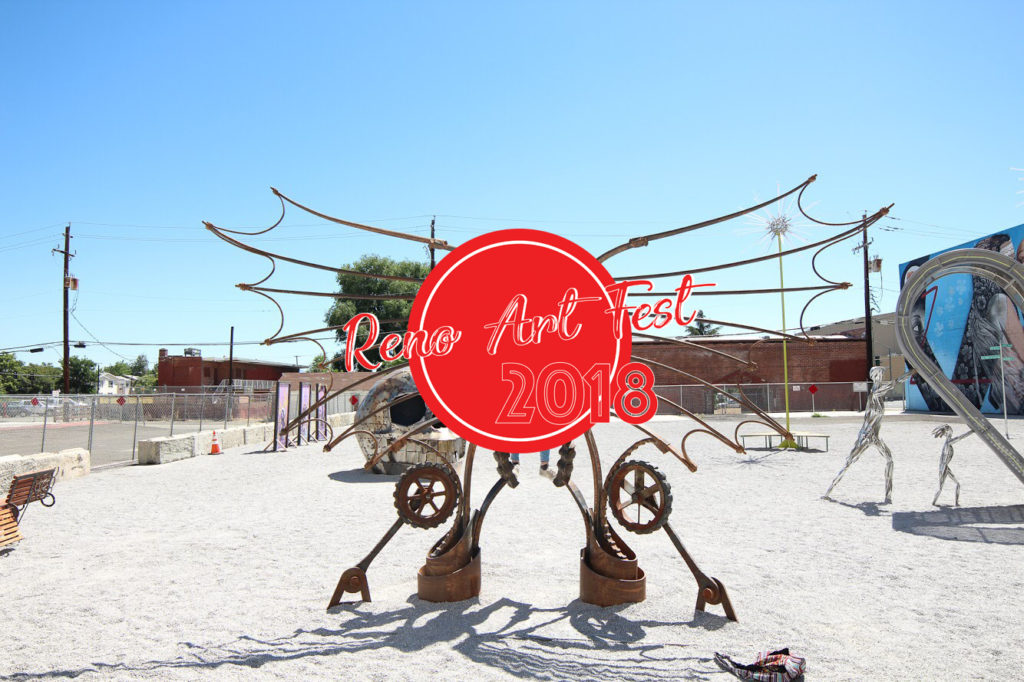 Artech, a local non-profit art organization, is putting on the Reno Art Fest this year. The event will run from Saturday, June 30th through Sunday, July 1st near the Playa Art Park in the heart of downtown, which the organization also created. The event will feature art sales and competitions, entertainment, food, and a parade. Maria Partridge, Executive Director of Artech, said that Art Fest is the overarching event, but there will be other things taking place at the same time such as the Circus Circus Mural Marathon which is a 24-hour competition where seven contestants have to each paint a mural that’s nearly 20 feet wide by 14 feet high to compete for prize money. There will also be Controlled Burn’s Fire Fest in which aerialists, drummers, and other fire performers perform while twirling around flames.

Partridge said the art competitions are a major portion of the event. “There’s around 50 artists that are regional and local who’ll have tents, and they will be selling jewelry, paintings, photographs, whatever they got juried in for,” said Partridge, “There’s cash awards of $4,000, and then Circus Circus Mural Marathon is $6,000 in cash awards.”

Partridge said that Artech has been largely influenced by Burning Man — strengthening their focus on collaborations. “We’re Burning Man inspired: interactivity, collaboration, community, all of that,” she said. Partridge is excited that Reno Art Fest will feature this sort of collaboration. “I’m most excited about the fact that this is a collaborative art event. It makes each one of the elements actually stronger because we all bring a different audience,” said Partridge, “I really believe in collaborations and trying to create a larger event, instead of a bunch of small events because these all kind of speak to each other and complement each other.”

Partridge said that Artech wants to focus on art and civic engagement with things like the Playa Art Park which is a community gathering spot in an empty lot downtown that features sculptures from past Burning Man festivals and a giant mural to give visitors a Burning Man taste year-round. Instead of having the event at a space that’s more upscael, Partridge said she wanted it to be in the heart of Reno off of Virginia street to add the urban grittiness to the feel of the event which is why they chose the Playa Art Park as the location.

According to Partridge, Artech is hoping to create another Playa Art Park next year on the organization’s property off of Woodland Avenue. “We store a lot of Burning Man art, and we’re hoping that as of next year we can actually set up a bunch of that artwork on the property and create an Artech Playa Art Park back there,” said Partridge, “We could have tours and things like that — invite the public to come see what we’re doing. Right now we’re kind of a hidden secret.”

Be sure to swing by Art Fest happening this weekend to take in all that the festival has to offer.