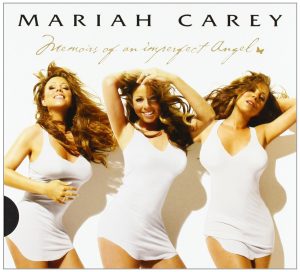 For many diehards, the title “Memoirs of an Imperfect Angel” is expected from someone like Carey, who gives her albums grandiose titles like 2005’s “The Emancipation of Mimi.” Being her 12th studio album, Carey wanted to make a record dedicated to all types of fans with music for those who love 1997’s “Butterfly” and other older work. The album photoshoot even recreates her 1990 debut look with the classic little black dress and brunette curls—serving as a full circle nostalgic moment while staying true to her current self.