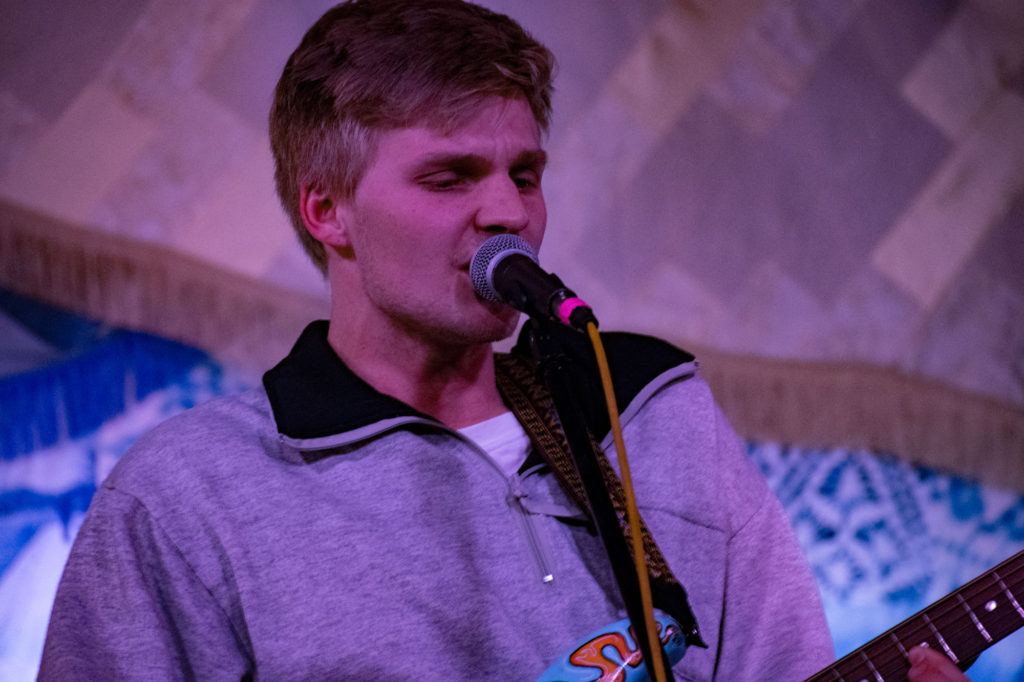 An intimate, eclectic crowd gathered in Reno’s Holland Project for Animals in the Attic. Spencer Rakela, frontman and co-guitarist along with Clayton LaFlamme on keyboard, Mitchell Grimenstein on drums, and Stefan Sorgea on guitar rocked Holland’s little corners with their bouncy and undoubtedly California-inspired sound.

Under the disco ball Rakela walked onto the stage with his unusual but groovy aquamarine guitar with a psychedelic orange sun painted on it. After setting up, the band welcomed Reno with “Not Foolin’” off of their 2016 studio album Half-asleep Surf. A timid drum accompanied by keyboard and guitar began to play. Shortly after, animated chords began which became the song’s recurring pattern. Words dreamingly poured, “When you wonder why you’re low/ know that I’m right here/ when you wonder what is wrong/ know that you have two arms to keep you strong.” The small audience bopped their heads to the beat of the comforting lullaby-esque tune, and I couldn’t help but notice LaFlamme’s cheerful bop too. The band considers “Not Foolin’” one of the most fun songs to play and their favorite to play too.

“I think I write the best music after meditating. I try to be in a very calm state. I’ve always talked about writing our music in a tranquil state to have a peaceful vibe. We want people to feel calm when they listen to our music,” said Rakela in an interview with me before the show. As the show went on, the boys performed their relaxed tunes with positive messages and exchanged smiles throughout.  Tunes like “You are the Ocean” and their closing number, “Take Care”, conveyed this peace Rakela mentioned. The need Animals in the Attic have to make feel-good music that distracts people from negativity is something truly worth admiring.

What’s next for this band? A new album with Mitchell Grimenstein and Stefan Sorgea on the record. Their last album Half-asleep Surf was recorded back in 2016 when the band consisted of Rakela, LaFlamme, and their old drummer. “Stefan and Mitch aren’t on the last album which makes [performing their old songs] a different experience live, but we like it that way.” The untitled album is set to be released May of 2018. Didn’t catch them live? Animals in the Attic adore Reno and with a new album coming in the near future, maybe they’ll come back to visit us. Can’t wait until May? Catch up on their wonderful album Half-asleep Surf! 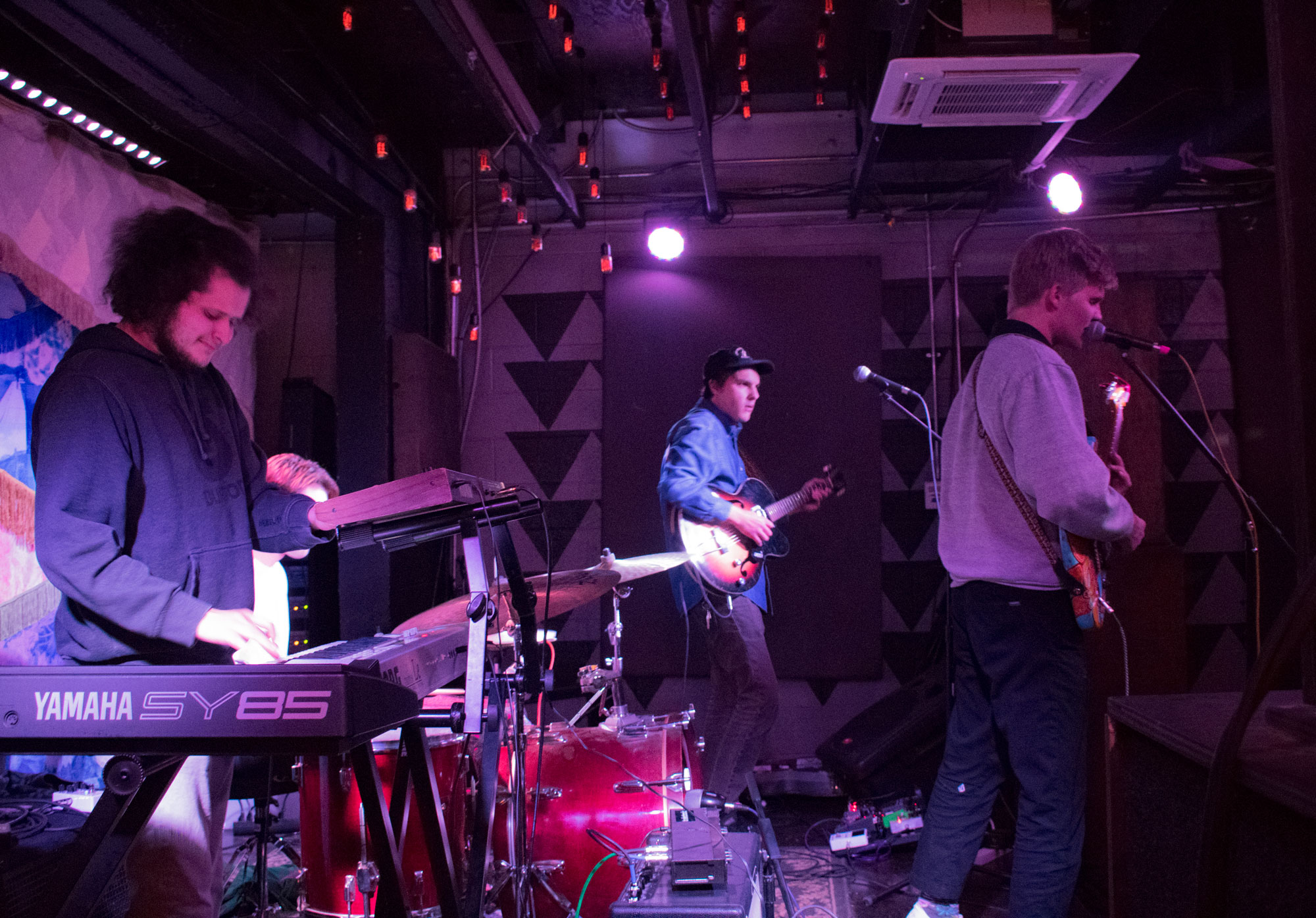