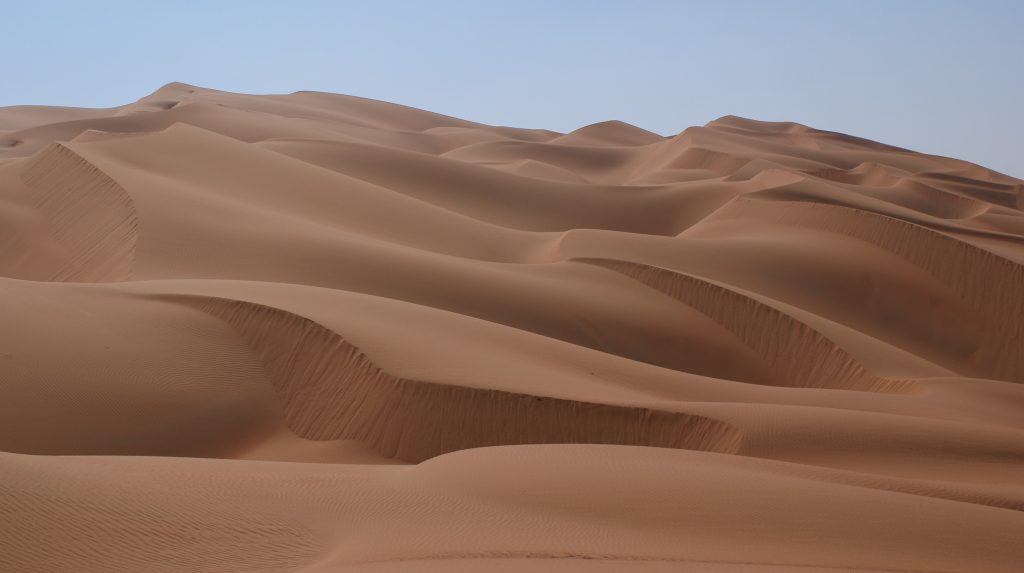 In Max Barbakow’s feature film, “Palm Springs,” he explores the concept of the “time loop,” while also seamlessly tying in deeper messages about life throughout the course of the movie. The film made its debut in January at the Sundance film festival, receiving high praise all around. After its official release on the streaming site Hulu, the movie created buzz once again as it began trending on twitter. I knew then that I had to watch it and judge for myself if it was worth the hype. I wasn’t sure what to expect when I sat down to watch this film, but one thing is certain–it did not disappoint.

“Palm Springs” follows the seemingly normal day of Nyles (played by Andy Samberg), as he attends a wedding. The day slowly plays out and we are introduced to more of the characters, such as the bride’s older sister, Sarah (Cristin Milioti). Nyles and Sarah meet and quickly form a bond that leads to an intimate moment in the desert near their hotel. But, after an odd chain of events, it is revealed that Nyles has been stuck in a time loop the whole time. How long he has been in this time loop is unclear, but the effects on his personality are more easily noticeable. His aloof and go-with-the-flow attitude seem to be the result of living the same day over and over again. When Sarah finds herself stuck in this time loop as well, she has a much different reaction. She tries to exit the cycle, but finds that she truly is stuck for good. With this in mind, she begins to spend more time with Nyles doing hilariously absurd things, simply because they can. Along the way the two cross paths with a man named Roy (J.K. Simmons), who has vowed to get revenge on Nyles for bringing him into the time loop after a night of partying together turned bad. Without giving too much away, this streak of reckless behavior does not last. Sarah comes to the conclusion that she doesn’t want to live in the loop forever, so she makes a plan to exit. Nyles finds comfort in Roy, who gives up on his plot of revenge after realizing that he is wasting his time being angry when he could be focusing on the positives of the situation instead. In the end, Sarah and Nyles go through with her plan, knowing that no matter what happens they want to stay together.

Unlike most romcoms, this movie focuses very little on the kind of romantic love that most of us are used to seeing in this genre of movie. Instead, Barbakow chose to take a humorous approach to discussing more serious topics such as feeling trapped in our lives and the importance of finding joy in what we have. He created two endearingly flawed main characters, played quite convincingly by Samburg and Milioti, who embody the theme of the movie so incredibly well.

“Palm Springs” showcases how the mistakes we make can loom over us if left ignored. But it also serves as a reminder that each day brings an opportunity to be better, and to fix our past

mistakes. Despite all of life’s ups and downs, there is always the possibility of a fresh start tomorrow. 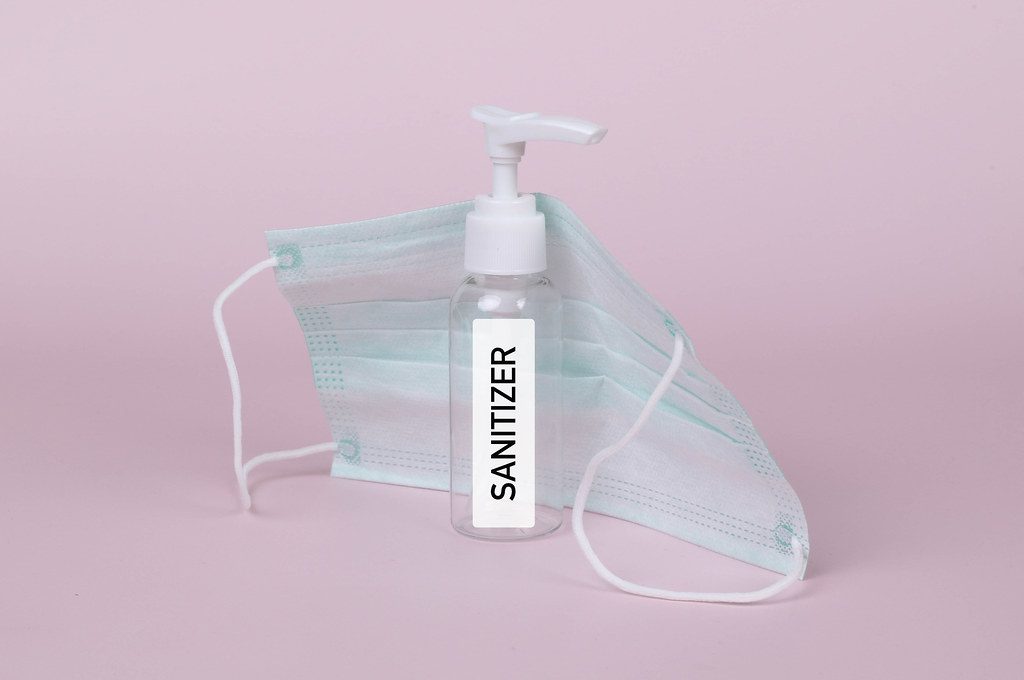 This past week in Nevada, Governor Steve Sisolak announced that masks are now mandatory in all public spaces, something that had been treated more as a ‘suggested social construct’ ever since we’ve begun lifting our social distancing via “phasing”. Many people celebrated Governor Sisolak‘s new mask policy as Nevada was setting a new record of coronavirus cases almost daily. Unfortunately, many people also frowned upon Governor Sisolak‘s new mandate, viewing it as an attack on their body, as well as their freedom to express themselves.

I first came across the notion that wearing a mask was a political opinion to some while checking out Governor Sisolak‘s Instagram page, where he posted “No shoes. No shirt. No mask. No service,” as his announcement regarding this new policy. Beneath, comments were piling up, with many people voicing their disdain for wearing a mask. One user even took to saying they would not wear a mask “as payback” to those who had been protesting and rioting during the recent Black Lives Matter movement.

Wearing a mask should not be included in someone’s political identity. Wearing a mask should have everything to do with wanting to keep yourself, your family, and others safe during this global pandemic. Unfortunately, we live in an age where our president announces his opinions as if they are fact- a dangerous game to play when it comes to our nation’s safety, not only regarding our military, but health as well.

President Donald Trump clearly does not take the Coronavirus seriously, even imploring American citizens to inject themselves with disinfectant in order to kill the virus during a press briefing on April 23, 2020. Other incriminating statements such as “If we stop testing right now, we’d have very few cases, if any,” were said by Trump during a White House event highlighting administrative actions to help senior citizens.

This allows his supporters to take COVID-19 less seriously; who would even suggest injecting disinfectant? Clearly, the whole virus is a joke if that’s the suggestion coming from the President, the man who took oath to “the best of my ability, preserve, protect and defend the Constitution of the United States,” a document that was written as a framework for future leaders so that coming generations could be guaranteed a healthier, more involved relationship with their government.

Many of Trump’s supporters come from a young, white, male demographic according to a Washington Post analysis from December 2016. This is significant because COVID-19 runs rampant in minority and low-income communities due to a severe lack of funding, as reported in a WebMd article published on May 6, 2020. Trump’s primary demographic are less likely to get COVID-19, allowing the narrative that “it’s not that bad” and that people “shouldn’t have to wear a mask” to live on.

We must remember that we aren’t just wearing a mask for our own safety; we are wearing masks to protect our immunocompromised friends and family, parents and grandparents, and those around us that may be forced to work during this pandemic in order to ensure that their family can eat another day. On June 5, 2020 the World Health Organization (WHO) announced that the “general public should wear non-medical masks where there is widespread transmission and when physical distancing is difficult, such as on public transport, in shops or in other confined or crowded environments”. Essentially, we must wear a mask in public in effort to flatten the curve.

This is not the first time Nevada has implemented a mandatory mask policy. In September of 1918, the Spanish Flu hit Las Vegas, the second largest city in Nevada at the time. Schools and other public spaces were closed, those traveling by train would have to go through a health inspection if stopping at any point within the state and consequently be quarantined if they showed any symptoms, and Las Vegas Mayor William Hawkins adopted Las Vegas City Ordinance number 73 – which required the wearing of face masks “to prevent the introduction and spread of Spanish Influenza or La Grippe into or with said City of Las Vegas,” as reported by The Nevada Independent.

Wearing a mask, quarantining, and halting travel have all proved effective when fighting the Spanish Flu a century ago, and it will prove effective now if we remove political identity from battling this deadly virus. The United States has always pushed the narrative of being the best in the world, but we cannot continue to claim so if we are the leading country in Coronavirus cases. We must all wear a mask.